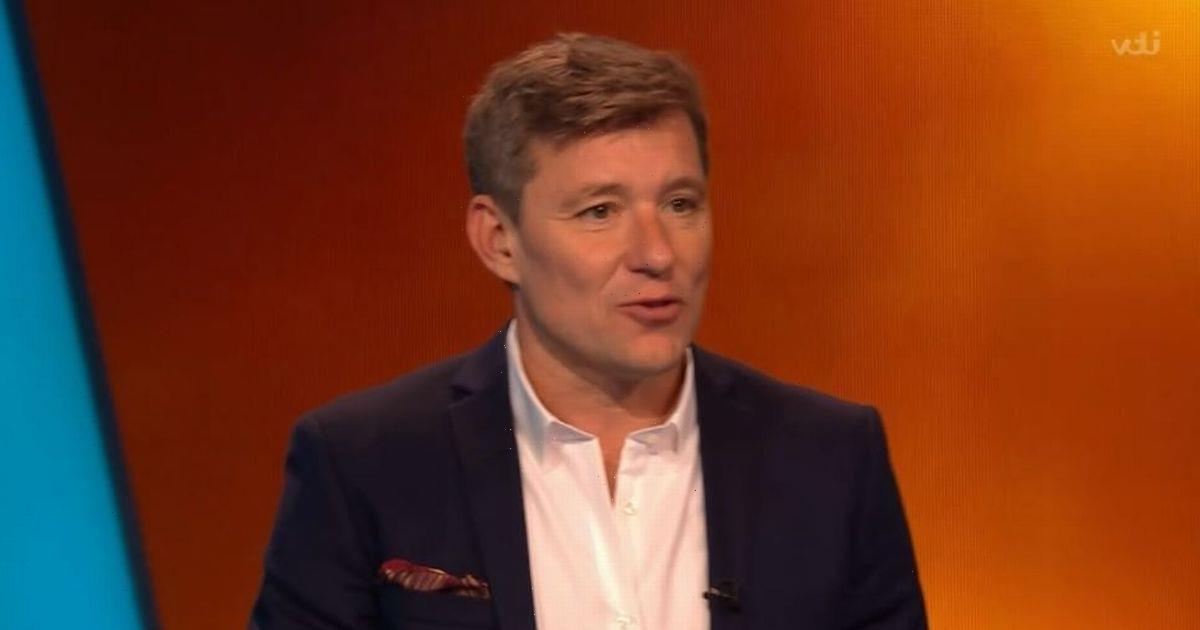 Tipping Point: Lucky Stars welcomed Ade Adepitan, Janette Manrara and Sarah Millican onto the show to try and win some cash for their chosen charity.

With a grand prize of £20,000, the celebrities all put their best foot forward as they attempted to take home the cash.

However, one question seemed to catch Ade off guard, which resulted in Ben Shephard using him as the target of his swipes as the host told him that he had "embarrassed his family".

One of the questions asked by Ben was regarding the EUFA Euro 2020 games, prompting Ben to ask which team was knocked out against England.

Janette immediately answered correctly, prompting Ben to say he was feeling "disappointed" in the other two who got the question wrong.

Ade questioned the fact it was called the 2020 tournament despite taking place in 2021.

Luckily, Ade was able to see the funny side of Ben's quip and joined the other two in laughing at the host as he congratulated Janette on her successful answer.

Despite the swipe, Ade remained successful, proving that subtle digs will not hold him back – with the star heading into round two with £1,900 after getting incredibly lucky with his counter success.

Janette was booted out of the show after winning £300 for her charity after failing to bring in any cash into her second round after passing on most of her fire-round questions.

Ben was forced to scold Janette after she failed to get a Strictly Come Dancing question right, leaving the host – and Janette – utterly dumbfounded.

Ade ultimately won the quiz show while Sarah headed home with £2,900 for her charity, The Samaritans, as she praised the charity for their "excellent work".