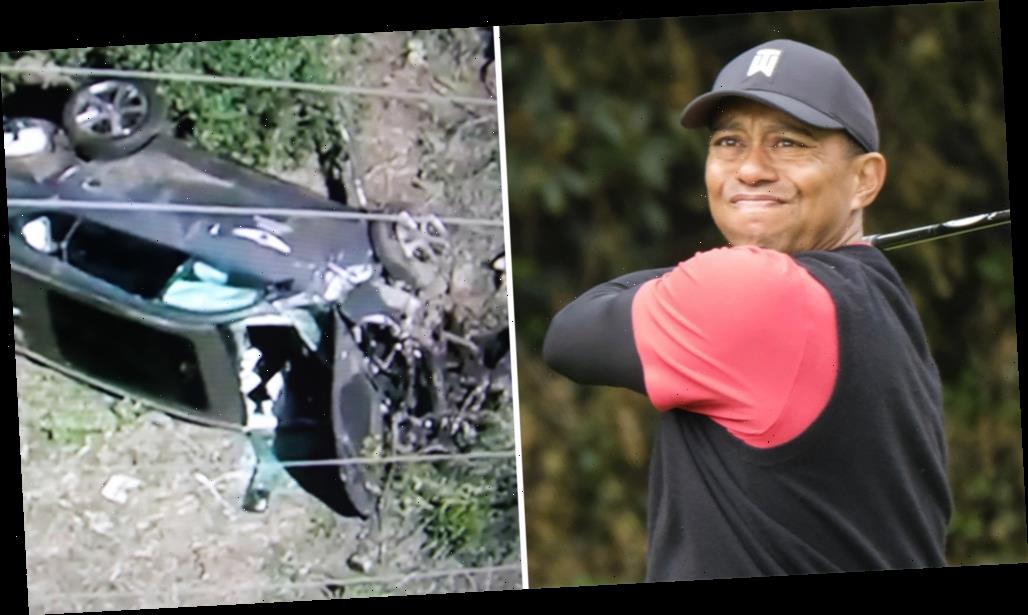 “Deputies at the time they did not see any evidence of impairment,” said Los Angeles County Sheriff Alex Villanueva today at a press conference on Tiger Woods’ car crash earlier Tuesday. “He was alive and he was conscious, and that’s the extent of that,” added the top cop 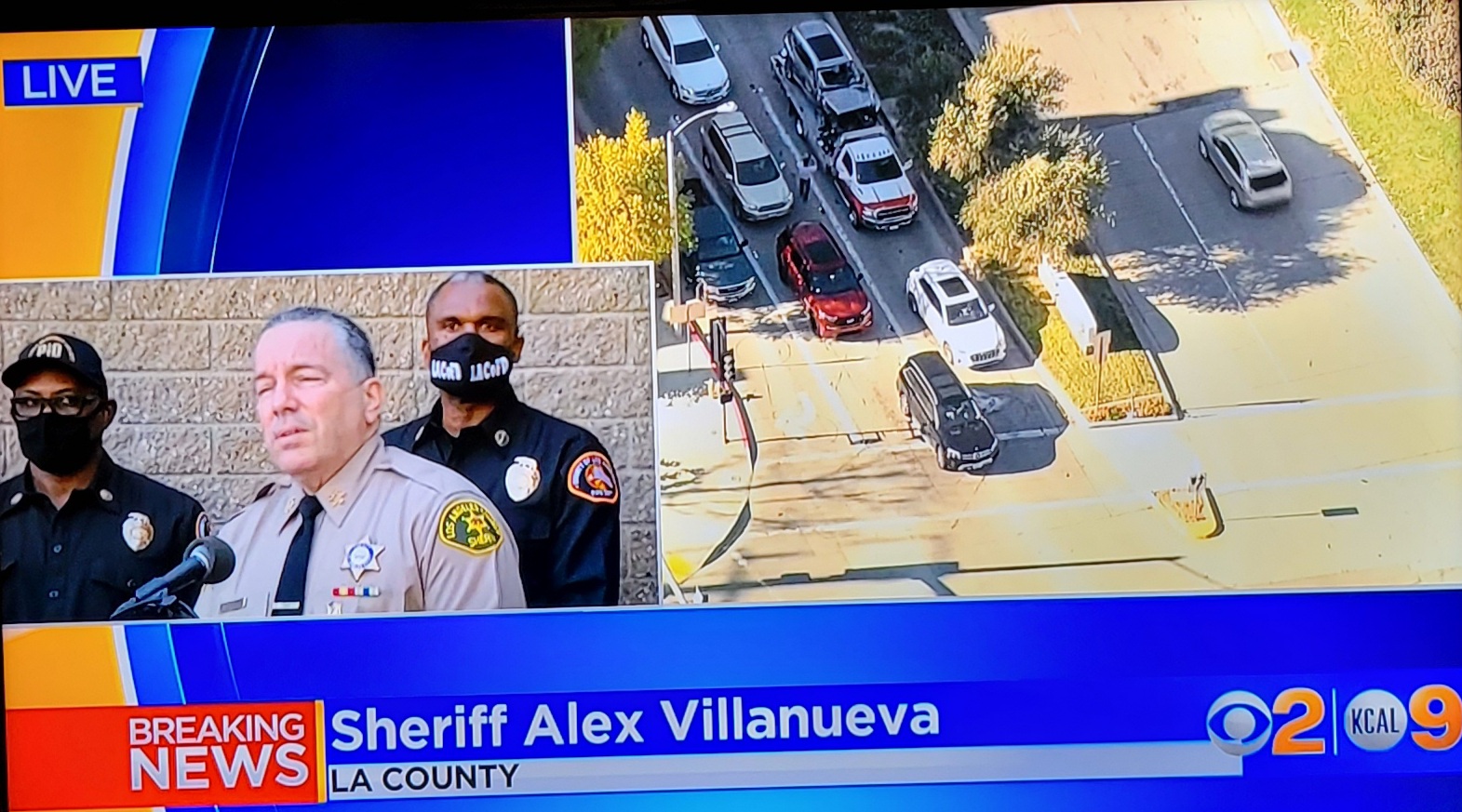 “It was brought to my attention that he had serious leg injuries and that was assessed at the incident,” noted LA County Fire Department chief Daryl Osby also. “There were no other life endangering injuries to my knowledge.”

The SUV Woods was driving northbound and downhill on Hawthorne Boulevard in Rancho Palos Verdes crossed the median, rolled and crashed off the side of the residential street just before 7:12 AM Tuesday.

Suffering from multiple injuries in both legs, the multiple PGA Tour winner was transported to the Harbor-UCLA Medical Center around 7:30 AM Tuesday because the facility is a trauma center Soon after the LACFD pulled a conscious Woods out of the shattered vehicle, the barrier breaking golfer was on the operating table and undergoing surgery, his agent Michael Steinberg confirmed in a statement. The infamous “jaws of life” were not used in getting Woods out of the SUV, Chief Osby confirmed this afternoon.

This is not the first time Woods has been involved in more than a fender bender.

In 2009, he crashed his car into a fire hydrant near his Florida home. The incident proved to be the opening first round in long unveiling of  his personal affairs that displayed a very different side to the supposedly clean cut sportsman. In 2017, police found the golfer asleep in his parked car, and he was arrest for DUI after failing a field sobriety test. After that crash, it was reported that Woods had a plethora of painkillers in his system, some of which had been prescribed due to a back surgery that same year.

Complicating matters for 45-year old Woods this time is the fact that he had back surgery again in January. The procedure, his fifth on the area, was to take out part of a pressurized disc that was on a nerve.

Various LASD deputies remained on the scene in the pricey and resort filled coastal town to investigated the wreck, as did members of the County Fire department. Manufactured by Genesis, Hyundai’s luxury division, the vehicle was removed from the crash site in the last hour on the back of a flat truck.

The Lomita station of the LASD will “be conducting the traffic investigation and it’ll take then from days to several weeks to get the whole thing together,” stated Sheriff Villanueva at today’s presser. Villanueva noted that area has a high frequency of accidents” because of the curved hill In fact, another accident occurred this morning right there as passing drivers became distracted looking at Woods’ crash site, Villanueva revealed in today’s press conference.

Seen playing gold with NBA legend Dwyane Wade and others yesterday at the Rolling Hills Country Club, Woods was out in LA to host a PGA Tour gathering and to film a series of videos for Gold Digest.