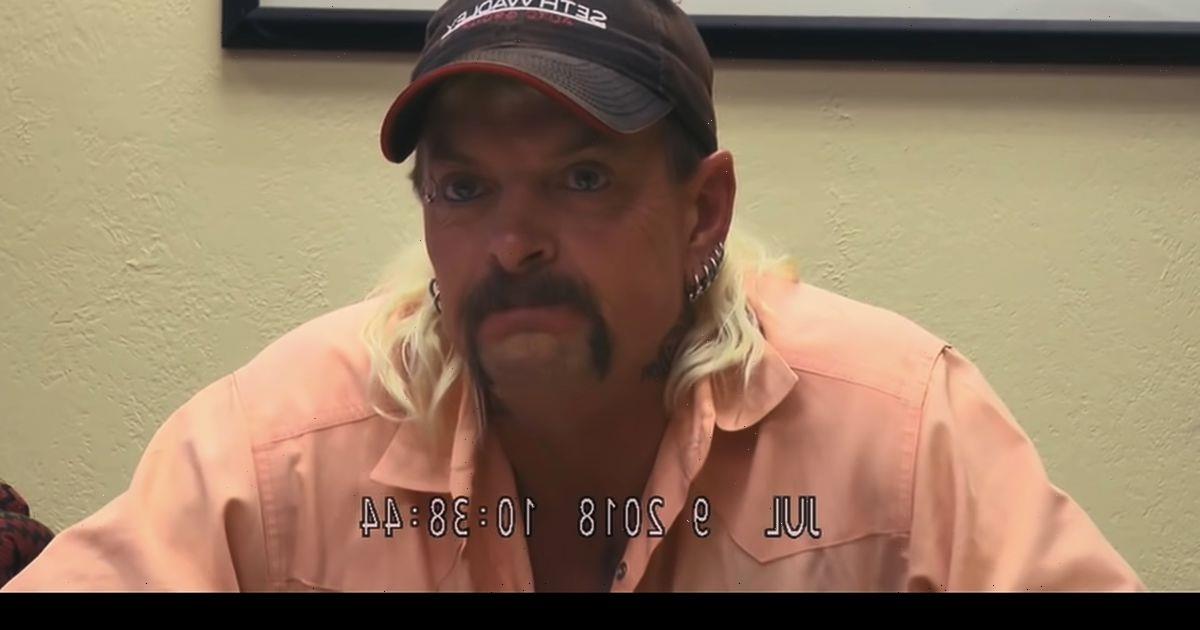 Netflix has released the trailer for the highly-anticipated Tiger King 2 and fans of the first rollercoaster series are truly in for a treat.

The next instalment looks set to pick up months down the line and shows where everyone from the first season is now.

Joe Exotic, 58, is locked up in prison and cool cat and kitten Carole Baskin, 60, has her sights on owning her nemesis’s zoo for big cats.

However there’s drama ahead as the authorities decide to start investigating the property and the show’s stars have shot to fame.

In the new promo, fans will remember Jeff Lowe, who reveals he’s become insanely rich from the lockdown success of season one.

“We have more money than God right now,” he says, sat next to a cage full of orange and white tigers.

Jeff is then seen getting into bed with two women, and there are also a host of other familiar faces back for more the action.

The camera crew also manage to interview Joe Exotic on the phone behind bars, where he is serving a 22-year sentence.

Exotic, whose real name is Joseph Maldonado-Passage, was convicted of trying to hire two different men to kill Baskin.

He was also convicted on a number of animal abuse charges.

But Exotic says he’s “innocent” in the explosive new trailer and claims: “Everybody from the zoo is out there making money and I’m paying the price for every one of them people. If you give a damn, it’s time to speak up.”

The star also delivers a chilling warning for the series ahead – saying that there are plenty others who will end up in jail, too.

“We’ve got to put our differences aside or we’re all gonna die in here,” he continues. The mystery around Baskin’s missing husband Don Lewis also carries on in the new series.

The narrator reveals the hunt takes viewers to Costa Rica and claims Lewis was “dealing with some shady characters” there.

Last season, Exotic made unsubstantiated claims that Big Cat Rescue CEO Baskin had “killed” her husband and “fed him to the tigers”.

The sanctuary owner strongly denied any involved in his appearance.

For all your latest updates on Netflix's new series, sign up to OK!'s daily newsletter.