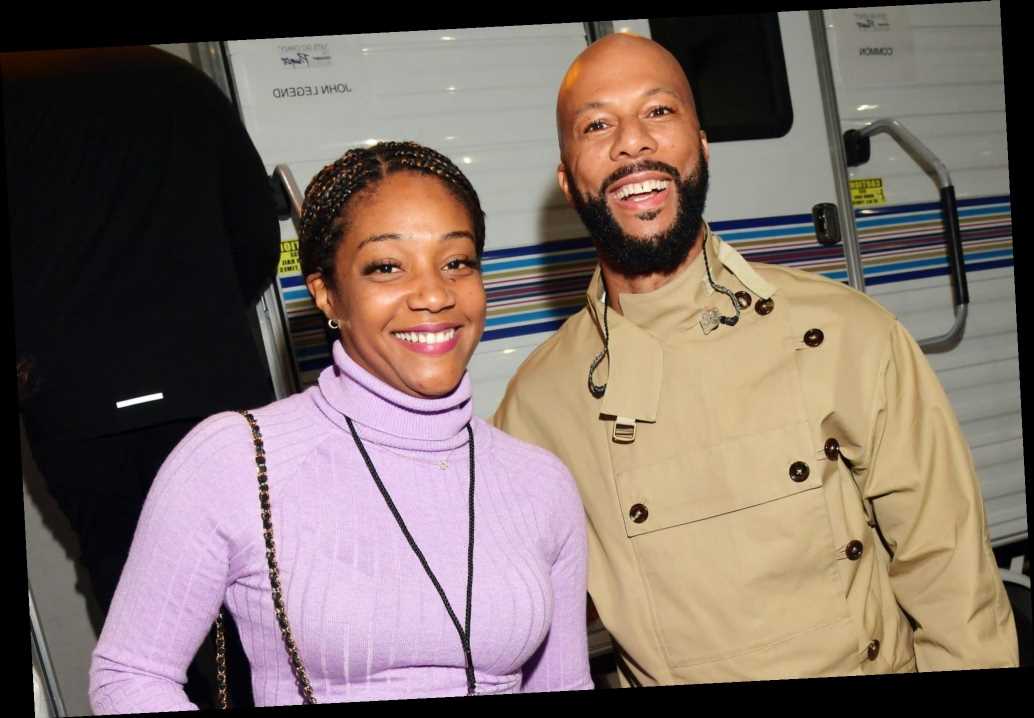 The actress was the first guest on The Ellen DeGeneres Show on Monday as the show returned to TV for the first time since the beginning of the coronavirus pandemic.

"Y'all are a very cute couple," Ellen DeGeneres told the Girls Trip star.

Grinning, Haddish said, "His house is bigger than my house so that’s nice."

When asked if the couple spent more time at the singer's home, Haddish said, "Yeah, we spend way more time at his [house]."

"I live in South Central LA and he came over to my house maybe once or twice. He lives in the Hills," Haddish said. "It’s nice. He has a pool. I just got a pool installed at my place. I blew it up myself."

The actress and comedian said there were perks to Common's home, adding, "His pool is definitely bigger than my pool. He’s got one of them lap pools."

But while the actress may enjoy a bigger pool, she revealed an interesting tidbit about herself.

"I prefer to get in the ocean and surf. I’m a surfer," she said. "You can call me the Black Gidget."

Haddish confirmed she and Common were dating on a recent episode of Steve-O's podcast, Steve-O’s Wild Ride.

"I am in a relationship," the Girls Trip star said, joking that her recently shaved head makes her and the rapper "twins."

The Night School star told Steve-O that her relationship with Common is "hands down the best" she's ever been in and revealed that she dropped 20 lbs. since they started dating.

"I feel more confident in me and it’s not him that’s doing it," she shared. "I’m just way happier and it’s like knowing I got somebody that cares about me, that really has my back. It seems like he does anyways. And I love it. I love him."

The rapper opened up about their relationship in August while on Live with Kelly and Ryan.

The Grammy winner said that he cared for the actress "a lot" and is "happy" in their relationship.

"She's a wonderful woman, a queen, and just a beautiful person, man," Common said. "You know, I just care for her a lot, enjoy her, and am grateful to have her in my life. I'm happy."

The pair were social distancing together at the beginning of the novel coronavirus (COVID-19) outbreak and attended a Black Lives Matter protest together in June.

Haddish and Common "became friends" after meeting on the set of 2019's The Kitchen, but it didn't become romantic until the duo's virtual Bumble date earlier this year.