Since her film debut in 2019 with “Someone Great,” Jennifer Kaytin Robinson has been determined to tell stories about “complicated, messy” women — including in the MCU.

Robinson, whose latest film “Do Revenge” is now streaming on Netflix, co-wrote “Thor: Love and Thunder” with director Taika Waititi, all while writing and helming the ’90s-inspired indie feature starring Maya Hawke and Camila Mendes as Eleanor and Drea, two “fucked up TaskRabbits” out to avenge one another’s high school horrors. The ensemble cast including Austin Abrams, Sophie Turner, Ava Capri, Maia Reficco, Paris Berelc, Talia Ryder, Jonathan Daviss, Rish Shah, and Alisha Boe, even dubbed themselves the “Revengers” with a special nod to Marvel’s “Avengers.”

While Robinson especially focused on penning the Valkyrie (Tessa Thompson) storyline for “Love and Thunder,” the “Hawkeye” consulting producer hasn’t written off directing her own standalone Marvel film someday.

“I would love to direct a big movie like Marvel or DC, but I think for me, it’s about the stories that I connect to,” Robinson told IndieWire. “I don’t necessarily think about it in terms of big or small movies. I approached writing ‘Unpregnant’ in the same way that I approached writing ‘Thor,’ and it’s just looking at a story. What is emotionally true about this? Who are these characters? What is real to these characters? And how do you make it the most entertaining kind of package that you can possibly make it?”

And Robinson is hoping Netflix also hasn’t ruled out a “Do Revenge” sequel just yet, with the ode to late ’90s high school dramedies landing comparisons with “Clueless,” “Cruel Intentions,” and other contemporary classics. 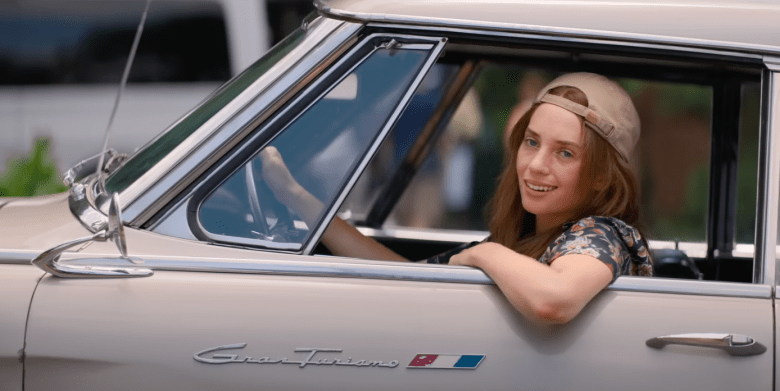 Maya Hawke in “Do Revenge”

“I will tell you here’s my sequel idea,” Robinson shared, when asked if a “Do Revenge” cinematic universe is on the rise. “Tell me what you think: I think the sequel should be ‘Deux Revenge’ and it’s about Sophie Turner coming for Drea and Eleanor.”

Co-lead star Hawke had her own sequel idea in mind, calling back to “Thelma & Louise,” especially after Drea and Eleanor drive off into the sunset together at the end of “Do Revenge.”

“It’d be fun to see Drea and Eleanor do a road trip movie,” Hawke teased. “They’re just graduating high school. So many kids go on European tours after they graduate high school. I think it’d be like a European tour, roadtrip movie post-high school, and they just get into trouble everywhere they go.”

“Do Revenge” is now streaming on Netflix.