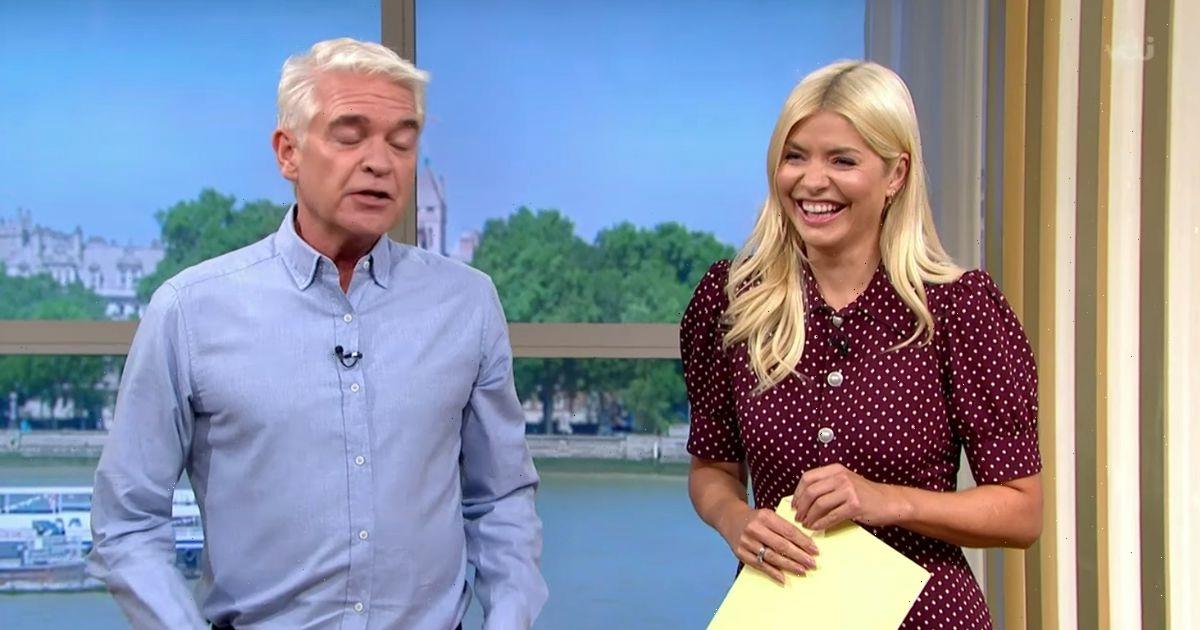 This Morning producers were forced to cut the planned opening segment of the show just seconds before going on air.

Presenters Phillip Schofield and Holly Willoughby returned to screens to front Thursday's instalment of the hit ITV show, but immediately revealed things hadn't gone to plan for the show's opening.

Phil, 60, explained that this was because they had two naked cyclists in the studio and when they watched it back, his "bits" were on show.

Holly opened the show by saying: "We did have something quite eye-opening," before Phil interjected: "We're going to show it later because the idea was it was going to be the opening of the show."

He added: "We've actually just pre-recorded it because with something like this you've got to be quite careful, we don't want to offend anybody.

"We've got two naked cyclists on a tandem who have cycled one thousand miles, raised over £5,000 for charity, so we've pre-recorded it, just watched it back and you can see his bits."

Holly giggled: "We tried to blur it out," as Phil chimed: "We're trying to cut away from it."

He went on to say that they have been forced to send the clip to edit and see if they can find a way to cover up the man's modesty.

"Put a big old aubergine emoji over it," Holly quipped as Phil couldn't help but laugh.

As Holly revealed they had "quite the morning," the Cube presenter went on to say that they were forced to change the sequence of the show during the opening titles.

"That was cutting it up to the wire," he explained, adding: "The decision was made during the opening titles."

"But we have to show you it because it's very good," giggled Holly