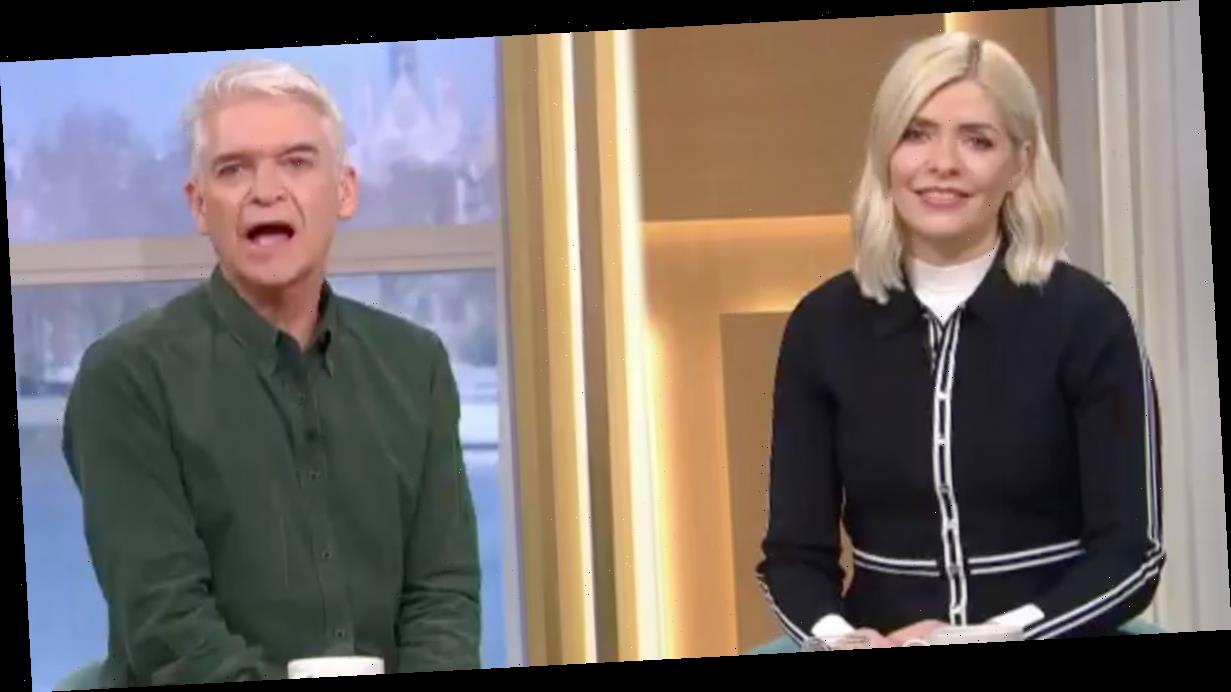 This Morning presenters Holly Willoughby and Phillip Schofield spoke to beauty expert Sabrina Hill during Wednesday's edition of the show about how to sort your hair out during lockdown.

But as Sabrina talked the pair through her tips and tricks on how to banish roots and keep your hair fresh, fans were distracted as they noticed something odd in the background.

They took to social media to comment on Sabrina's very dirty fish tank in the corner of the room she was sat in, with many urging the stylist to clean it urgently.

Others also asked if there were any fish in it, as there didn't seem to be any life in the tank whilst Sabrina was chatting through her hacks.

One posted: "Sabrina hill your fish tank looks manky….. you could have cleaned it out or at least try to hide it."

Another added: "She needs to wash that fish tank. Absolutely grim."

A third chipped in: "Those poor fish in your hair stylists tank!"

A fourth agreed as they said: "Worry less about your hair and more about your fish."

Meanwhile, Holly and Phil divided viewers on the show as they discussed the proper way to pronounce scone, a debate which has always proven to be controversial.

Holly admitted that she had to ask her mum about how to properly say the word before going to a baking segment with Donal Skehan.

She said: "As sales of jam and marmalade see a resurgence during lockdown, Donal is showing you how to make the perfect accompaniment – scones."

Holly slightly faltered over her words, as she admitted she stuttered because she was panicking about saying scone the wrong way.

She added: "I was so panicking about saying scone, that I think I said accompaniment wrong.:

Earlier in the show, Phillip had said: "It's the age old debate, now it's going to explode. Here we go. What goes on first? Cream or jam, and it's got to be jam."

Holly replied: "To be honest, I was stuck on scone or sc-o-ne, I had to ring my mum this morning and go 'what do you call something that you put jam and cream on?' and she went scone – and that's how I say it."

The conversation unsurprisingly sparked a reaction from viewers as they rushed to say the way they pronounced the word, but the debate wasn't settled as Holly and Phil gave up and tucked into the baked goods.

This Morning continues tomorrow at 10am on ITV.