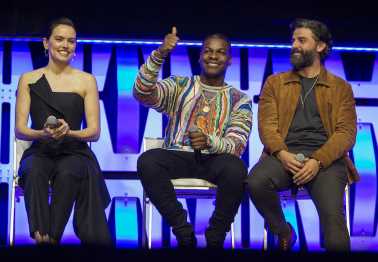 It’s been a few months since Disney announced the title for their upcoming Star Wars film. Star Wars: The Rise of Skywalker premieres in December. H, fans are already talking about potential plot details hidden in the title. Here’s why some fans don’t like the title of the ninth movie in the Star Wars saga. 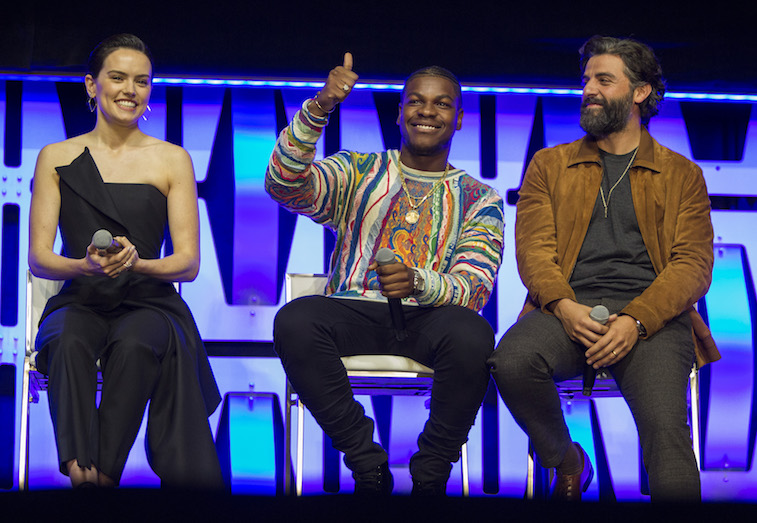 Why is Star Wars IX titled ‘The Rise of Skywalker’?

After months of anticipation, director J.J. Abrams helped title Star Wars: Episode 9. Star Wars announced the title would be The Rise of Skywalker and some fans were a little confused. When asked if this title has to do with Luke, Leia, Rey, or Kylo, Abrams stated this is a fitting title for how this sequel trilogy ends.

“Well, the title feels like it’s the right title for this movie,” Abrams said in an interview with Entertainment Tonight. “I know it’s provocative and asks a bunch of questions, but when you see the movie, you’ll see how it was intended and what it means. But in the flow of titles this title had a very big responsibility — it had to be the end of not only three movies, but nine movies. The idea of incorporating the movies that come before strangely is the story of the movie.”

“It’s the characters in the film inheriting everything that’s come before in previous generations, whether it’s the sins of the father or the wisdom that they’ve acquired, and the question is, is this new generation up to the task, can they stand up to what they have to,” the director continued. “So in a way, we came to this movie having inherited a lot, and the question can we do it is a question we ask ourselves every day.”

Opinions regarding the title and the teaser trailer but the upcoming Star Wars movie are split, to say the least. Some fans think this title is underwhelming and uninspired, complaining about it on social media.

“‘The Rise of Skywalker?’ An underwhelming title that sums up everything now wrong with Star Wars,” said one Twitter user. “No mystery, no sense of a great adventure, just shoehorning beloved aspects of the [original trilogy] into a broken trilogy that’s more sermon than storytelling.”

“‘Rise of Skywalker’ is a dumb title. Who ends a saga with ‘Rise of…?’ The statement denotes the beginning of a story, not the end of one. The only way for it to make sense is a genre jump in which Uncle Owen shows up as a zombie,” said another Twitter user.

Other fans are trying to decipher the meaning behind the title. On Twitter and Reddit, some fans posed different theories regarding the film name, from Rey being related to Luke to Kylo Ren turning to the light side.

“For those asking about the title: I think the ‘Rise of Skywalker’ is more of a metaphorical thing. ‘Skywalker’ is synonymous with ‘hope’ in the Star Wars universe. Honestly, I think that’s it. Unless Luke is a zombie,” said one Twitter user.

Some fans think there are secret meanings behind the title ‘Star Wars: The Rise of Skywalker’

There are a few different theories regarding what The Rise of Skywalker could mean exactly. Vulture explains that most of the theories revolve around Rey and Kylo Ren. One of the most prominent speculations is that Rey is a Skywalker. In Star Wars: The Last Jedi, Rey stated that her parents were “nobody.” However, some think there might be some secret connection that she might not even know.

Another theory states that Kylo Ren might be getting a redemption arc. As of right now, Ben Solo is the only descendant of a Skywalker, because he is Princess Leia’s son. Maybe he’ll finally turn to the light side to fight against Emperor Palpatine. Fans have to wait until December to learn more about Rey, Poe, Kylo, and the rest of the characters.

Star Wars: The Rise of Skywalker premieres in the United States on December 20, 2019.