In another busy week of season and series finales, NBC’s This Is Us and CBS’s NCIS season codas topped Tuesday night ratings and viewerships.

This Is Us rounded out its penultimate season with a shocking twist and more glimpses into the future of the Pearson family. While the season finale garnered a 0.8 rating in the 18-49 demographic and about 5.07M viewers, it dropped 28% in viewership and a fifth in ratings from its season premiere back in October (1.3, 7.07M). The hour-long season finale was up against the FBI: Most Wanted finale (0.5, 5.65M) and ABC’s After Floyd: The Year That Shook The World special (0.3, 1.38M).

NCIS had a major night drawing in 8.50M viewers and a 0.7 rating for its season 18 finale, bringing it to the viewership top for Tuesday night. The finale saw the exit of longtime series regular Emily Wickersham. While NCIS took the viewership crown, its Tuesday night performance fell from the season premiere in November (0,9, 10.06M)

In the 8p.m. to 10p.m. time slot, The Voice crowned a new victor in its performance-filled two-hour finale (0.7, 6.46M). While the latest cycle of The Voice saw Adam Levine’s return to the NBC music competition and musical numbers from guest stars including Justin Bieber, Gwen Stefanie, Saweetie, and Ben Platt, Tuesday’s special saw a three tenths drop in ratings and 15% fall in viewership from its season 19 finale in December (1.0, 7.63M). 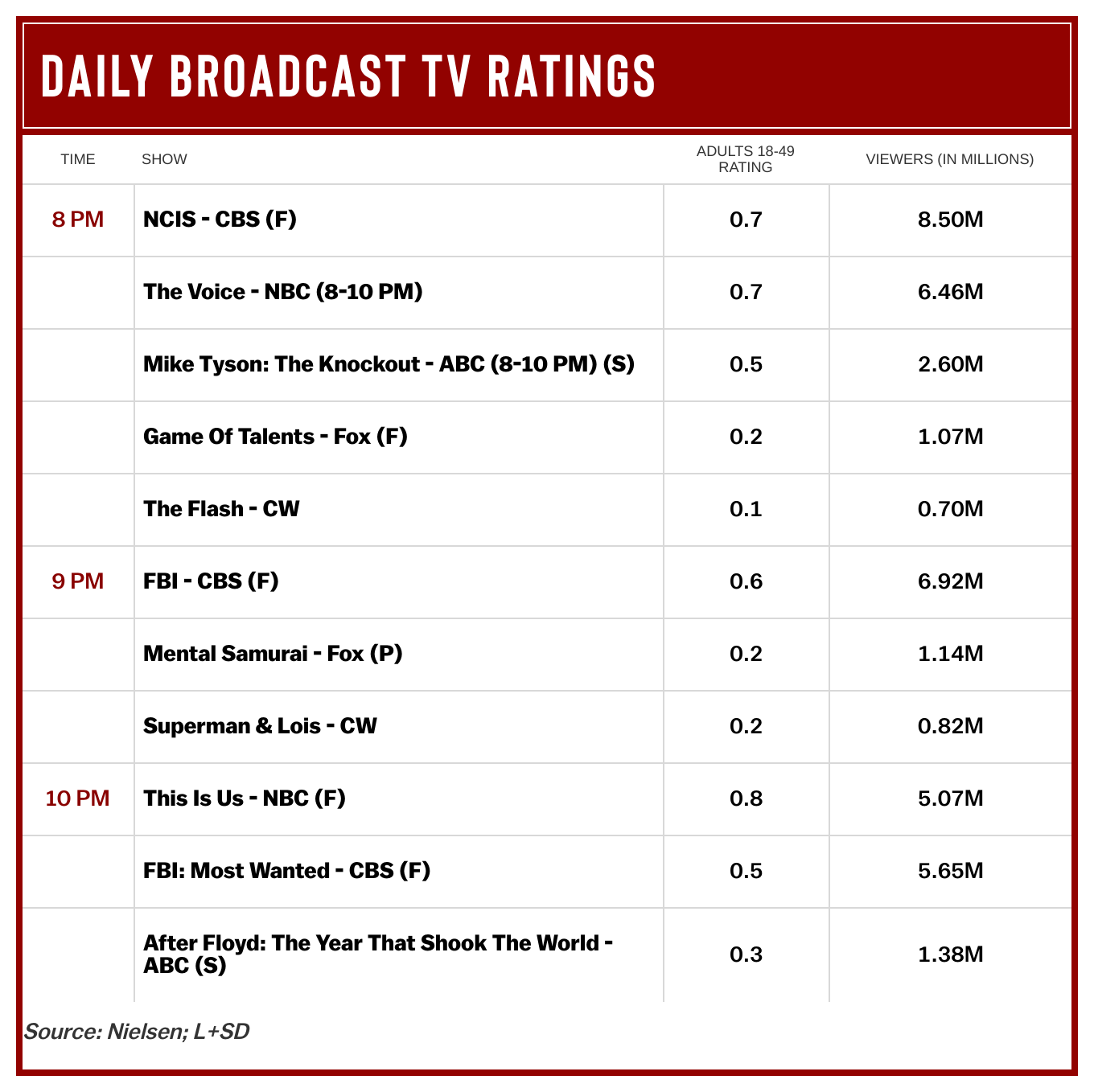