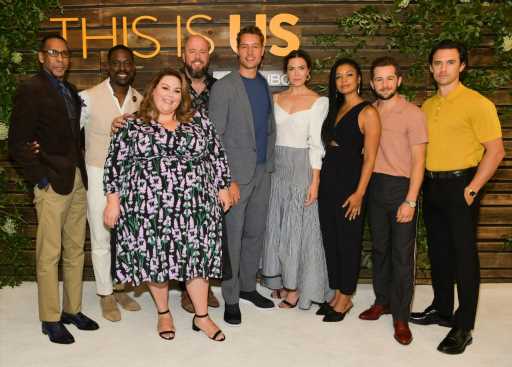 This Is Us season 4 is fast approaching and fans have been teased already with the promise of a “big twist,” “secret new cast members,” and “something big coming”… and now star Chris Sullivan is promising a “completely unexpected” season. Naturally, the cast is sworn to secrecy, but all the teasing points to another solid season of storytelling.

This Is Us fans have spent the last three years following the Pearson family’s stories and there have been a fair number of twists along the way. The writers aren’t done with the curveballs, it seems, as Sullivan, who plays Toby Damon, told PEOPLE Now: “The places where this season goes, I think they’ve said it all… it is completely unexpected.”

He continued (without revealing too much, naturally): “Whereveryou think we are going, we are going in a completely different direction. Theway the stories are unfolding is pretty amazing. Our writers and [show creator]Dan Fogelman have done a pretty amazing job over four seasons keeping peoplesurprised.”

Fogelman shared what fans can expect in season 4

During the Pancakes With the Pearsons event on August 10, Fogelman shared a vague explanation of what the season has in store. He teased: “I would say that there’s a lot of secret new cast members who are going to be a big deal, coming up, so that’s one part. I would say there’s going to be a big announcement or release about it at the end of this month.”

He continued, “I would say that in the series, we have whatI call little markers, little stakes we put in the ground that serve asgrounding points for the whole arc of the whole series, and I would say ourfirst two episodes of this season are two of those. So, it’s a big, bold,potentially polarizing — but in the best possible way — start to the season.”

During an appearance on Watch What Happens Live, Milo Ventimiglia was asked to give some details about a twist that was teased for This Is Us’ return.

Of course, he couldn’t share too much, but only gave the tiniest hint of what’s to come in This Is Us‘ upcoming season, explaining, “I can’t give away those f**king answers. I really can’t. Like… it’s just… the world expands. The world expands.”

How will This Is Us end?

Since This Is Us was renewed for three additional seasons, with its sixth (and likely final) season airing in 2022, there is still a lot of storytelling to come.

Fogelman told The Hollywood Reporter before the season 3 finale and before the show’s renewal, “We’re roughly in the middle of where the television series is going to go.” He added: “We never set out to make a television series that was going to last 18 seasons, and so we have a very direct plan. I have script pages I have written, and I’m writing that really deep, deep, deep into the future. We have a plan for what we’re going to do, and I know what the plan is.”

During an appearance on Late Night with Seth Meyers, Ventimiglia confirmed that he knows “the far-off” of how the series ends, noting, “But it’s also what I’ve been told. Things can always change. It’s a newspaper, you’ve gotta wait and see what’s gonna happen.”

He added, however, that fans will be pleased, noting: “But what I do know? It’s — it is really, truly beautiful.”