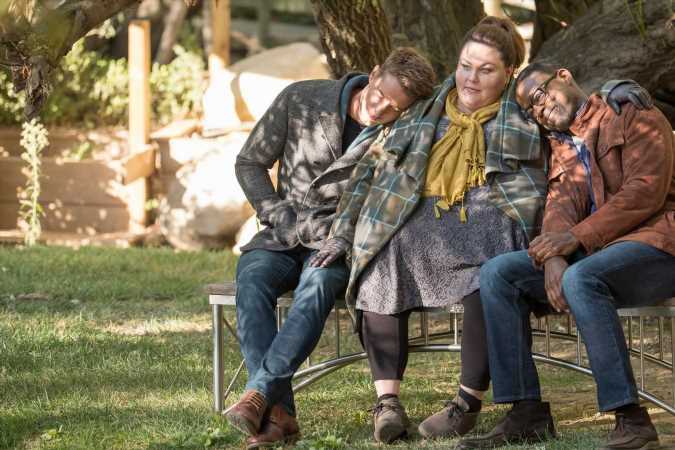 This Is Us is a non-linear family drama that follows the Pearson siblings through both growth and growing pains. While the series is anchored in the present by the thirtysomething trio — Kevin (Justin Hartley), Randall (Sterling K. Brown), and Kate (Chrissy Metz) — episodes often transport viewers to the past, where they see the Big Three as 9-year-olds (Parker Bates, Lonnie Chavis, McKenzie Hancsicsak) or teenagers (Logan Shroyer, Niles Fitch, Hannah Zeile).

It appears that you will soon or eventually spend time with the Big Three at their youngest age: 4 or 5 years old. (Yes,  the Big Three technically have been seen even earlier, as Jack (Milo Ventimiglia) and Rebecca (Mandy Moore) managed three newborns, but those were brief non-speaking roles — well, aside from some ambient crying.) This Is Us creator Dan Fogelman has tweeted out a photo of the young trio with just three words, “I am dead.” A rep for the show would not comment on the castings, but the TIU writers’ room Twitter account all but confirmed it by retweeting Fogelman’s photo and writing, “We can’t wait for you guys to meet these cuties. #Littlelest Big Three.”

Seeing a new era of the Big Three tracks with Fogelman’s recent comments to EW that season 4 is “going to be very ambitious and sprawling in terms of how it plays with time.” He also has been gathering footage of Kevin, Randall, and Kate at those two other young ages for the eventual series finale before they age out of that look.

Fogelman also had plenty to say about the season 3 finale, which you can read about here.

This Is Us returns to NBC with the season 4 premiere on Sept. 24.