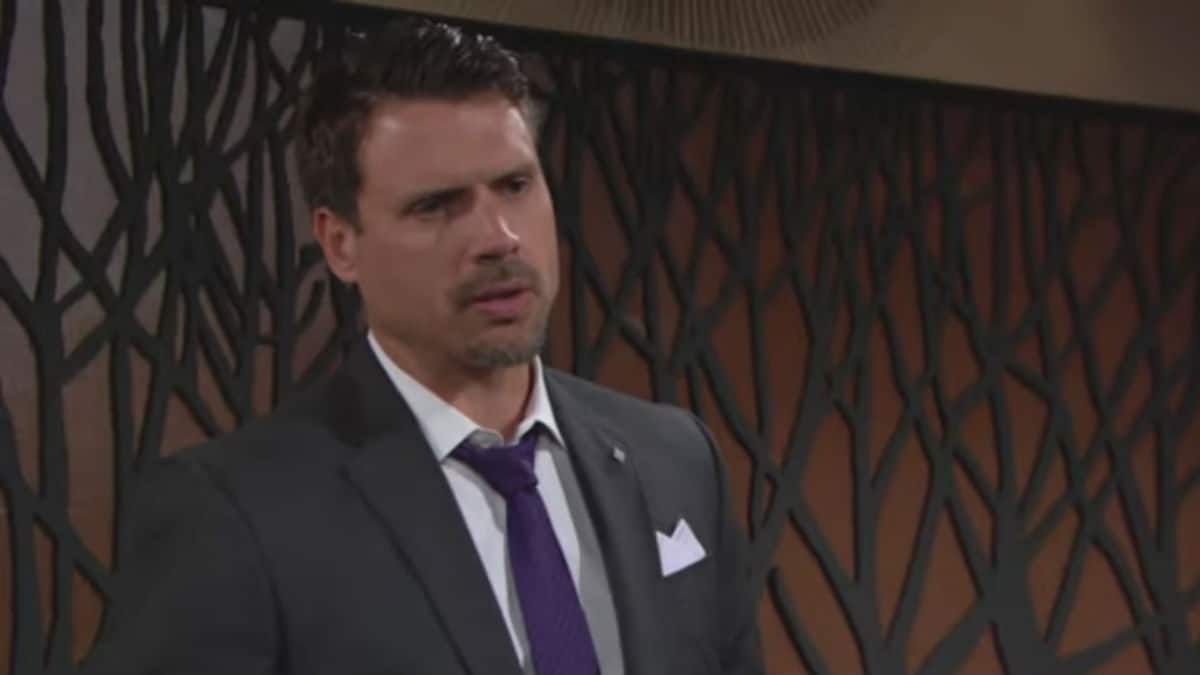 The Young and the Restless spoilers for Monday, August 5 tease that the action revolves around Nick (Joshua Morrow), Chelsea (Melissa Claire Egan), and Adam (Mark Grossman) as the fight between the brothers for little Christian heats up exponentially.

Nick wants to know what Chelsea plans to do with the $5 million that her dead hubby left her. So many shoes, so little time!

Later, Chelsea sees Billy (Jason Thompson) at Society and she spills that she’s staying in Genoa City. Talk turns to Adam wanting to end their custody battle, and that Connor will be coming to be with her. She denies that Adam would plant the Delia doll, so it’s unlikely she hates him entirely.

Elsewhere, Phyllis (Michelle Stafford) offers Adam $10 million for the Grand Phoenix hotel, but when he wants $15 million she declines. Hmm, Chelsea has $5 million just lying around, will they go in together?

Could Theo (Tyler Johnson) and Phyllis be on their way to an illicit union of some sort, hint-hint? They discuss the Grand Phoenix party, and it’s obvious they share some serious heat. It would be a kind of just desserts if Phyllis slept with Theo after Summer (Hunter King) slept with Billy, no?

Adam seems to be everywhere Monday, and he eventually makes his way to Chancellor Park for visitation with Christian. There, he’s confronted by an irate and insomniac Billy who reads him the riot act for tormenting him over Delia.

This doesn’t faze the cad, who then has the nerve to tell Nick that he’s going to inform Christian who his daddy is. Nick is furious.

Nick blows up at Michael (Christian LeBlanc), blaming him for what is about to happen to Christian.

Nick is a ticking time bomb when he realizes that Adam is probably blackmailing Michael.

Will Nick go off, and if so on who?

Be sure to tune in and find out!

The Young and the Restless airs weekdays on CBS.