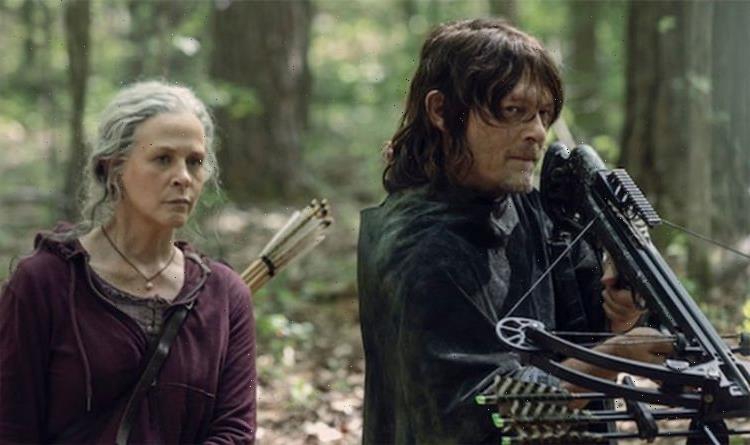 After it was announced last year that fan-favourite characters Daryl (played by Norman Reedus) and Carol (Melissa McBride) would be receiving their own AMC spin-off series, The Walking Dead viewers were delighted that a new series would further explore the close duo. The creators have now offered an update on the new series ahead of TWD season 11’s debut later this year and teased how the two dramas will connect.

Showrunner Angela Kang and Scott M Gimple announced that a Daryl and Carol spin-off would be arriving after the conclusion of The Walking Dead’s 11th and final season.

As viewers have speculated how the series will move forward with the characters, Kang has offered an update on the series.

She confirmed on the Deadline podcast [via comicbook.com] that there were plans for the spin-off series to “transition” Daryl and Carol into the series in 2023.

The sequel series will have a “lighter-toned road show” feel with Kang showrunning the show as well.

The spin-off will be a continuation of the new Daryl and Carol storylines explored in the upcoming 11th season.

Speaking of a clear transition for the characters, Kang said: “We’ve definitely talked about how we think we land them and where they kind of tip-off to.”

The showrunner later teased fans by giving an update on its current state. “We have pitched out what we think is the pilot. It’s all in development, which is on its own schedule,” she added.

Though Kang explained that some major details are still a long way off from being finalised.

The team is still in the process of “being broken by beats and written” but the showrunner did confirm that a plan was firmly in place.

“Hopefully it will work out,” she remarked.

Kang will co-write the pilot script with Gimple, The Walking Dead’s former showrunner, and stated the sequel will be a separate entity from the zombie drama.

Kang and Gimple promised they would do their best to make a distinctive and worthy series, especially as fans are so protective over the two beloved characters.

Gimple recently divulged a few details to The Los Angeles Times [via comicbook.com], saying: “With Daryl & Carol, I can’t say too much about it, but I will say it’s going to be very different from The Walking Dead.

“It’s going to have a different tone.”

He added that the sequel will have a “different mission churning under it” and walkers won’t be the only thing the duo will have to contend with as new characters will be “all around” them.

As the final season of The Walking Dead gears up for its return, many are wondering what the outcome of the two characters will be.

Some fans have speculated that Daryl and Carol won’t die in season 11 so the two can join the sequel series.

However, despite being described as a sequel series by the creators, could the spin-off feature flashbacks that’ll finally show Daryl and Carol before their apocalyptic transformations as hunters and killers?

Gimple promised fans that the untitled spin-off will be “a little lighter”, which should be a relief to fans who are preparing themselves for a brutal ending in season 11.

The final season of The Walking Dead is scheduled for release on August 23 on AMC.

Seasons 1 to 10 of The Walking Dead are available to watch on Star on Disney+ now.