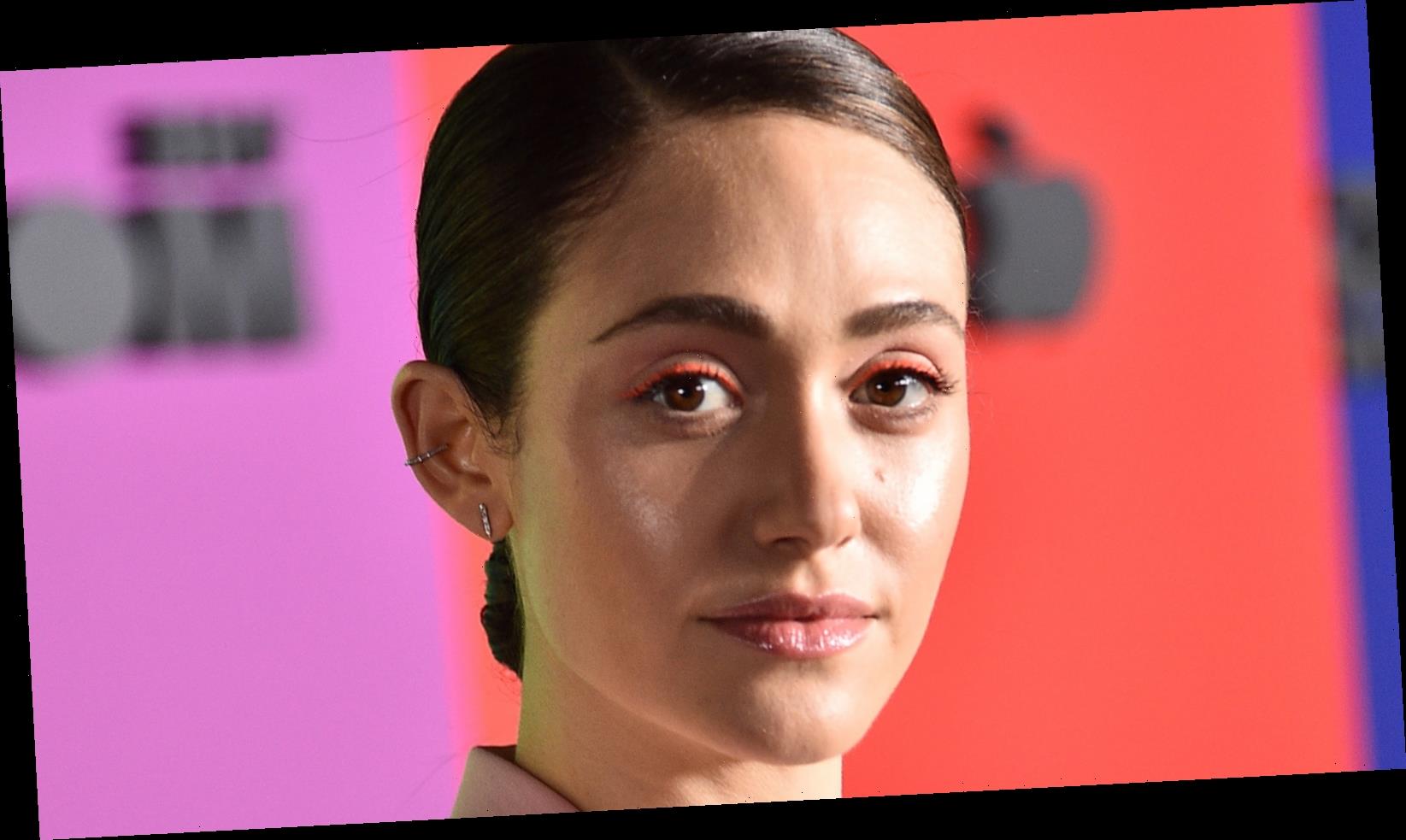 Before Emmy Rossum blossomed into the feminist icon and award-winning actor she is today, Rossum was on a path to stardom not unlike many child stars. The Shameless alum is worth an estimated $12 million, per Celebrity Net Worth, and famously sought equal pay per episode as compared to her male lead counterparts.

While Rossum has graced the screen in a slew of hit films like Phantom of the Opera and The Day After Tomorrow, her personal life has been equally as dramatic off-camera. The native New Yorker was raised by a single mother and trained in opera before turning her attention to film and TV acting, per Interview. Her fearlessness in front of the camera — namely during nude love scenes — self-admittedly complicated her love life. “It’s definitely weird on first dates when guys have already seen your boobs,” Rossum revealed to HuffPost in 2014.

Today, Rossum is happily married to Mr. Robot creator Sam Esmail and collaborated with him on multiple projects including the upcoming biopic Angelyne. However, Rossum endured a divorce prior to tying the knot with Esmail. Keep scrolling to find out about Rossum’s first husband!

Emmy Rossum was married to a music executive

Emmy Rossum certainly has a taste for music. Her operatic voice was on full display as Christine in Phantom of the Opera, and Rossum has even released a few solo albums. It’s no wonder then that her first husband worked in the music industry. Rossum wed record executive and music producer Justin Seigel in February 2008. The couple kept their union under wraps before finalizing their divorce only a year later, in September 2009. Per the New York Daily News, official documents stated “irreconcilable differences” as the reason for their split.

Seigel and Rossum began dating in 2007, but their 2009 divorce was rumored to have been due to Rossum’s romance with Counting Crows frontman Adam Duritz, a man more than 20 years Rossum’s senior. The duo was spotted “kissing throughout dinner” over Labor Day weekend in 2009, shortly before Seigel filed for divorce, per People. Although Seigel sought spousal support from Rossum, they agreed to a one-time settlement payment of $57,500, according to E! Rossum and Duritz then parted ways in 2010.

Rossum reflected on her failed marriage to InStyle in 2012. “Everyone messes up in relationships and has peaks and valleys in their personal lives,” she stated, while romantically linked to Shameless co-star Jacob Moore at the time. Eventually Rossum found her forever happiness with writer-producer Sam Esmail, and the two tied the knot in 2017, per People. All’s well that ends well!