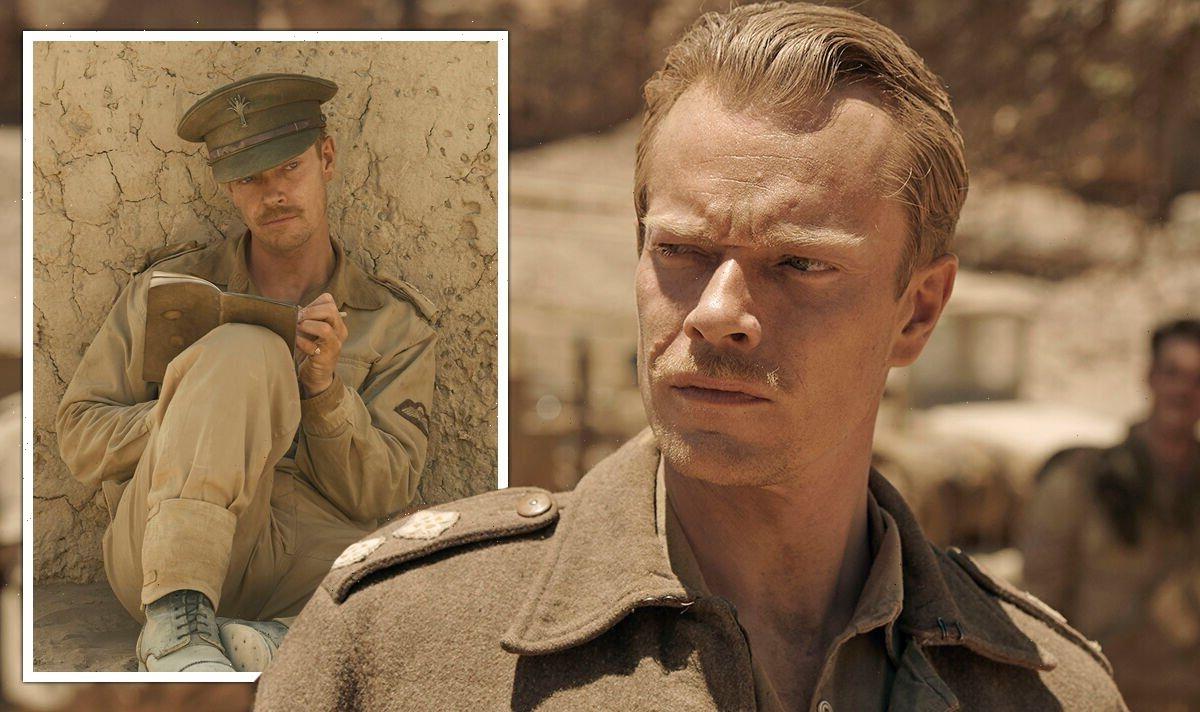 SAS Rogue Heroes continues on BBC One and the historical drama was inspired by the real-life soldiers who risked their lives. Jock Lewes (played by Alfie Allen) had been out on a mission with some of the regiment when he was struck by some debris from one of the exploding trucks. He ended up being killed by a gunshot from an enemy plane, and here’s all you need to know about what really happened to the hero.

How did the real Jock Lewes from SAS Rogue Heroes die?

The latest episode of SAS Rogue Heroes saw David Stirling (Connor Swindells) and his team take on their next mission in Libya.

David took some of the team to one airbase, meanwhile Jock and Paddy Mayne (Jack O’Connell) took other groups to separate locations.

The trio had been in competition with one another to see who could take down the most enemy planes and vehicles.

Before taking on his mission, Jock went down to the beach for a swim, where he reminisced about his love interest.

It was revealed in a letter he had asked her to marry him, but sadly he never lived to read her response.

After noticing an enemy plane overhead, the group abandoned their vehicles and ran for cover.

However, as Jock was making his getaway, one of the trucks exploded and a piece of shrapnel embedded itself in his leg.

As he struggled to run away, he was eventually hit in the chest with a bullet as the plane continued to fire at him.

His comrades had been instructed not to retrieve his body, so he remained where he fell.

In real life, had indeed been engaged to marry Mirren Barford, an Oxford undergraduate, before his death.

As is the case in the series, Jock’s vehicle was repeatedly attacked by Italian and German aircraft.

While returning fire near “Marble Arch” in El Gaus, he was reportedly hit in the thigh by a cannon round and died after about four minutes.

His death in the series was played out a little longer as he was seen having visions of Mirren turning down his marriage proposal.

The BBC drama saw one of his comrades attempt to pull him to safety, but he was shot just before the soldier reached him.

He was buried near the site of the attack but the exact whereabouts of his grave are unknown.

The real-life Jock is commemorated on the Alamein Memorial in Marina, Egypt.

While at Tobruk, Jock was approached by David Stirling who was keen to recruit him into ‘L’ Detachment Special Air Service Brigade.

While initially sceptical about Stirling’s character, Jock was won over and became the unit’s training officer.

The National Army Museum explained how Jock was awaiting a letter from his girlfriend when he died.

They said: “Sergeant Jim Almonds was with Lewes when he died, and wrote in his diary: ‘I thought Jock was one of the bravest men I have ever met, an officer and a gentleman.’

“Sadly, Lewes never received the letter recently sent by his girlfriend, Mirren Barford, in which she had accepted his proposal of marriage.”

In the series, David was seen reading Mirren’s response during an emotional scene as he struggled to come to terms with his friend’s untimely death.

SAS Rogue Heroes airs on BBC One on Sundays at 9pm. The whole series is available