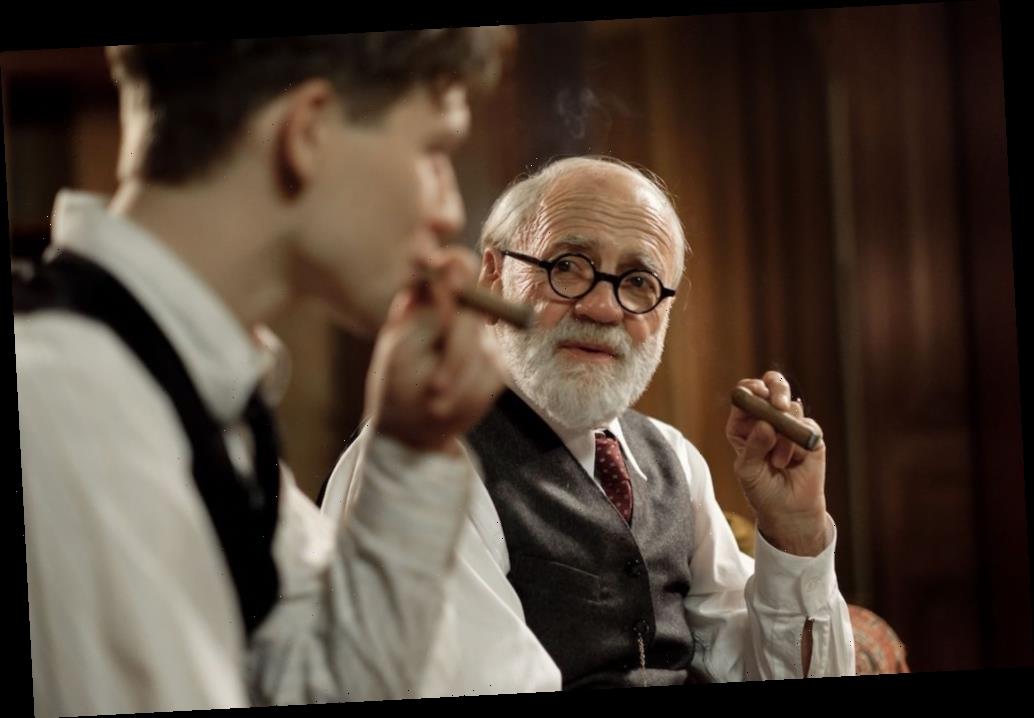 A cigar is never just a cigar where Sigmund Freud is concerned. The father of psychoanalysis serves as a supporting character in “The Tobacconist” — and none other than the great Bruno Ganz embodies the iconic smoker, making this one of the German actor’s last (and least bombastic) performances.

Ganz, whom many will recognize from his role as Adolf Hitler in “Downfall,” now plays one of the Führer’s many victims, a Jewish-born atheist forced to flee his comfortable Viennese home during the Anschluss of 1938, when Germany annexed Austria and occupied its capital, meeting with enthusiastic support from National Socialists and anti-Semites who agreed with his policies. This was an undeniably shameful time in Austria’s history, seen through the eyes of a naive young gentile who’s more concerned with falling in love and losing his virginity than with the rise of fascism, at least in TV director Nikolaus Leytner’s somewhat treacly telling.

Based on Robert Seethaler’s best-selling novel, “The Tobacconist” makes for the sort of satisfying middlebrow art house-friendly movie that, in a time before COVID-19, would have done well with elderly, educated patrons drawn to stories of World War II and the Holocaust. Whether those same audiences are able to find “The Tobacconist” on streaming is another question — though it’s worth the effort, as this German-language melodrama amounts to a relatively accessible if grossly oversimplified portrayal of a horrific period, brightened by the chemistry between Ganz and lead actor Simon Morzé.

It doesn’t take a professional shrink to recognize what the film is doing by introducing Morzé, who plays a country boy named Franz, sitting nude — or nearly — at the bottom of Attersee moments before lightning strikes the lake’s surface. Handsome in a Hitler Youth sort of way, Morzé isn’t shy about showing skin, and the film lures in viewers with this strapping lad’s sentimental education in order to deliver its critique of far uglier human behavior.

Following a family tragedy, Franz’s mother sends him to Vienna to work for an old lover, tolerance-minded tobacconist Otto Trsnjek (Johannes Krisch, who’s since appeared in the “Freud” TV series). But in his dreams, Franz frequently returns to Lake Atter, where chintzy visual effects serve to represent this otherwise uncomplicated young man’s subconscious anxieties. By day, he’s prone to fantasies, too, in which he acts out, only to have the film abruptly rewind and find him frozen passively in place (a cutesy device that quickly wears out its welcome).

What could possibly trouble a teen with Franz’s good looks? Turns out, he has questions of women on the mind, and the adult magazines Otto keeps under the counter only intensify his curiosity. When it comes to love, Franz fears he knows nothing of the subject, to which Freud — a frequent customer at the shop — retorts, “You don’t need to understand water to jump in it.” This is late-career Freud, who would flee to London and die a year later. For such a complex figure, Ganz depicts him as a benevolent but slightly pervy old codger, quick to dispense fortune-cookie relationship advice to a boy who, in return, volunteers updates on his libidinous pursuits.

At a local street fair, Franz falls for Anezka (Emma Drogunova), a gap-toothed Bohemian girl who speaks broken German but seems to know a thing or two more than he does about what men want from women. She kisses him on the cheek and disappears with her friends, leaving Franz despondent — while giving Freud a more interesting case to focus on than the spoiled housewives who pay him to complain on his couch.

While Franz is thus distracted with finding Anezka again, things start to change around Vienna — although the movie, with its very limited locations, seems somewhat challenged to convey the scale of the city’s transformation under German occupation. Scenes tend to take place in one of three or four courtyards, if not off camera altogether, giving the movie an almost theatrical feel. And yet, certain period details — including a shooting game in which contestants shoot Black faces for fun and a cabaret act involving an S&M Hitler — suggest the movie’s view of history isn’t quite as vanilla as it looks.

In the end, what makes “The Tobacconist” effective despite its limitations is the way it focuses on the experience of a “typical” Austrian — that is, a citizen without political convictions. Franz isn’t a hero, not by conventional terms, but an earnest stand-in for all those caught up in a society that preys on hate and division. Rather than standing idly by, he slowly comes to recognize that he must find a way to protest in his own way — a situation that has become relevant once again, both in Austria and the United States, as current events reveal disturbing echoes of the nationalism and bigotry “The Tobacconist” depicts.