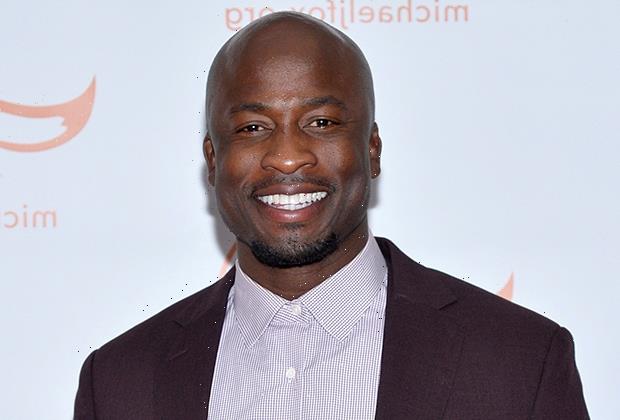 American Ninja Warrior commentator Akbar Gbajabiamila will fill one of The Talk‘s vacant chairs, having been named a permanent co-host for Season 12 of the CBS series.

Gbajabiamila, who served as a guest co-host on The Talk multiple times this summer, will join Sheryl Underwood, Amanda Kloots and recently announced addition Jerry O’Connell for Season 12, which premieres Monday, Sept. 13 at 2/1c.

“It is an absolute honor to be joining The Talk as a host! I am so excited for this new generation of such a long-standing establishment,” Gbajabiamila said in a statement. “To be a part of this diverse group is truly a dream and a new statement for The Talk. In a world as divided as ours, I look forward to showing up as my fun and authentic self every day and advocating for conversation over confrontation.”

Added Heather Gray, The Talk‘s executive producer and co-showrunner, “It’s a new day in daytime for Season 12 of The Talk, and we are thrilled to welcome Akbar to the family. His engaging personality, openness and quick wit really impressed us when he appeared as a guest co-host last season.”

Gbajabiamila, who also serves as a sports analyst for NFL Network, previously played professional football for the Miami Dolphins and the teams formerly known as the Oakland Raiders and the San Diego Chargers. He retired from the NFL in 2008.

It’s been a summer full of turnover at The Talk, which lost co-hosts Carrie Ann Inaba and Elaine Welteroth in August. Meanwhile, O’Connell was named the show’s first full-time male co-host in July, replacing Sharon Osbourne following her firing from the series in March.

Are you looking forward to Gbajabiamila’s stint on The Talk? Tell us in a comment below.