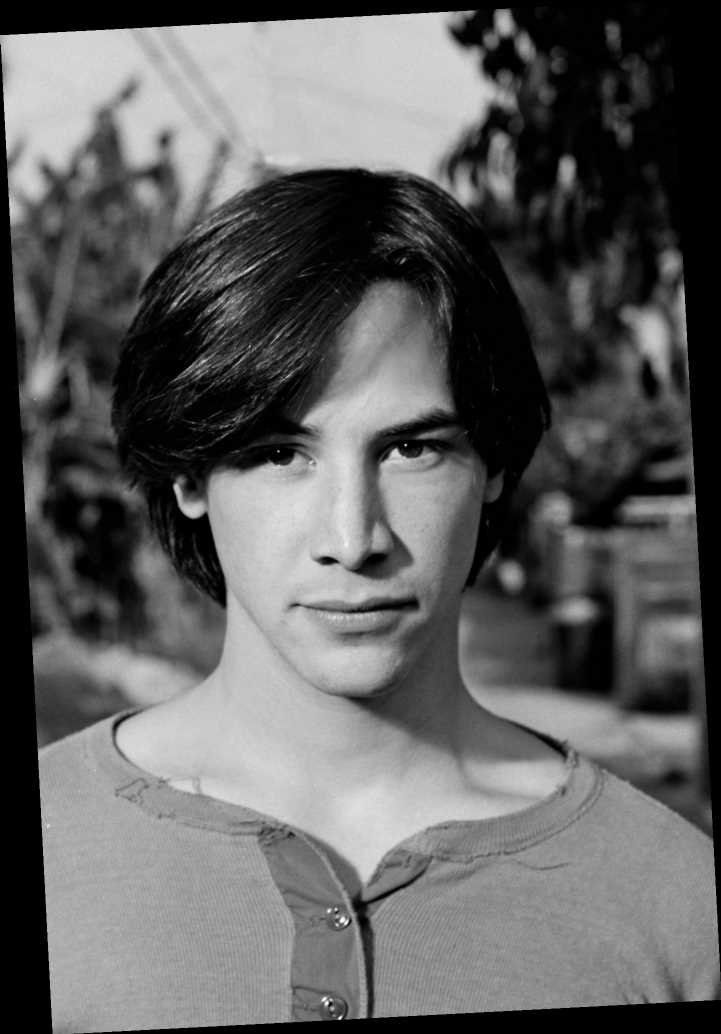 The actor runs his hands through his signature healthy head of hair. Here’s a shot of Reeves as a World War II veteran from his 1995 film, A Walk in the Clouds. It’s not often that fans get a glimpse of a smiling Reeves, so here he is in all his grinning glory. Costars Sandra Bullock and Reeves pose with their signatures and handprints engraved on cement blocks inside Planet Hollywood in 1994. If you’re going to take on the title of everyone’s Internet boyfriend, you must excel in both the arts and sports. Reeves obviously is great at both and this photo from 1988 with the actor posing next to Rob Lowe at a celebrity basketball event is hard proof. If anyone can pull off a Shakespearean detailed brown silk vest with a popped collar, it’s Reeves. Here he is in costume as Don John in the film adaptation of Shakespeare’s Much Ado About Nothing, which came out in 1993. Perhaps the actor wanted to shine a light on his intellectual side, going for this thoughtful pose during his 1987 Bill & Ted’s Excellent Adventure photo shoot. The Canadian native plays in a celebrity all-star hockey game. As fate would have it, Reeves was caught walking off the ice in full gear, looking as handsome as ever, with a bit of sweat glistening on his forehead. When you’re this pretty, you don’t need socks or shoes.

Beauty in Black and White Here’s a shot of Reeves with his heavenly fluffy bangs and the perfect amount of subtle beard stubble at the screening of his 1986 made-for-TV film Under the Influence. The actor, who played Siddhartha Gautama in the 1992 film Little Buddha, is seen on set showing off his toned arms and rock-hard chiseled abs. Drink up this action shot of Reeves in character as The Matrix‘s Neo back in 1999. Only true fans attended Reeves’ concerts back in the ’90s when he played bass in a grunge band called Dogstar.