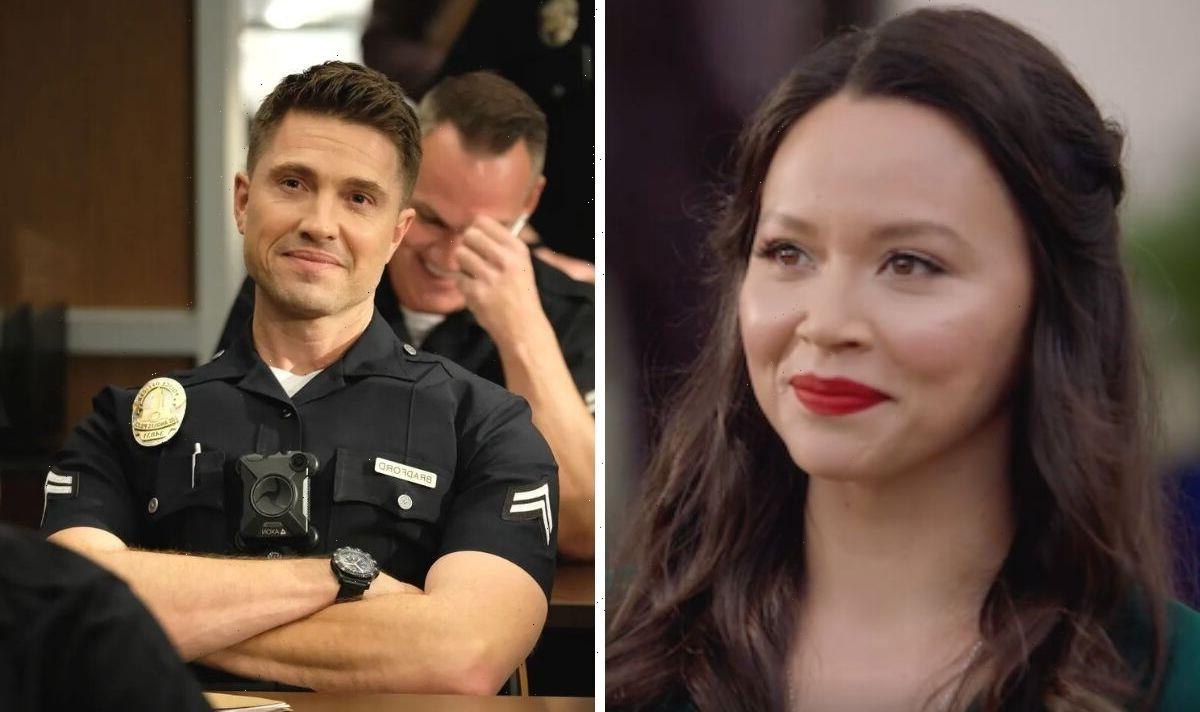 The Rookie: Trailer for season finale 'Day In The Hole'

ABC’s procedural drama The Rookie officially came to an end on Sunday after airing its season four finale. Although fans were gutted that the show will not be back on screens for a while, they shared their hopes for a season five romance after Chen (played by Melissa O’Neil) and Bradford (Eric Winter) shared a steamy kiss.

Throughout the series, fans have been rooting for the police officers Chen and Bradford to become an item.

Viewers have even dubbed the two “Chenford” after the series continued to prove how compatible they were but refused to get them together.

Despite this, fans have remained hopeful after the two shared a number of close calls after getting to know each other on a deeper level.

However, it seems that the two may no longer be keeping things strictly professional when season five returns after they shared a passionate smooch.

The kiss sent fans into a huge frenzy on social media as they celebrated the fact that the two officers could potentially become an item.

@TVaddict1981 wrote: “Glad it was just a little kiss for now… can’t wait for them to blossom in Season 5, their chemistry is off the charts!!”

A second fan @Keeenly added: “I always forget how the show’s called The Rookie. It’s The Chenford Show to me.”

As @DCIbabes tweeted: “My [Chenford] heart is happy! The realization of feelings was played so great!”

@Brettxtwots added: “My [Chenford] LOVING SELF IS REALLY SATISFIED WITH THIS ENDING, can’t wait for season 5.”

While @SurfinCyn pleaded: “Thank you! We have been waiting for 4 years and you guys did not disappoint, please give us more Chenford next season!”

Chen and Bradford worked together on an undercover operation to crack down on drug dealers when the kiss took place.

They had initially met up to discuss the mission and get on the same page about going undercover together.

This was when they decided to kiss so if they did it undercover, it would not be their first time.

After a peck, Chen wasn’t satisfied, asked if that was it and then pulled him in for a real kiss.

As a romance had been hinted at since they were both rookies, this kiss may have just been the next stepping stone in the direction of a relationship.

In the past, there were a number of clues, including Bradford passing on a promotion to finish Chen’s training.

Fans will also remember when he rushed to save her after she was buried alive.

The two had also shared a vulnerable moment in season three with a late-night embrace when they were fearful after Detective Lopez (Alyssa Diaz) had been kidnapped.

The Rookie is available on ABC in the US. A UK release date has yet to be announced.