Paramount is having a great week.

Not only is “Top Gun: Maverick” projected to have the best Memorial Day weekend gross in perhaps 25 years (adjusting for inflation) with an estimated $156 million U.S./Canada gross through Monday, with nearly $300 million worldwide — they also dominate this week’s VOD charts, including placing #1 at Netflix.

Not bad when all of these films also are streaming (on Paramount + for subscribers). It’s bonus revenue for the studio, which has flourished in theaters as well this year. Of the seven releases to gross $100 million of more, they have had three, more than any of their competitors.

“Hedgehog,” which has had a surprising $185 million domestic gross, added home platforms 47 days after its theatrical start. The studio varies their releases film by film. “The Lost City” had about the same gap.

Don’t expect that for “Maverick.” The film is likely to have strength in theaters for an extended period. But the hands of Paramount execs might be tied. The website Puck has said they are committed to a 120 day window, which would be extreme, and also suggested they are trying to change that.

At first, a contractual commitment for so long a delay seems absurd. Multiple non-Paramount sources expressed doubt that it existed. But there is some credence. “Mission: Impossible — Fallout” in 2018 delayed any home showings for 117 days. The deal with Cruise and Skydance might have been on the same basis.

This was exceptional then. Pre-Covid practice was to permit PVOD as early as 70 days after theatrical release, VOD and physical retail after 90. But with both the “Mission” franchise and the chance for a “Top Gun” sequel so vital to Paramount, agreeing to this extreme window might have been necessary.

The interest whenever it transitions will of course be huge, despite the elevated theatrical experience “Maverick” offers. Evidence is that the film, despite being listed as a pre-buy (at $19.99) has been on the iTunes top 10 all weekend. The listing doesn’t indicate that it might not be available until late September.

The original “Top Gun” is #3 on iTunes, #9 on Google Play. Vudu, which calculates by revenue, doesn’t indicate that the $3.99 price is hurting its ranking. Rounding out the Paramount showings is “The Contractor” ($5.99), with the price for the same day theatrical and PVOD release reduced. 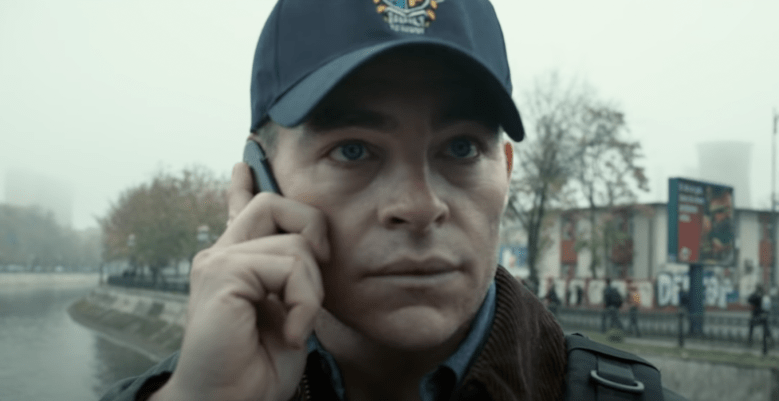 The Chris Pine-starring action film made two charts. Of note is a strange Cannes connection. Its director, Tarik Saleh, was just honored in Cannes for his much different “Boy from Egypt,” winning best screenplay. An exile from Egypt, he is now based in Sweden, clearly combining a two-track directorial career that bodes well for a successful future.

The other new entry this week, also on HBO Max, is “Fantastic Beasts: The Secrets of Dumbledore” (Warner Bros./$19.99). It had a modest debut, making only two charts initially.

The 1986 “Top Gun” as #1 at Netflix is a rare case of a film made before 2000 leading their movie viewing. That it ranked so high parallel to easy availability elsewhere is a testament to the profound interest in “Maverick.” It also is an unusual non-exclusive streaming entry for them.

Also new this week is “RRR,” the acclaimed Indian epic that grossed $11 million in U.S./Canada theaters since its late March opening. It is currently #6 on their chart, showing in a dubbed Hindi (not the original Telugu language) version.

Paramount is further represented there by “Senior Year,” at #2, which they sold to Netflix, as well as “Jackass 4.5,” the collection of outtakes not seen in their current “Jackass Forever.”

No new Netflix originals placed this week. #4 “Disappearance at Clifton Hill” might as well be. The 2020 IFC Midnight release had minor initial theatrical and VOD response.

iTunes and Google Play rank films daily by number of transactions. These are the listings for May 30. Distributors listed are current rights owners.

Vudu ranks by revenue, not transactions, which elevates Premium VOD titles. This list covers May 23-29

Most viewed, current ranking on Netflix’s daily chart on Monday, May 30; originals include both Netflix-produced and -acquired titles they initially presented in the U.S. Netflix publishes its own weekly top ten on Tuesdays based on time viewed.