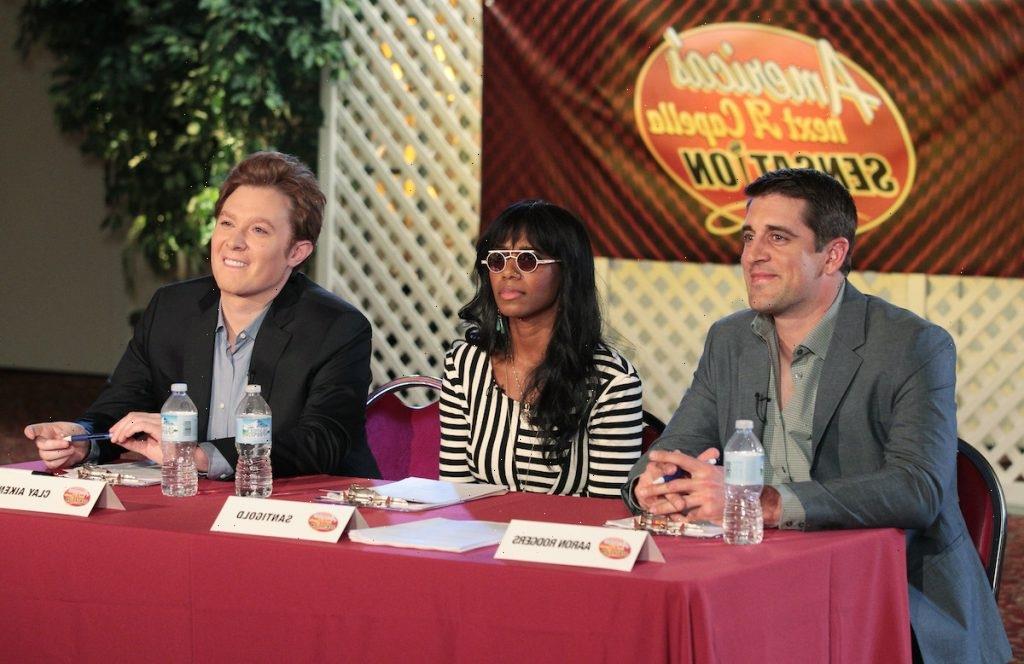 Aaron Rodgers is a huge fan of The Office. He enjoys the cringe-worthy comedy the former NBC series brings viewers. But the NFL star doesn’t think The Office would be as popular as it is if it debuted today. In the “cancel culture” we live in, Rodgers believes the comedy in The Office would offend more people than it entertained.

Before he ever saw the American version, the Green Bay Packers quarterback watched the British version of the series and fell in love. As discussed on Office actor Brian Baumgartner’s podcast The Office Deep Dive, Rodgers was surprised when NBC decided to bring the show to America. But once he saw the American cast, he was “hooked.”

“I’ve seen it so many times through,” Rodgers admitted. During the coronavirus (COVID-19) pandemic, he rewatched the series two and a half times.

The network almost canceled ‘The Office’ after season 1

The Office Deep Dive isn’t Baumgartner’s first foray in podcasting. He previously released An Oral History of The Office, a similar podcast giving fans an idea of why the show has such longevity. Part of that discussion revolved around The Office nearly getting canceled after it debuted.

At the time, NBC executive Kevin Reilly had to fight for The Office to succeed. After season 1’s disastrous ratings came in, that proved to be a challenge. When NBC renewed The Office for another season, showrunners had to create six episodes at half the price.

Fortunately, things started to fall into place in season 2. Thanks to Steve Carell‘s part in The 40-Year-Old Virgin, everyone was interested in the actor. But he was contracted as the lead in The Office, essentially making him untouchable for a while.

The lack of political correctness on ‘The Office’ wouldn’t fly with today’s audiences, says Aaron Rodgers

When The Office debuted in 2005, the world was a different place. Homophobia in the workplace could touched upon in an episode like “Gay Witch Hunt.”

For Rodgers, The Office came out at the perfect time. If the show were released today, the NFL star thinks cancel culture would have destroyed the things that make the show so enjoyable.

As Baumgartner mentioned in An Oral History of The Office, the writers would “poke at social issues that other shows would not.” For Rodgers, that’s part of what makes The Office so hilarious. But it’s also an aspect that might trigger many people today.

The Office highlights characters who “aren’t always [politically correct]” or “don’t always say the right thing.” For the quarterback, those people are relatable and one of the reasons the show is so successful. But those same characters might be the downfall of the show if The Office premiered now.