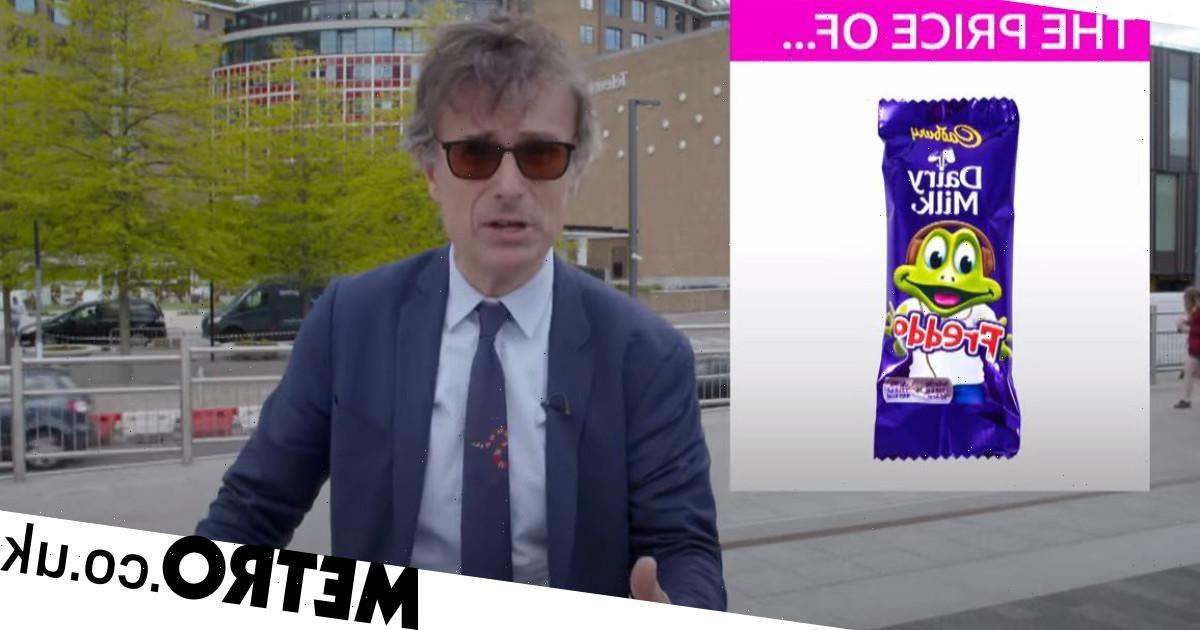 Joe Lycett and Robert Peston have joined forces to give us the investigation we all wanted and needed – how many Freddos we can all afford to buy.

While many of us remember the golden age when a Freddo cost 10p or less, nowadays the tiny chocolate frog will set you back 26p – and it’s likely to go up again.

‘I’ve been wasting my time for years on relatively trivial issues like the banking crisis, the Covid crisis, the Brexit crisis, but I’ve always wanted to get stuck into this question of what’s been happening to the price of Freddos,’ Peston explained on Joe Lycett’s Got Your back, in a clip shared exclusively with Metro.co.uk.

Peston finished the, quite frankly, horrifying segment, by advising: ‘If you want to make a decent investment, don’t eat a Freddo- just put it away for a rainy day! It’s going up in value!’

Joe is back with his new series of Got Your Back, with the comic insisting he’s ready to go to extreme lengths for consumer rights.

‘I’m happy to go to jail for this show,’ he insisted to Metro’s Sixty Seconds. ‘I think it would be really funny if I ended up in jail over some stupid trademark case. I don’t really care!

‘Last year I changed my name to Hugo Boss. They were sending legal letters to companies that have similar names and logos and went after a tiny brewery in Swansea that is so different to their brand.

‘They’re called Boss Brewing and this small brewery spent thousands on legal fees and rebranding. It seemed heavy-handed and cruel and I thought, “nah, I’m not having that.”

‘I thought if they don’t like people using their name they probably won’t like me changing my identity, and let me tell you they didn’t! We heard from their lawyer big time!’

Joe Lycett’s Got Your Back is on Thursdays at 8pm on C4 and All 4.