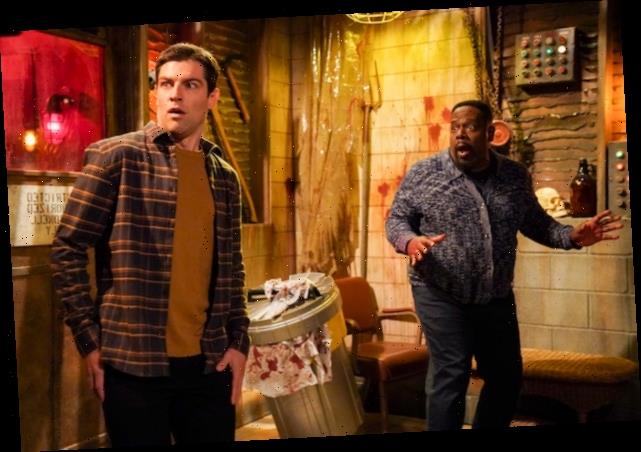 Dave finally gets his wish when Calvin accompanies him to an escape room during The Neighborhood‘s Jan. 4 episode (CBS, 8/7c) — and TVLine has your exclusive first look.

In the above clip, we follow Dave and his reluctant BFF into the interactive game, as their kooky host warns of the horrors ahead. Calvin, who’s convinced the experience will be lame, is immediately rattled when the lights go out and a ghoulish voice welcomes them to his bloodied “little playroom.”

Neighborhood diehards may recall a time or two where Dave has said that he’d love to bring Calvin to an escape room. “I don’t think it’s anything that viewers have ever focused on,” Max Greenfield previously told TVLine. “The writers thought it was a really funny pitch, then it turned into part of an episode.”

Dave and Calvin’s fright night coincides with the return of Gemma’s troublemaking sister Brittany (recurring guest star Deborah Baker Jr.), who claims she’s turned over a new leaf since we last saw her in Season 2. “Brittany [has] turned her life around and started her own business, and we’re going to see how that plays out,” showrunner Jim Reynolds shared. “Dave’s still going to be skeptical [of her]. Gemma will be, too.”

The Neighborhood‘s winter premiere will be followed by fresh episodes of Bob Hearts Abishola, All Rise and Bull, all of which return after a brief holiday break.

Press PLAY on the video above, then hit the comments and let us know if you’re looking forward to Calvin and Dave’s escape room adventure.