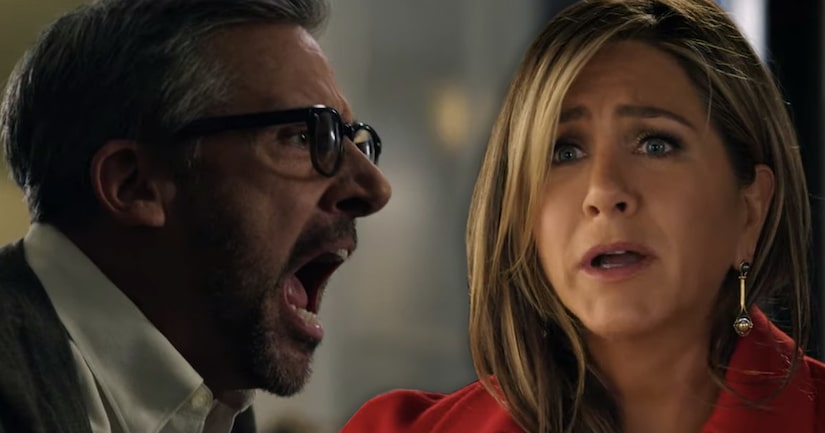 “The Morning Show” marks Aniston and Carell’s return to series television after they starred on “Friends” and “The Office,” respectively.

"The Morning Show," which was one of the first originals picked up to series at Apple, follows the "free fall of an early morning newscast in the wake of a scandal, and its struggle to survive in an era when news arrives in the palm of your hand," the show’s description reads.

However, at the end of the trailer, Aniston seems to have had enough and plans to take back the reigns.

"The part you guys never seem to realize is that you don’t have the power anymore," she says while addressing a conference room full of men. "And frankly I’ve let you bozos handle this long enough. We are doing this my way."

Although there are some comedic elements in the trailer, the show’s description classifies the "The Morning Show" as "a high-stakes drama that pulls back the curtain on the morning news."

Aniston and Witherspoon are executive producing the project, which is directed by Mimi Leder and written by Kerry Ehrin ("Bates Motel"), who also serves as showrunner. "The Morning Show" also marks Aniston and Carell’s return to series television after they starred on "Friends" and "The Office," respectively.

"The Morning Show" is one of the many shows to be unveiled on the Apple TV+ streaming service, which will be an update to the already existing Apple TV app and will produce new content produced by legendary directors, including J.J. Abrams and Steven Spielberg, and will have shows starring big names such as Chris Evans, Octavia Spencer, Hailee Steinfeld and more. The launch date and price of the video subscription service have yet to be annnounced.

"The Morning Show" debuts this fall on Apple TV+.