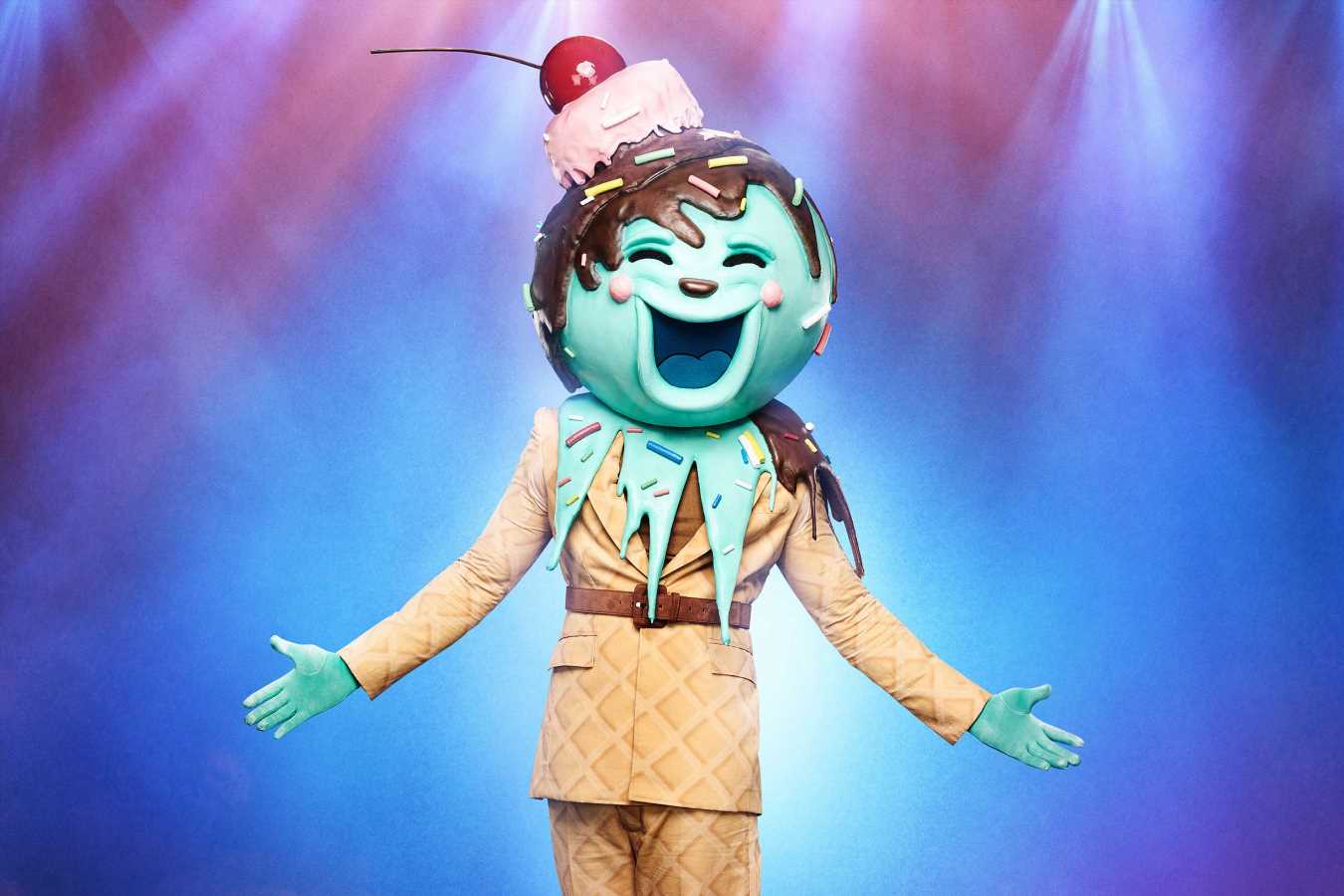 On Wednesday’s premiere of The Masked Singer, two people were eliminated from a group of very… talented … singers — one of whom was dubbed the Ice Cream. And we got a chance to interview him in all his creamy goodness! But first, a SPOILER ALERT: Don’t read on unless you watched the second season return of the Fox competition show.

After Johnny Weir was revealed to be the Egg — the first eliminated contestant — the Ice Cream pulled off his delicious mask and was immediately recognized (by his millions of YouTube fans) as Tyler “Ninja” Blevins, the professional gamer and streamer. We asked Blevins about how The Masked Singer convinced him to join, and whether he thought the show made it too easy to figure out who he was.

ENTERTAINMENT WEEKLY How did they first get ahold to you?
TYLER BLEVINS: They got in touch with us via email. It had a code name and everything. They are super secretive about it, which I absolutely love. I had to think about it with my wife. We love the show and we really liked season 1. But I don’t sing in front of people! I told my wife the second we got it that I’d do it because I knew she loves it so much, but a week later I was officially, okay I’ll do it. I committed mentally.

What do you mean, a code email?
I think we had have a phone call to find out what it is. It was a TV opportunity, and then we called them, and then over the phone they talked about it. After that, we told them over the phone I was in, but there was a code name every time we talked about this in case emails get hacked.

Did you ever sing at your wedding? How much singing had you done?
I’ve been doing a lot of karaoke at my house the last two years, but other than that, my singing expertise and history is in the show and in my car on long drives.

Once they pulled you in, did they offer you a singing coach?
I had multiple voice coaches. They’re goal is to make sure you know how to keep a tune, and try to figure out what your vocal strengths are. They pick the songs that they think you can sing and hit the notes really well.

Did you hear a marked difference in your voice?
I do impressions a lot so I usually try to sing like a person who sings a song. After like three days with the voice coach, I sang in my own voice and not other’s people’s. That’s the coolest thing to come from this. I know how to sing in my own voice now.

What the conversation like when it came to the costume?
They gave me four or five things to choose from. I immediately gravitated to the ice cream because it was colorful, I always have my hair dyed. I literally am addicted to sweets. I love ice cream, I love candy and I always me. Ice cream was very me.

It looked like it was easy to move in.
The costume itself was basically a suit. The head was pretty heavy.

I love how they want you to drag it off when you take it off. Was some of that drama or some hard to get off?
It was like a bike helmet inside. There’s a little chin strap so it wouldn’t fly off me. I had to unbuckle it myself. I love the anticipation.

Did you pick your songs?
I’m 90 percent sure you can sing whatever you want. They want it to be mainstream because they want it to be a popular song so the world can connect to it. I definitely got to pick the songs.

Did you know you were a goner when you heard the Tree sing?
I honestly was like, again, this show isn’t 100 percent about singing. I felt like I did a good job with the choreography and playing into the character. I don’t think I have the greatest voice of all. But I thought I stood a chance. But I’m not upset. I love Christmas. I honestly thought I could probably make it to the second week, maybe the third. I like my voice. I like singing. After listening last night, there is no way. When it comes to the singing power and the ability to perform. I was out-classed. I wasn’t mad though.

I think the clues were too easy.
I think that they have never had someone like me on the show so they needed to make the clues more obvious. That’s what I think. I knew the kids would figure it out. If anyone knew of me or any of my quirky dances, they would know immediately it was me, which is cool.

Have you heard from fans since?
Some of my fans knew pretty quickly. We only told two or three people. My family members didn’t even know which is pretty crazy. My friends were messaging me, “dude, are you the ice cream?”

Were you able to hear the clues about the singer?
We watched all the clues. I was so nervous to watch myself last night. But my wife was like hey, we need to pay attention and figure out who these people are! I didn’t know who I was singing against. I didn’t know who the Tree was. I still don’t know who the Ladybug is. We’re playing detective over here.

Did you guess who the Egg was?
We did not. We thought it was a makeup artist or something. My wife googled “celebrities bitten by Rottweilers” after the Rottweiler sung. She couldn’t find it.

So who is your pick to win so far?
There are still more people to sing. But the Rottweiler sounds incredible. My money is on the Rottweiler.

The Masked Singer airs on Wednesdays at 8 p.m. ET on Fox.