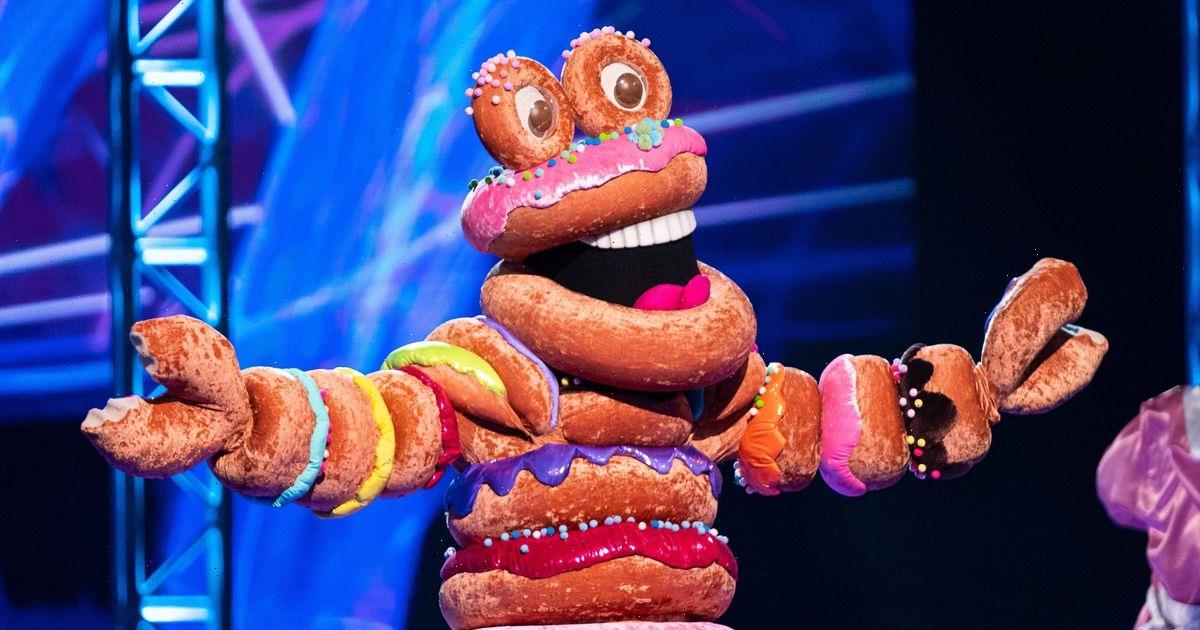 The Masked Singer UK launched on Saturday evening but some fans reckon they've worked out the clues behind some characters.

Following the glittering first episode, social media was set alight with fans speculating who the celebrity might be behind the lavish masks but it appears ITV disguises haven't worked too well.

Doughnut appeared on screens offering clues to help viewers and the judges discover who is hiding behind the mask but fans are convinced that former footballer Michael Owen is participating in the show.

Taking to the stage, Doughnut performed their rendition of Survivor's 1982 hit, Eye of the Tiger.

The celebrity teased that they had a sweet tooth but also enjoyed savoury food, enjoyed sport and had a connection to crisps.

Meanwhile, judge Davina McCall instantly recognised the celebs northern accent, adding to speculation that the star could be Michael Owen who found fame as a striker for Liverpool Football Club in 1991.

Another clue implied that the celebrity had a link to horses, which also connects Michael to the character as he is known for keeping racehorses.

Taking to social media, viewers shared their thoughts with one another as they attempted to work out Doughnut's real identity.

One penned: "Okay SURELY Doughnut is Michael Owen right? I've never heard anyone else with a voice like his. #MaskedSingerUK."

A second tweeted: "Doughnuts is definitely Michael Owen. He even did his goal celebration. #MaskedSingerUK."

Before a third went on to say: "#Doughnut is 100% Michael Owen, fast, crisps – cheese and Owen, jockey- owns racehorses #maskedsingeruk. "Doughnut is 100%, Michael Owen. He's not disguised his voice very well. Guessed that within 5 seconds #MaskedSingerUK," commented a fourth.

However, some believed that Gary Lineker was behind the bold costume after hearing the reference to crisps.

One fan suggested: "Football, crisps, is it Gary Lineker?" Another penned: "Thought Gary Lineker for Doughnut – walking and eating crisps. Singing sounded nothing like him though."

However, Gary was quick to shut those rumours down, as he snapped back on Twitter: "You’ll never see me on that show… or Strictly, ever."

As the programme came to an end it was Chandelier who succumbed to the judge's rejection and was sent home on the first night.

When unmasked, it was revealed that iconic British singer Heather Small was underneath the costume, leaving the judges utterly speechless.

The Masked Singer returns to ITV at 7.30pm tonight.

For more of the latest showbiz news from Daily Star, make sure you sign up for one of our newslettershere.