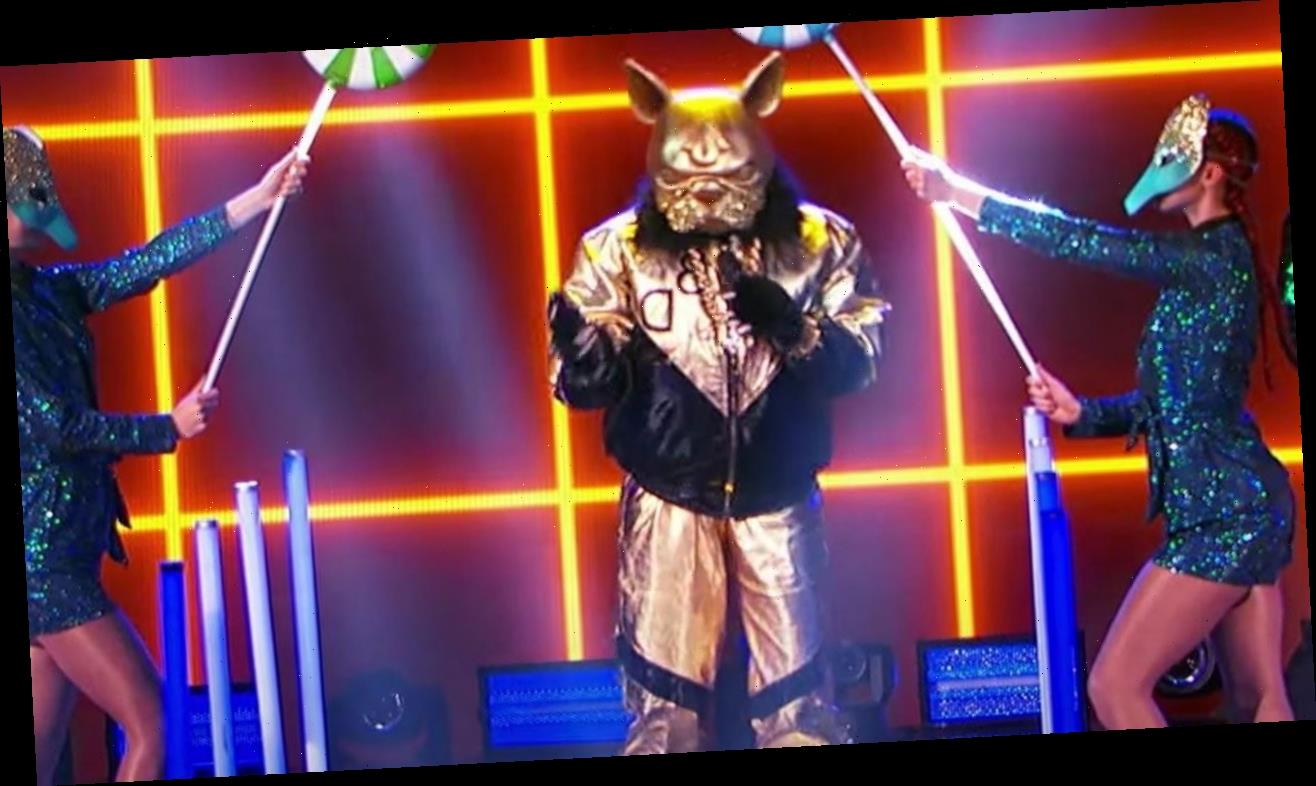 The Masked Singer returned for the fifth week of season 5 on Wednesday, and after four fun performances from Group B — and another all-new wildcard contestant — fans witnessed one of the most surprising and legitimately game-changing twists in the show’s history!

The Piglet, The Black Swan and The Chameleon and The Crab duked it out in the Group B Finals, and had to contend with an all-new wildcard contestant — The Bulldog!

The Bulldog was introduced with all the pomp and circumstance as past wildcard contestants — including a revealing clue package and a memorable (if not somewhat toned down) costume.

He then performed a fun, high falsetto rendition of “Candy Girl” by New Edition that actually impressed the show’s panel of celebrity “detectives”  — including Robin Thicke, Nicole Scherzinger, Ken Jeong, and Jenny McCarthy.

However, when it came time for the audience to vote for their favorite, guest host Niecy Nash had a big surprise up her sleeve. She revealed that this week, the votes won’t be cast or counted, adding, “Instead, I decide who gets unmasked!”

This change of pace left the judges shocked and confused, and Nash finally revealed that she decided to unmask the newcomer, The Bulldog!

Despite the panel having made First Impression guesses, none of those were revealed, and the panelists didn’t even get a chance to make their final guesses. Instead, The Bulldog was told he had to unmask immediately.

Soon, the reason for this truly bizarre twist was revealed! The Bulldog was actually longtime Masked Singer host Nick Cannon!

Days before production on the season began, Cannon tested positive for COVID-19, and Nash stepped in to helm the show for the first half of the season. Producers promised that Cannon would be returning later in the season, but no one had any inkling that he’d return as part of the competition.

After four seasons of hosting, Cannon finally got a chance to don a mask and sing his heart out onstage, and he was surprisingly good at it. Under other circumstances, it seems like he could have had a shot at moving on, at least a little farther.

“First and foremost, let me say I dedicated my performance to you because you truly are a queen, and you stepping in for me when, you know, during my sickness, during a hard time for me, and being able to watch you do your thing amazingly and shine here, I truly do thank you,” Cannon shared. “Thank you so much.”

He also admitted that performing as The Bulldog made him super nervous “to perform in front of my people.”

“I have a newfound respect for all of our masked crusaders, from season one to all of these people right here on this stage,” he added with a laugh.

Before Cannon’s Bulldog performed, the show was already jam-packed with some incredible numbers. The Black Swan kicked things off with a cover of “How Will I Know” by Whitney Houston — and managed to do the vocal icon justice by hitting some truly impressive high notes.

The Piglet followed her performance with a heartfelt and touching cover of “7 Years” by Lukas Graham, which managed to bring McCarthy to tears, as it made her think about her own son.

“The mom in me got me,” McCarthy shared, wiping tears from her eyes. “Oh my god, Piglet. I have to just tell you that I haven’t heard that song before, and it brought up so much emotion in me, the way you sang it you can tell you’re a family man. It meant so much to me, just hearing it.”

“Whoever you are, you just touched my heart and I just really hope you win this competition,” McCarthy added.

The Crab showed a different side of himself with a funk-infused performance of Rick James’ “Give It to Me Baby.” After the number, he seemed to have something of a panic attack, and had to be escorted off the stage, claiming he couldn’t breathe under the mask. However, after a rest, he came back ready for feedback and to hear the panel’s guesses.

Finally, The Chameleon showed his talent with a performance of “Hip Hop” by Dead Prez that proved how masterful his flow is, and solidified in most people’s minds that he really could be a professional performer.

Next week, fans can likely expect to see Cannon back in the spotlight as the Group A finals kick off, and one last wildcard is introduced.

In the meantime, if you’re trying to crack the mystery of the costumed contestants like the rest of America, check out our running list of spoilers, hints and best guesses, where we break down all the clue packages and make wild (surprisingly accurate) predictions about the singers’ secret identities.

Check out the video below to hear more about the wild and unexpected unmaskings that have already rocked the fifth season of The Masked Singer.

The Masked Singer airs Wednesdays at 8 p.m. ET/PT on Fox. For more on this exciting season, check out the video below!