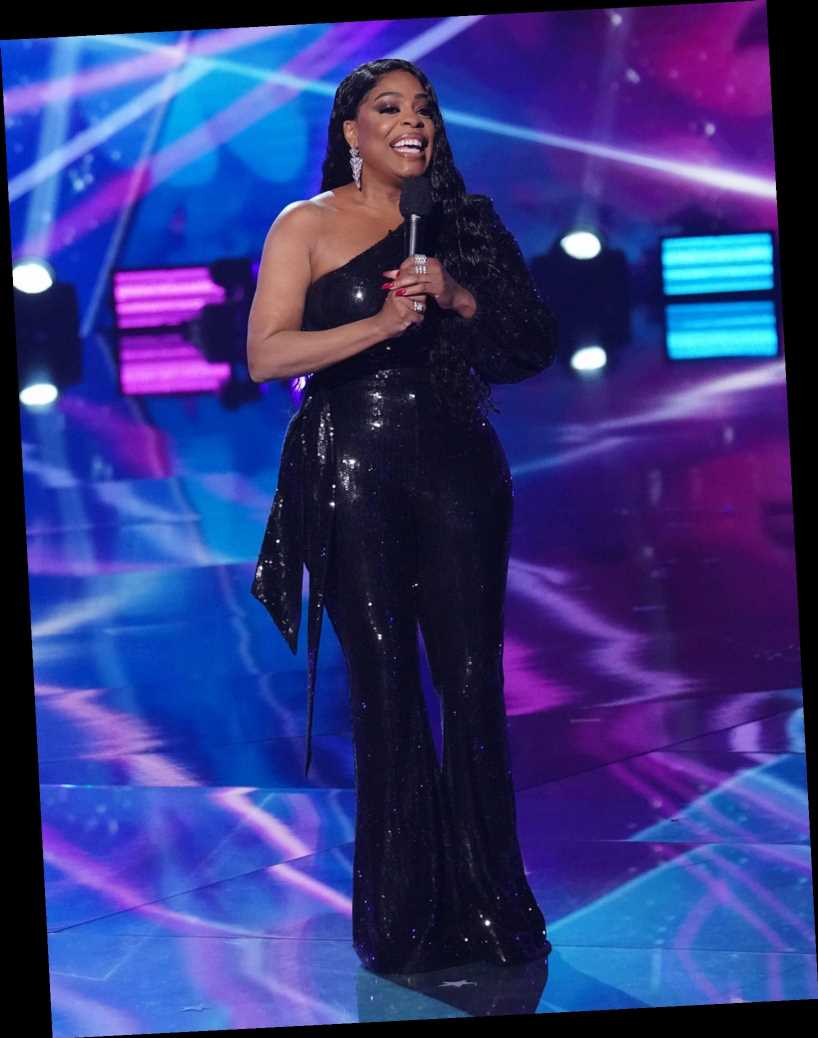 This post contains spoilers from Wednesday's season premiere of The Masked Singer.

The game-changing fifth season of The Masked Singer premiered Wednesday night, with Niecy Nash standing in for Nick Cannon as he recovered from COVID-19.

Judges Ken Jeong, Jenny McCarthy, Nicole Scherzinger and Robin Thicke returned to make their best guesses about who might be under the costumes and compete for the Golden Ear trophy, which goes to the panelist who makes the most correct first impression guesses. (McCarthy currently holds the title.)

New disguised celebrity Cluedle-Doo joined to share clues with the viewers that the panelists won't see. While Cluedle-Doo won't perform during the season, their identity will eventually be revealed. And Nash, 51, asked each contestant a question after their performance to help viewers get to know them better. Group A made its Masked Singer debut, kicking off with a performance of "Man in the Mirror" by larger-than-life Russian Doll, who multiplied on stage and introduced a second singer! "It was kind of so creepy but so magical," said Scherzinger, 42.

Snail continued with Hall & Oates classic "You Make My Dreams (Come True)" — and totally snailed it. "I feel like he's pushing out Kermit the Frog sound," suspected McCarthy, 48. Seashell took the stage next and, despite saying in their clue package that they hadn't sang in a while, wowed the judges with a cover of Roxette's "Listen to Your Heart."

Never miss a story — sign up forPEOPLE's free weekly newsletter to get the biggest news of the week delivered to your inbox every Friday.

Raccoon had Thicke, 44, cracking up with their raspy take on "Wild Thing" by The Troggs, which featured an on-stage appearance by season 2's Flamingo (Adrienne Bailon Houghton). Jeong, 51, pulled out his famous phrase — "I know EXACTLY who this is" — to make his guess of boxer Mike Tyson for Raccoon.

Porcupine closed out the night, but not before clearing up a misconception. "Porcupine? That is not my name," the futuristic-looking rodent said when they came out. "Y'all don't know? My name is Robopine."

Robopine went on to deliver a silky-smooth rendition of "Never Too Much" and later told the panel they're 60 years old, which came as a surprise. Nash suspected she knew who could be underneath the mask. "I really feel like this is somebody who I auditioned for back in the day to be their background dater," the Claws star said.

And McCarthy suspected Robopine would go far in the competition. "I think we are going to see you all the way to the semifinals," she said.

Then it came time for the judges and virtual audience to vote on their favorite performance of the night. The undercover celeb with the least amount of votes would have to head home. Once the votes were in, Nash announced that Snail would be the first contestant leaving season 5.

The judges shared their finale guesses for Snail, which included Adam Corolla, Ted Cruz, Billy Crystal, Seth MacFarlane and Jay Leno. But to their surprise, no one's face appeared when the Men in Black removed Snail's mask.

"Theres something in there!" Nash screeched.

Then out popped Kermit the Frog — and the panel doubled over with laughter. Jeong deemed Kermit "the most famous guest on The Masked Singer ever." "It's really been a pleasure," Kermit said of his time on the show. "Thanks for having me!"

Keep reading for the first set of clues for Group A. Song: "Man in the Mirror" by Michael Jackson
Clues: mizfitz toyz store; breadsticks; puppet strings; a pitcher of milk; Garden State Highway; a ship's wheel; office; the recycle symbol; a bridge; a bench ad reading: "Coming to a country near you"; a train showing the numbers 740 29 on the front; "I've been doing my own thing for quite some time, not like in the beginning back when I was the world's hottest toy."; "I knew I was more than just something to be toyed with."; "As much as they tried to put me in a box, I just didn't fit."; "I was cast to the side."; "Turns out I can still sell out without being a total sell-out."
Which one of y'all is the one who makes the decisions? "Our ideas work very well together. Do you see what our dynamic is now?"
Judges' guesses: Lady A, Boyz II Men, Darren Criss, Vanessa Hudgens, Kevin McHale, Matthew Morrison, Gwen Stefani Song: "You Make My Dreams (Come True)" by Hall & Oates
Clues: meatballs; a teddy bear; a treasure chest; a late night TV show set; season 3's Eagle (Dr. Drew), "I have acted, directed, produced, recorded albums, even graced the Oscar stage."; "I've rubbed elbows with everyone from Robert De Niro to Lady Gaga to Michelle Obama."; "I want to show those harsh critics that have followed me my whole career that I can shine on my own."
How are you feeling about all of this? "I'm here because I want the world to see that even a snail can go anywhere if they put their mind to it — and if you don't mind waiting a long, long time."
Judges' guesses: Jimmy Kimmel, Leno, MacFarlane, Adam Sandler, Mark Wahlberg Song: "Listen to Your Heart" by Roxette
Clues: a bratwurst covered in relish; a bell; a witch's broom; a chameleon; a cowboy hat; "When I was young, I was pulled by the tide all the way around the world with my family.";  "Always adrift, I never felt grounded so I found my peace by the shore."; "When my career took off it was like a massive tsunami of success, but much of my childhood I still drifted."; "Wearing many hats I often wonder if I found my true calling."; "I haven't sang in a really long time."
What brought you here tonight? "Well, I've always wanted to sing on stage. I used to way back in the day and I kind of stopped, pursuing other careers."
Judges' guesses: Kristin Chenoweth, Hilary Duff, Jennifer Love Hewitt, Jessica Simpson Song: "Wild Thing" by The Troggs
Clues: jail; a magnifying glass; church; The Hunchback of Notre Dame; "Sometimes, to get the happy ending, you have to go through hell first."; "In my darkest days, I faced death."; "I was actually a monster."; "I promised God that if I got a second chance at life, I'd only do good. I'm still fulfilling that promise to this day."
How you doing? "Great! This is the most fun I've ever had in my life. I can actually be a raccoon."
Judges' guesses: Gary Busey, Danny DeVito, Sammy Hagar, Nick Nolte, Tyson Song: "Never Too Much" by Luther Vandross
Clues: a lock and key; a soda can; a George Washington statue; DNA; "I may look prickly but don't look scared."; "Where I came from I was forced to grow thick quills. I was left to fend for myself with nothing but a dream. So I went on a mission to get on Hollywood's radar. I used 4-1-1 day and night just to make a connection until a certain angel said, 'Hello.'"; "Now I'm on my next mission and when I have my sights set on something, nobody can touch me."
Could you tell us a little something about yourself? "Well, my kids and my grandkids told me I was supposed to hang it up a long time ago. Sixty years old and I really appreciate the love. It means a lot."
Judges' guesses: Jamie Foxx, Ginuwine, Lionel Richie