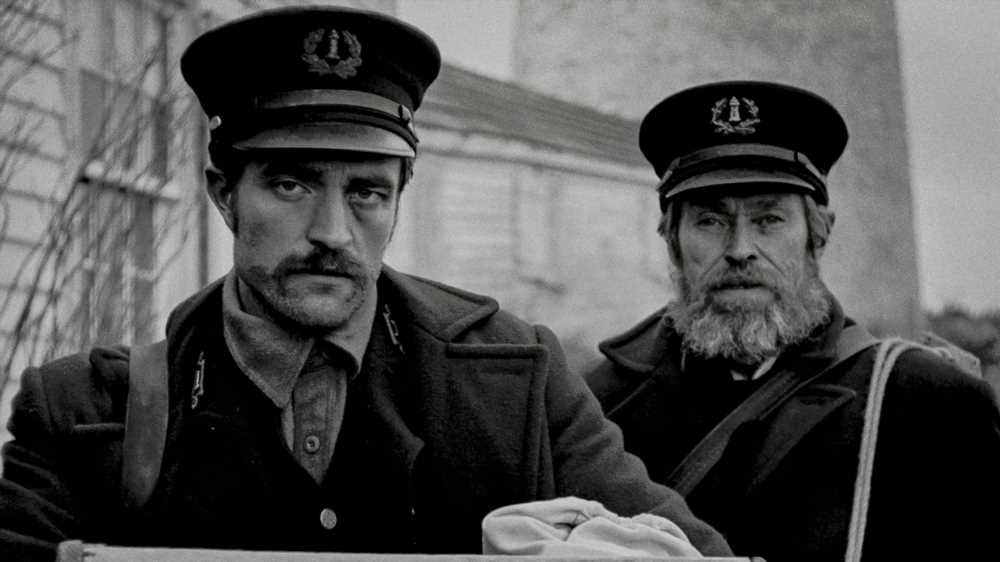 “How long have we been on this rock? Five weeks? Two days? Help me to recollect,” Willem Dafoe asks Robert Pattinson in the tension-building trailer for The Lighthouse.

With The Witch, Robert Eggers‘ breakout directorial debut of 2016, the filmmaker spun a hypnotic, supernatural tale that honored classic horror stories in spirit. In A24’s first preview for his next project, Eggers pays homage to classic black-and-white films with the frame ratio and composition.

What exactly is going on, though? Dafoe, playing one of two lighthouse keepers planted on a remote and mysterious New England island in the 1890s, isn’t the only one trying to figure that out.

He and Pattinson, who has a little indie film coming up, teeter towards madness as chaotic visions flash across the screen: a squid’s tentacles wrapping around Pattinson’s neck, secrets hidden behind closed doors, something in the water (a mermaid?) drawing our gaze, and Dafoe chasing his companion with an axe.

The Lighthouse premiered at the Cannes Film Festival earlier this year and critics showered this dark and stormy picture in early praise. The film will now open in theaters this October 18.