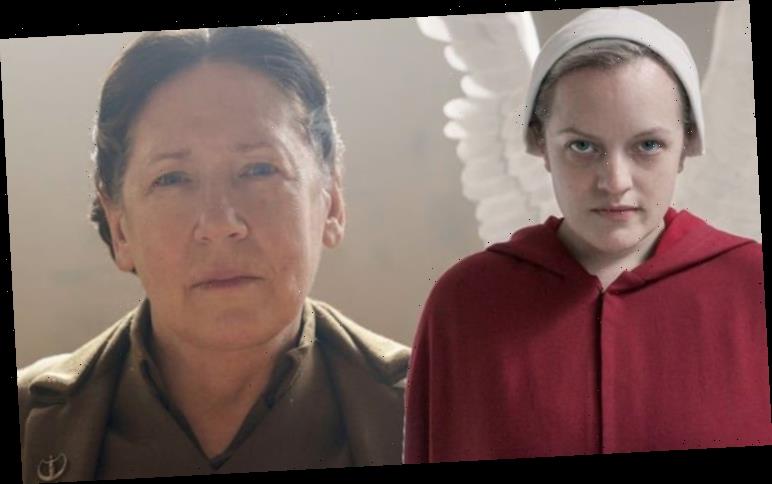 The Handmaid’s Tale season three left June (played by Elisabeth Moss) in a rough situation, as she was shot and left for dead in the show’s finale. Although it is not yet confirmed whether she will be making a return in the upcoming fourth season of the show, chances are she will somehow make a recovery.

Despite potentially returning to the show next year, her character will certainly be forced to see some consequences for her actions.

After kidnapping and sending a number of children to Canada for their safety, Gilead is absolutely not going to go easy on her.

With this in mind, she may be given a brand new role as punishment – June may become one of the Pearl Girls. 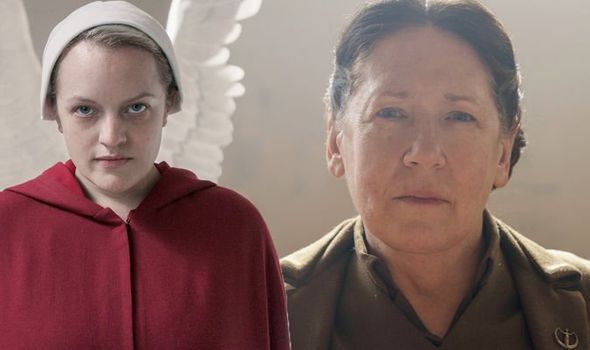 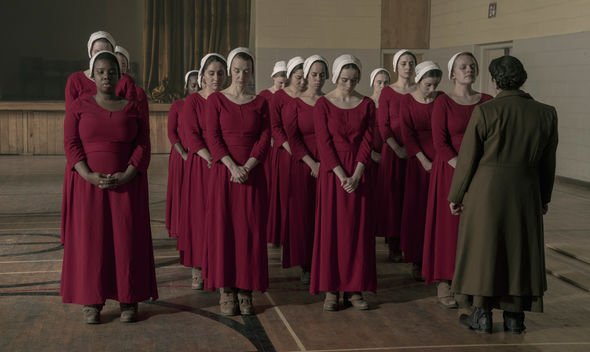 The Pearl Girls act as missionaries for Gilead, and frequently travel across the globe to recruit new Handmaids for the dictatorship.

Recently, viewers have been theorising June will become one of these characters.

Reddit user marjmcc suggested: “What if somehow Aunt Lydia saves June by making her one of the first Pearl Girls?”

While this would be a tough thing for June, it could also certainly serve as an opportunity for her to get away once again. 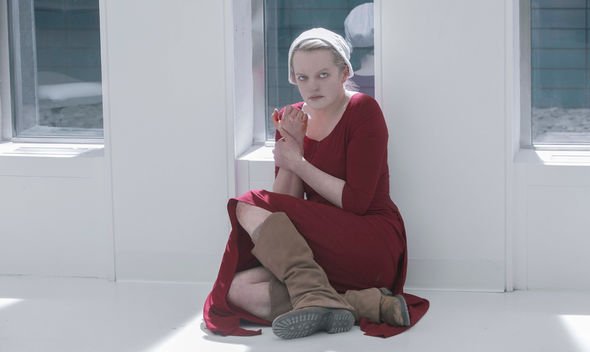 Another viewer responded: “Well the Pearl Girls switch out each other’s i.d and documents so June could conceivably leave as someone else.”

However some viewers weren’t convinced by the theory, and quickly shut down the theory.

One wrote: “My impression from The Testaments is that Pearl Girls begin their training when they’re underage and (assumed to be) virgins.

“They get into the academy by claiming extreme piousness and dedication to Gilead’s religion. They’re basically nuns.

But as Aunt Lydia’s allegiance is still a little vague, could this lead to June’s inevitable mistake?

After Gilead lost so many children in June’s kidnap, viewers have begun suggesting Gilead will need the Pearl Girls to recruit new women to repopulate the country.

It would also progress the story outside of Gilead once again, as the show has now moved away from being set in the Waterford house each episode.

With many scenes now taking place in Canada, it would make sense to see some Pearl Girls arrive there to attempt to recruit some new followers of Gilead’s draconian ways.

But will June be able to get out of her captivity and back to her husband?

The Handmaid’s Tale season three is now available to stream on Hulu.