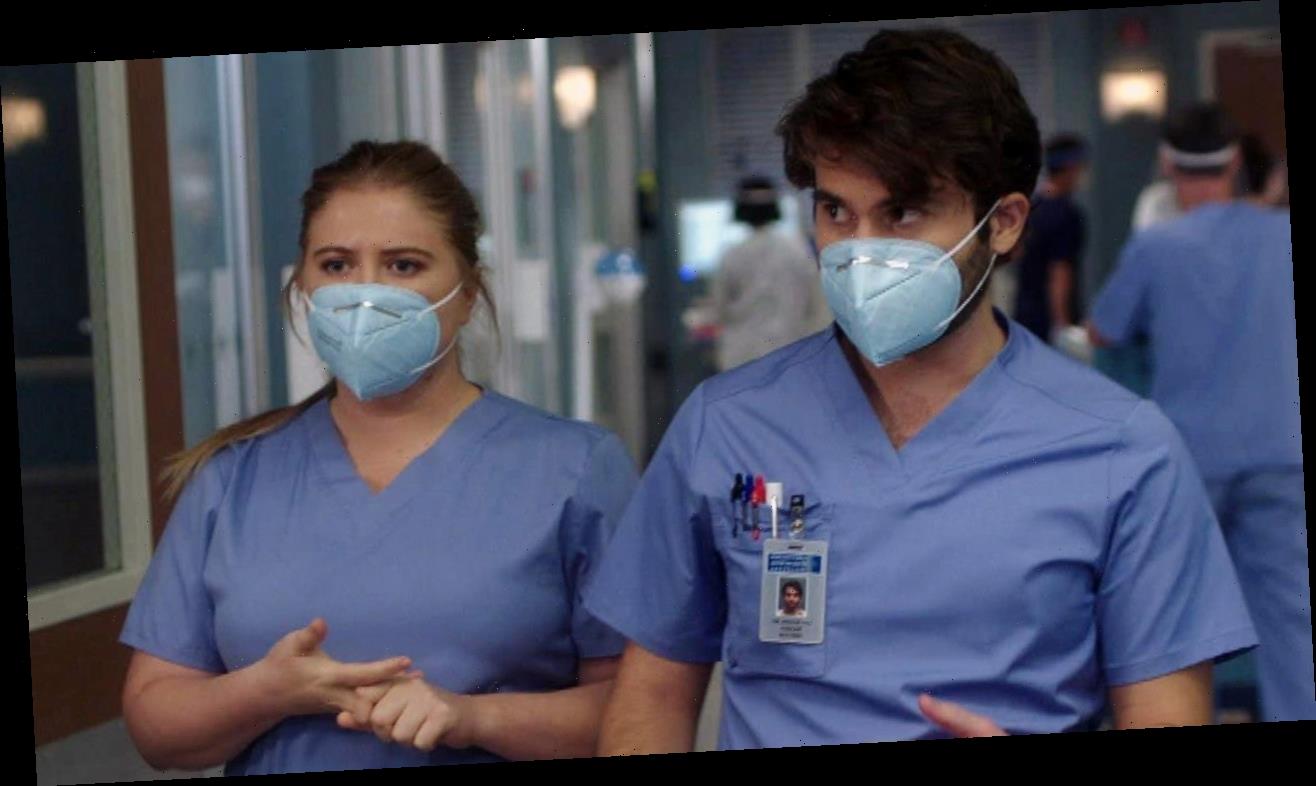 Normalcy is out the window when there’s a pandemic involved.

In a deleted scene from Thursday’s episode, Grey’s Anatomy‘s Dr. Levi Schmitt (Jake Borelli) and Dr. Taryn Helm (Jaicy Elliot) take a brief moment to lament over what their lives used to be like pre-COVID.

“I really need…,” Helm begins to say in ET’s exclusive clip, as she spots her BFF parked outside of a patient’s exam room.

“Your residency back? Me too,” Schmitt interrupts, before sharing some intel he got from a fellow doctor. “Someone from Plastics told me it would be weeks before elective surgeries return. Might even furlough attendings.”

But that actually wasn’t what Helm was going to say. Her comment was much more classic Grey’s.

“I was going to say I really need sex,” Helm says, catching Schmitt off guard. (Don’t worry, we know you’re gettin’ some with your ex, Nico.)

“Oh, OK. Are you telling me because you think you and I…?” Schmitt drifts off. Thankfully, not what Helm had in mind.

But the two pals start listing off everything they haven’t been able to do because of the pandemic. Like restaurants, bars and throwing up in bars.

It’s a lighthearted moment of reflection between two docs, who otherwise spend every waking moment consumed with helping keep their patients alive.

This week’s Grey’s, titled “My Happy Ending,” features another appearance by former star Patrick Dempsey, who reprises his role of Derek Shepherd for the first time since getting killed off in 2015.

“All I can say is you have not seen the last of him. That’s what I will say and whatever does come, it’s going to be… What you saw last week that everybody freaked out about is just a tiny, it’s the tip of the iceberg of what’s to come,” Kevin McKidd, who directed the episode, told ET. “You’ll have to watch.”

Grey’s Anatomy airs Thursdays at 9 p.m. ET/PT on ABC. For more on the season 17 premiere surprise, watch the video below.