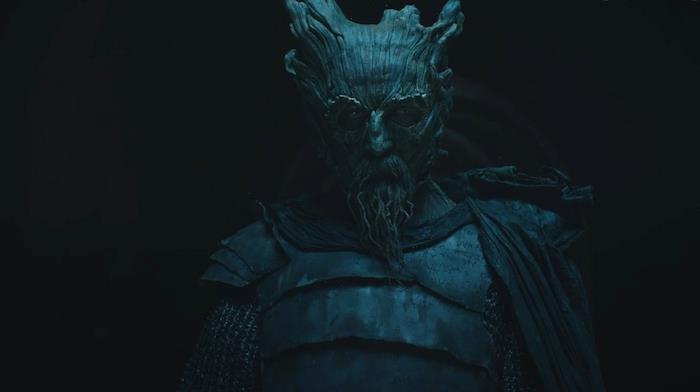 Stephen King is known as the Master of Horror for a reason. Yes, he created Pennywise the Dancing Clown, introduced us to a possessed Plymouth Fury, and made Saint Bernards scary for a whole generation of horror fans, but one of the creepiest stories he has ever written has yet to be adapted.

It’s called “The Jaunt” and is a short story from his book Skeleton Crew.

Now, there is very little horror or suspense for the majority of the story. It’s basically a dad telling his son how teleportation was invented while they sit in a near-future “airport” waiting to travel to Mars.

I won’t spoil the thing, but the main thrust is that teleportation exists and can send people across great distances in the blink of an eye, but they have to be unconscious. If they’re not asleep when they make the Jaunt…well, it’s not pretty.

For my money, the last page of this story is the most skin-crawling and deeply upsetting page of anything King has ever written, and that’s saying a lot.

Turns out none other than The Green Knight and Pete’s Dragon‘s David Lowery made a play to adapt that story for the big screen. Pardon the self-promotion, but the writer/director appeared on my Stephen King-centric podcast, The Kingcast, and revealed that “The Jaunt” is not only his favorite King short story but also the only King title he seriously pursued as a filmmaker.

From Arthurian Legend to Sci-Fi/Horror

Lowery said that he checks in regularly with King’s agent, inquiring about the rights which were always in someone else’s hands. Shortly after he wrapped filming on The Green Knight, he found out the rights were available. The filmmaker wrote up a two-page treatment and sent it along to King directly, explaining how he’d adapt the story. King read it and gave Lowery the thumbs up.

There was just one problem, though: Lowery had committed to directing Disney’s live-action Peter Pan.

“I had to admit that I wouldn’t be able to turn my attentions to “The Jaunt” — or give it the attention it deserved — for at least another eighteen months. And because of that, it’s slipped away, and I know it’s now in development somewhere else. But I do hold out hope that one day I’ll get to return to that one.”

King is pretty notorious for limiting the amount of time someone can hold onto the option for one of his books or stories, presumably because he doesn’t want Hollywood studios to nab up the rights to his work and sit on it for a decade, and that’s what happened here.

Lowery impressed King with his pitch, but the author wasn’t willing to let him sit on the rights for a year and a half until he finished up his time with Peter, Wendy, and the Lost Boys.

So, Who Swooped In and Nabbed the Rights?

Well, that would be Fear the Walking Dead‘s Dave Erickson who has plans to adapt The Jaunt as a long-form series. Nevertheless, Lowery remained tight-lipped about what his two-page treatment contained, hoping that he could still have his shot at it someday, which could very well happen. The Jaunt has been optioned a bunch over the years and the projects always fell through. Brad Pitt’s Plan B optioned it for Andy Muschietti to direct way back before Muschietti found huge success with another Stephen King property: IT. Maybe Erickson’s attempt at a Jaunt series will stall out and the rights will become available again.

Whoever ends up bringing this to the big (or small) screen is going to seriously give a whole new generation nightmares if they do it right. Maybe that will be Lowery when all the dust settles. He just has to wait a little longer…longer than he thinks…