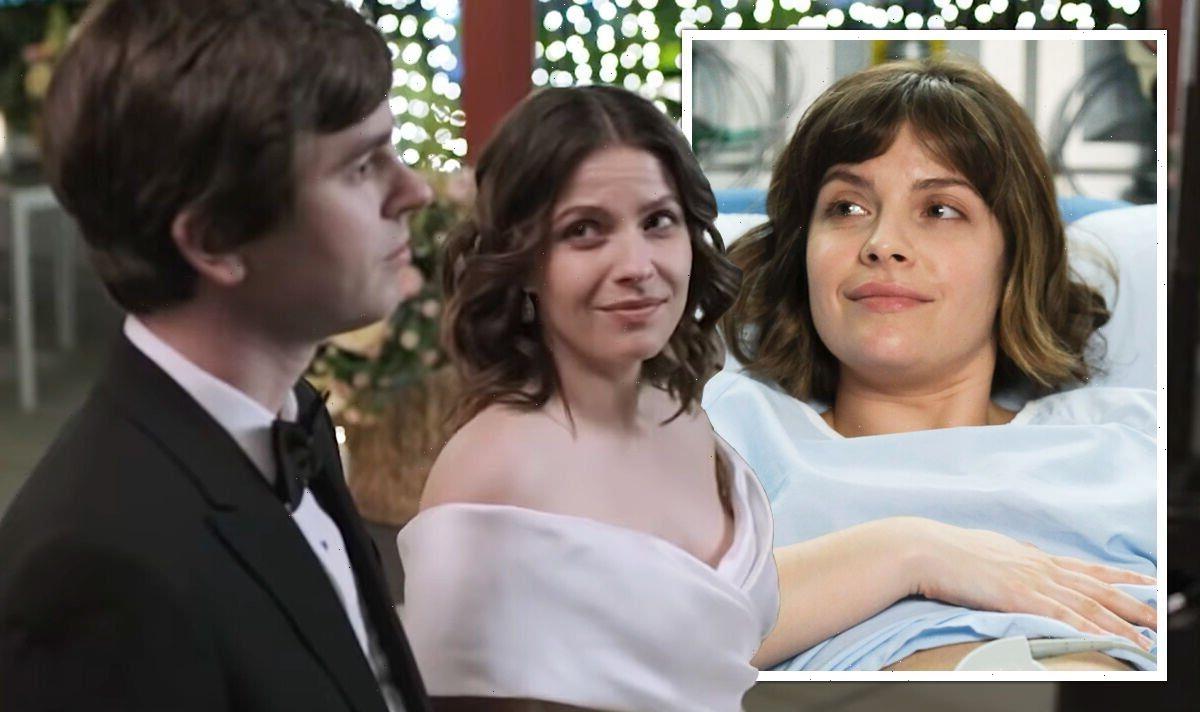 Surgical genius Dr Shaun Murphy (played by Freddie Highmore) and his fiancée Lea Dilallo (Paige Spara) have had their ups and downs this season, but the pair are finally ready to tie the knot in The Good Doctor’s season five finale. Unfortunately, the happy couple may have to wait until the sixth outing begins on ABC later this year when a sudden emergency affects the whole team.

Shaun and Lea’s wedding could be postponed mid-ceremony when the St Bonaventure team is rushed to take care of a major medical emergency.

The latest teaser trailer for the next episode, Sons, begins with a heartwarming speech to the happy couple from Dr Aaron Glassman (Richard Schiff).

However, fans of The Good Doctor have been warned to brace themselves for an unexpected twist to lead them into the next season.

The trailer’s tagline dramatically confirms: “The wedding of the year will leave you shocked.”

After shots of an idyllic ceremony for Shaun and Lea, the promo then hard cuts to Shaun looking distraught as he stands over a patient.

Fans then see Dr Asher Wolke (Noah Galvin) holding back tears, as a voice calls out: “Code blue, I need a cart!”

Once again, it looks like the doctors won’t have time to rest as another horrific medical emergency falls on their doorstep.

Moreover, the series is in finale territory now, so the team may have to band together to save one of their own on what was supposed to be the happiest night of Shaun and Lea’s lives.

Even without the mysterious promise of a shocking twist, it looks like The Good Doctor’s 2021-22 run will finish off with another tearjerker.

In his wedding speech, Dr Glassman tells the couple: “20 years ago, a young man walked into my clinic.

“He was very sweet, and I felt totally lost. And I was wrong. He always knew what he wanted. And you’ve found it.”

The synopsis of the episode could contain some more clues to what will undoubtedly be a game-changing development in the last episode of The Good Doctor before it takes its summer break.

“Shaun and Lea make a big life decision and are pleasantly surprised by the support they receive from their friends at the hospital,” it reads.

“Meanwhile, when Dr Wolke’s parents show up with a revelation, Asher struggles to accept that he and his father may never truly understand one another.”

Dr Asher’s conversation with his parents clearly doesn’t go to plan, as he’s shown looking heartbroken in his brief scene in the trailer.

Sadly, there is no word on who will be requiring a cart, so fans will have to keep their fingers crossed none of their favourite Bonaventure staff are hurried to the operating room.

That being said, the hair of the bedridden patient Shaun is standing over does look suspiciously like Paige’s shoulder-length cut.

Lea has already been hit with a medical bombshell after losing her and Shaun’s baby at the end of season four.

She was diagnosed with Type II Vasa Previa, a condition which affects blood vessels and sometimes causes them to rupture near the uterus.

While fans are desperately clinging to the hope Lea and Shaun can live happily ever after, her worsening condition, or even another diagnosis, could throw their life plan off-balance yet again.

The Good Doctor season 5 concludes Monday, May 16 on ABC in the USA. A UK release date is yet to be announced.