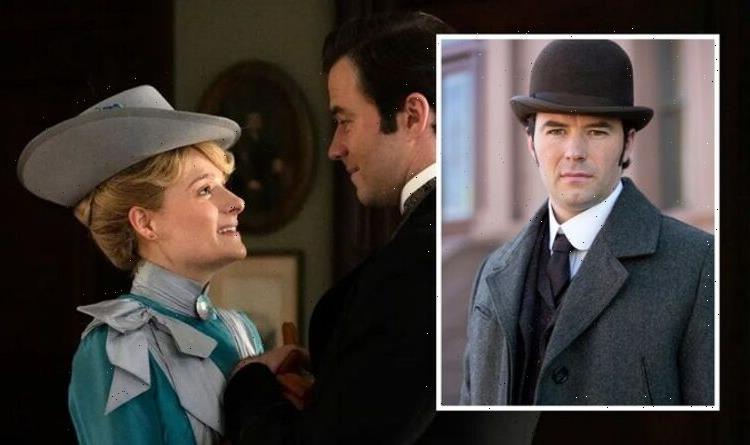 Downton Abbey creator Julian Fellowes’ popular new period drama The Gilded Age ended last month, and news about the new season’s cast has just landed. The Sky and HBO show has just revealed what characters would be returning to the show, with love to hate corrupt young lawyer Tom Raikes set to not be returning for the show’s second outing

Marian Brook (played by Louisa Jacobson) is the driving force behind the new show.

The young woman introduced viewers to the hustle of New York City and the characters that live there after being uprooted due to her father’s death to go and live with her aunties.

Now residing in a late 1800s New York with her aunties, Agnes van Rhijn (Christine Baranski) and Ada Brook (Cynthia Nixon), she gets caught up in the battle between old and new money.

The show’s first season was very popular with viewers who were looking for their period drama fix after Downton Abbey ended.

Read More: Philip Serrell wife: Who is the Bargain Hunt expert married to?

Marian thought she had found the man of her dreams when a blast from her past turned up in New York.

Tom Raikes (Thomas Cocquerel), Marian’s late father’s lawyer, appeared, and it took some time for her to learn that he was actually a schemer, with her eventually seeing his true colours and deciding to end their relationship.

The Australian actor Thomas is not set to return for the next instalment, with Deadline revealing that several characters will be joining next season’s regular cast roster.

Many of season one’s recurring roles have been promoted to regulars for the next chapter.

While appearing on NBC’s The Kelly Clarkson Show, Louisa spoke about her on-screen relationship with Tom Raikes and how although he turned out to be unfit for marriage, she had to go through that heartache.

The pop star host asked: “Why did you trust him?

“I know that these are not real people, they’re not real characters, but I was so angry at Tom Raikes – I hate him!”

Marian’s aunties had tried to warn their niece that Tom wasn’t all she thought he was, but the actress defended her character’s decision to follow her heart.

“Everyone is giving Marian such a hard time for entertaining this guy, but to her credit, she has never been in love before,” the star said.

“He’s from her hometown, she’s not used to this. All he says is he loves her and that he needs her.”

She also revealed that for the first few weeks of filming, she asked for her corset to be pulled as tight as possible but soon realised that was a mistake.

Admitting that Disney had given her unrealistic beauty standards, she said: “All the main princess characters have these tiny little waists, and you grow up seeing that.

“I walked on set, and in my [costume] fittings too, I was like, ‘Just tighten it – I wanna look snatched.’

“But you know I really suffered from that decision because they measured and sewed all my costumes based on how tight my corset was in the fitting when I had been really ambitious about making it very tight.”

After gaining injuries to her chest and ribs, the costumes were let out.

The Gilded Age is available to watch on HBO and streaming service NOW.