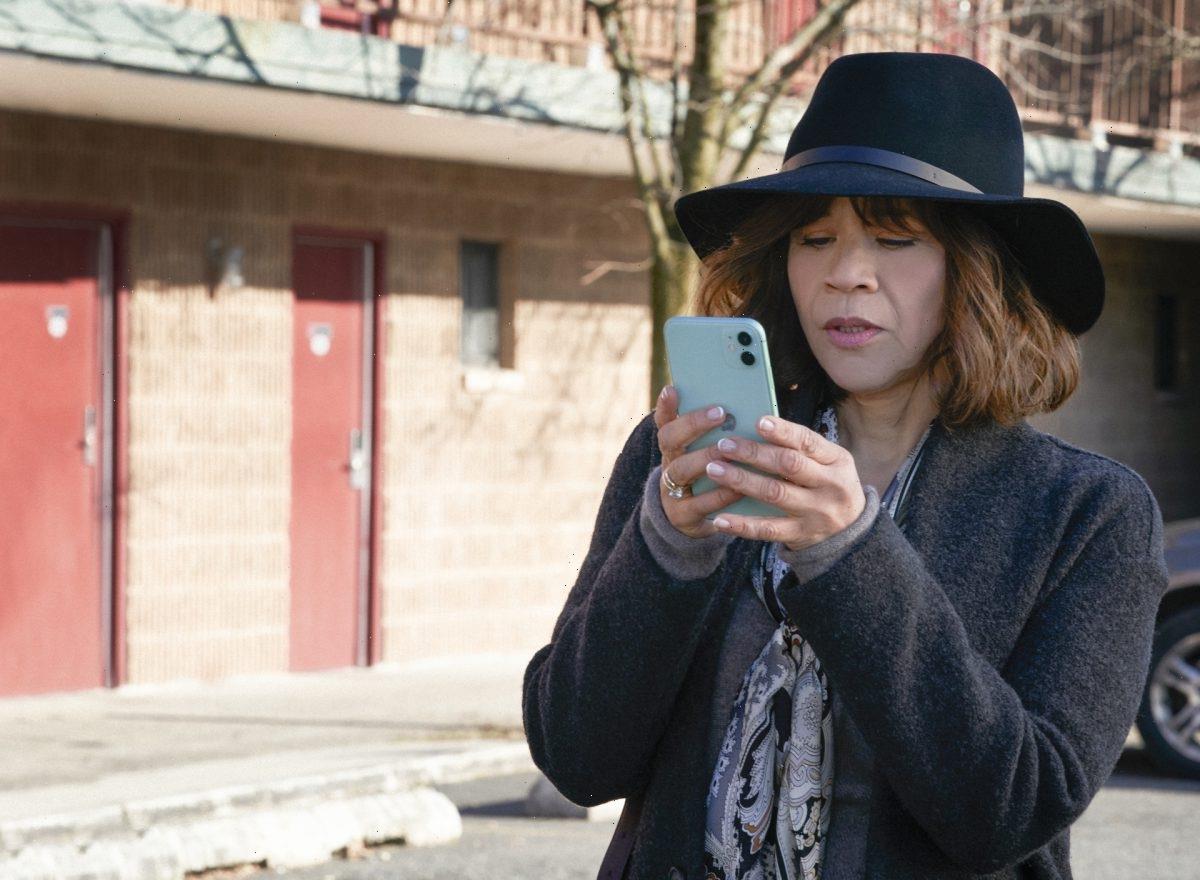 The Flight Attendant Season 2 has taken off, and its two-part premiere on HBO Max has already presented viewers with a number of new mysteries. The most pressing is who’s impersonating Cassie Bowden (Kaley Cuoco). However, Megan Briscoe (Rosie Perez) is also raising some major questions in The Flight Attendant Season 2 — especially after sending a cryptic Snapchat message for Cassie to decode.

[Spoiler warning: This article contains spoilers for the first two episodes of The Flight Attendant Season 2.]

The Flight Attendant Season 2 opens with plenty of problems for Cassie to contend with — from someone impersonating her to a bloody wig showing up in her stolen-then-recovered luggage. However, it’s not just Cassie who finds herself in unsettling circumstances in the new episodes of the HBO Max series.

After accidentally committing treason and fleeing the U.S. in The Flight Attendant Season 1, Megan Briscoe is back for the show’s latest outing. It’s unclear what she’s been up to in the year between seasons. However, one thing is certain: she seems to be in trouble.

Not only does Megan anxiously call Cassie during the premiere, but it looks like she’s planning to poison someone. Without further context, it’s difficult to say what Cassie’s friend has gotten herself into. But the mysterious Snapchat message she sent to her son may hold some answers.

Eli (David Iacono) brings the string of Emojis to Cassie, believing his mother wants her to decode it. Unfortunately, Cassie’s too wrapped up in her own drama to give it much thought — but fans of the show are trying to solve the riddle for her.

Cassie may not have time for Megan’s cryptic messages, but fans of The Flight Attendant are eager to figure out what her Emojis mean. Several have taken to Reddit to theorize about what Megan is trying to communicate. And although it’s hard to make out some of the symbols, they’ve guessed the meaning behind a few — from the penguin and key to the “7700” at the end.

During the premiere, Megan sends Cassie a key with a penguin keychain on it, so that portion of the Snapchat message seemingly alludes to that. The penguin and key are followed by cherries, a crown, and the letters “LI.” One Redditor surmised that Megan wants Cassie to take the key to Fruit Crown on Long Island:

“The LI would be Long Island bec Megan was from Oyster Bay (on Long Island.) It looked like some kind of locker/safe key so my guess is ‘bring the key to Fruit Crown (a produce warehouse) in Long Island and the locker/safe number/code is 7700,’ but I dunno why the high five (which many ppl think is praying hands) are there.”

The number “7700” could certainly be a combination of some sort, but one Redditor also points out that it’s the aircraft code for an emergency. That’s a language both Cassie and Megan speak, so the latter could be pushing her friend to act quickly.

As some commenters mention, several of the Emojis can also allude to Cassie’s clone problem. However, it’s unclear how Megan would know about that. Fans will have to wait and see if their storylines come together. Could Megan hold the answers to Cassie’s bizarre mystery?

With so many possible ways to decode Megan’s message, fans will need to keep watching The Flight Attendant Season 2 for answers. It may take a while for Cassie to turn her attention to her friend’s cry for help. Viewers know how self-centered Cassie can be — especially when strange things are happening around her.

While she focuses on her own mystery, perhaps fans will get further insight into where Megan is. It’s possible her plight ties into her friend’s somehow, even if it’s hard to imagine how.

New episodes of The Flight Attendant stream on HBO Max every Thursday.