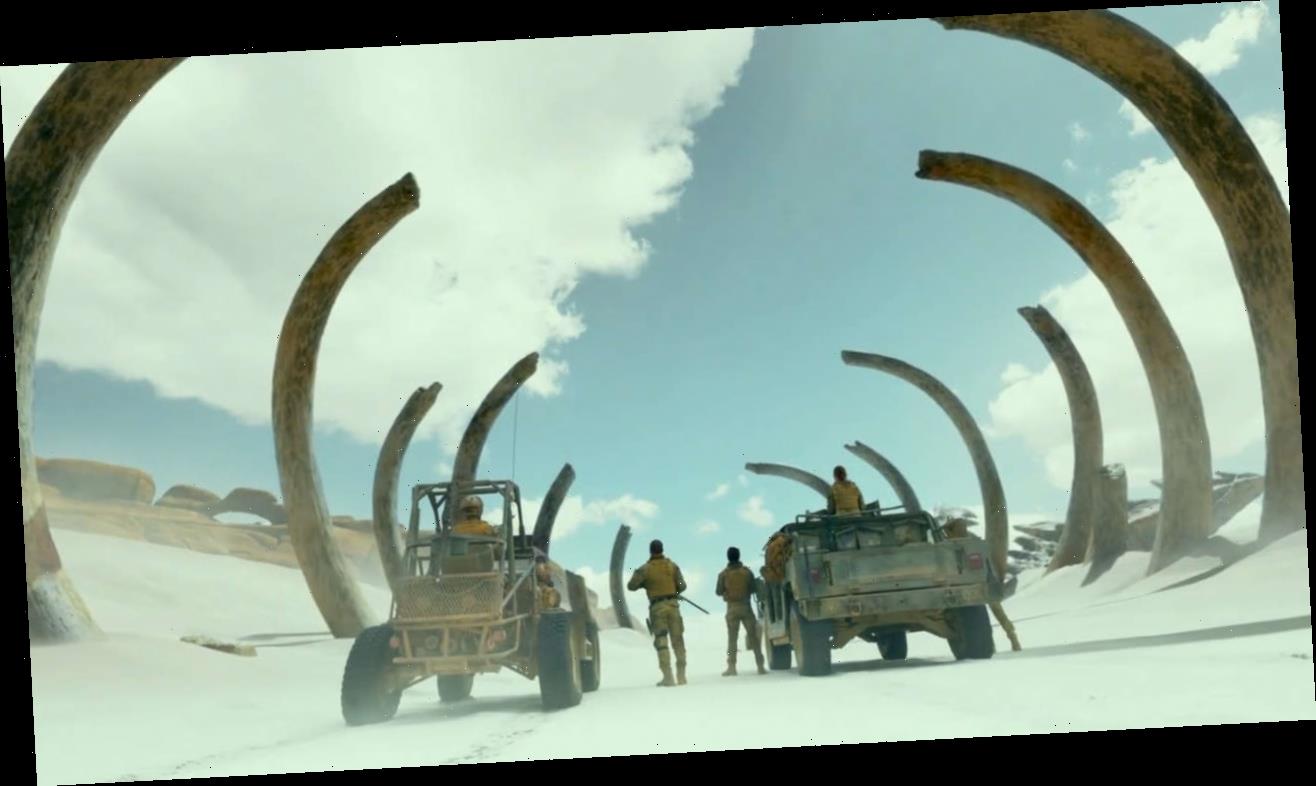 Another video game adaptation is just weeks away from arriving in theaters–assuming it doesn’t get pushed back like every other movie in 2020. Monster Hunter sees Milla Jovovich as a member of the military whose group gets magically transported to the world of the video games, and of course, she has to hunt monsters.

The first full trailer is here after a series of teasers over the past few weeks. Sony Pictures revealed the video, and there are a few nods to Capcom’s gaming series. Check it out below.

There are many elements from the game, like a Rathalos and Diablos showing up in the trailer or some of the weaponry Jovovich’s character uses. However, unlike the games, this movie’s focus is on someone from Earth heading to the Monster Hunter universe.

The movie’s synopsis gives a bit more detail about the film’s once secretive plot. “Behind our world, there is another: a world of dangerous and powerful monsters that rule their domain with deadly ferocity. When an unexpected sandstorm transports Captain Artemis (Milla Jovovich) and her unit (TI Harris, Meagan Good, Diego Boneta) to a new world, the soldiers are shocked to discover that this hostile and unknown environment is home to enormous and terrifying monsters immune to their firepower.”

From there, the crew meets a hunter played by Tony Jaa, and they all band together–on a team led by an Admiral played by Ron Perlman–to hunt monsters.

The film is directed by Paul W.S. Anderson (Resident Evil), and it will head to theaters on December 30.