It’s vampires who feed versus one who speeds.

Round 3 of TVLine’s “The Best CW Show Ever” tournament — which is being held in celebration of the network’s 15-year anniversary on Sept. 18 — continues with an Elite 8 face-off between The Vampire Diaries vs. The Flash.

Leading up to this matchup between supernatural and superfast, The Vampire Diaries clearly had 90210‘s number and then proved to be bracket-tournament kryptonite to Superman & Lois. The Flash, meanwhile, handed Walker his hat before racing past iZombie in the Sweet 16 round.

What does the overall bracket look like as we head toward the homestretch? Scroll down to see the current standings, where Supernatural has become the first to hit the esteemed Final Four (click to enlarge). 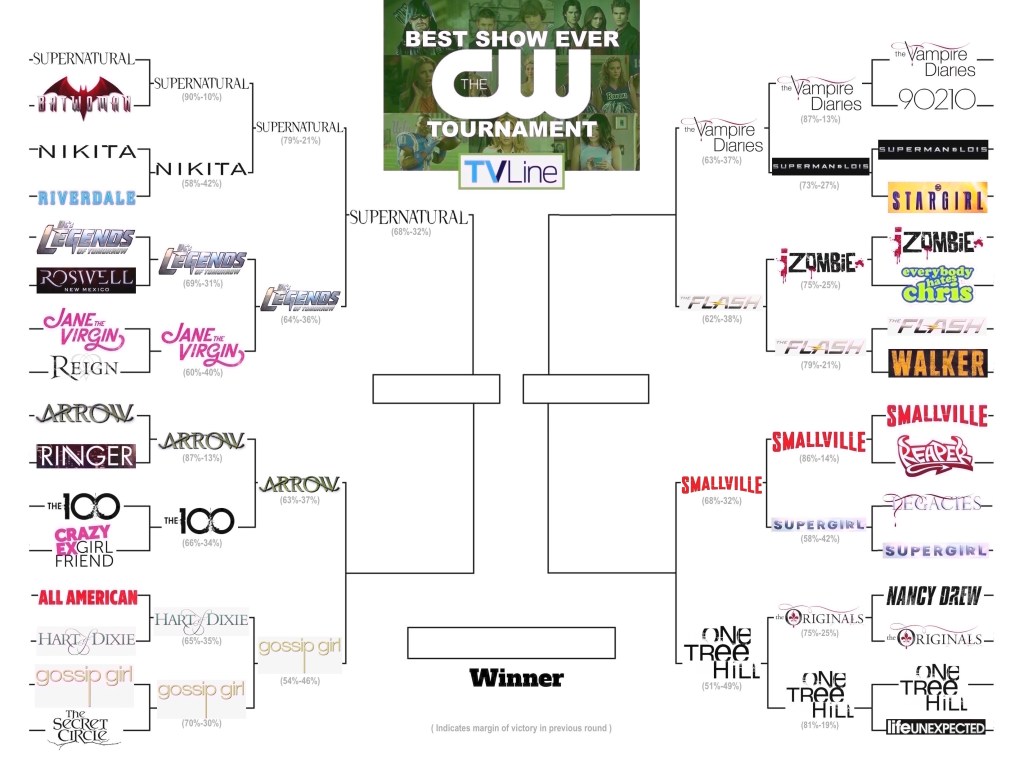 Does The Flash or Vampire Diaries get your vote this time? Weigh in via our poll below (results are hidden; poll closes after 24 hours) to determine who advances to this week’s Final Four, then hit the comments to back up your choice!

VOTE FOR THE FLASH OR THE VAMPIRE DIARIES!