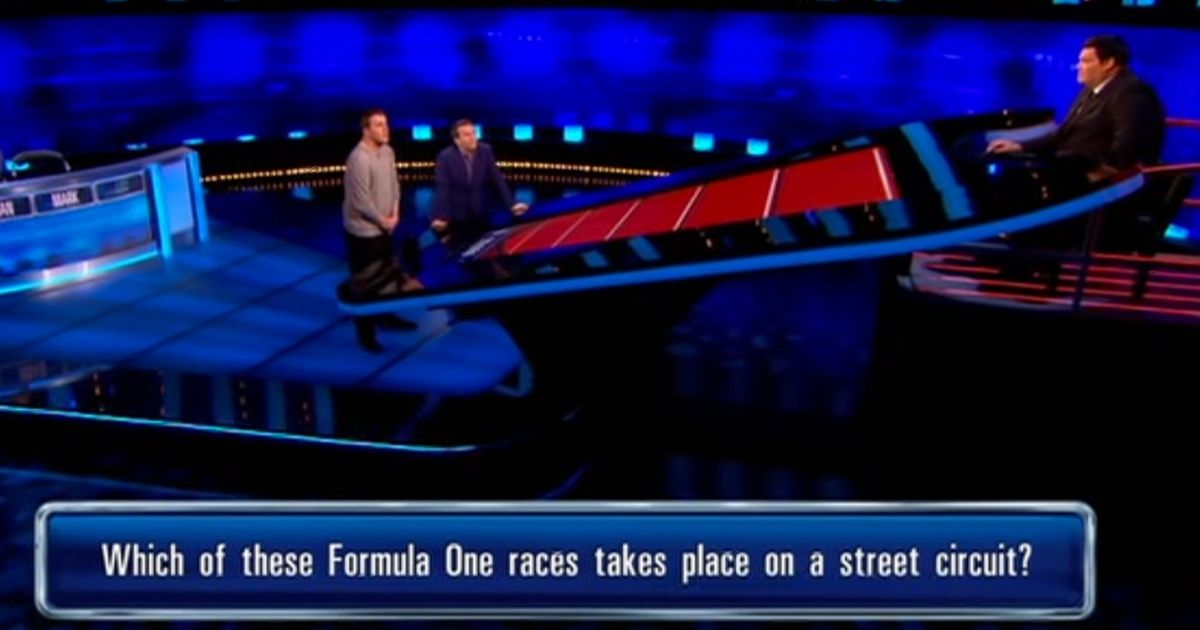 The Chase viewers were left mocking one contestant on the show on Wednesday after an awkward fail.

Contestant Mark was second to take on the Chaser Mark Labbett.

He got off to a good start during the cash builder round, with high hopes from fans he would do well in the final chase.

But the hopeful didn’t do as well when he faced The Beast, and ended up leaving the show early on.

It was one question in particular that sent him packing that viewers were stunned over though.

Mark revealed he was a sports fan when introducing himself to Bradley Walsh.

However, Mark lost the show after getting the answer wrong to a sport related question. He was asked: “Which of these Formula One races takes place on a street circuit?”

The options were Abu Dhabi, Malaysia and Singapore, with Mark opting for the first answer.

He got the question wrong though, and was beaten by the Chaser, Mark, leading fans to take to Twitter to mock the situation.

One viewer said: “Loves all sports, goes out on sport question, shocker.”

Another agreed: “What happened he was an expert on sport?” as a third tweeted: “Sports expert out on a sports question.”

But Mark defended himself on Twitter, saying: “I said I was a sports fan, not that I was a sports expert!” while revealing the episode was filmed back in 2015.

The Chase airs weeknights at 5pm on ITV.