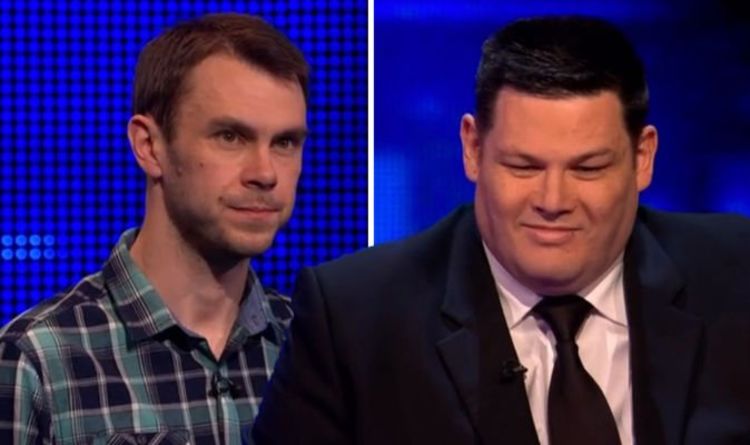 Bradley Walsh welcomed a host of new contestants on to The Chase this evening as they all tried their best to beat the Chaser and walk away with the jackpot prize.

First to face the Chaser was James who earned £6,000 in his cash builder round and went on to comfortably beat Mark and return to the rest of the team.

Ben was next up but before he made his way to the platform Mark let slip a shock revelation about the player that surprised Bradley and the rest of the team.

Once James had returned to his seat Bradley began to introduce Ben but was interrupted by Mark who called him “Ben the bandit”.

“What do you mean?” questioned a puzzled Bradley before Mark revealed he knew Ben from quizzing competitions in the past.

Mark remarked: “He’s got form with national quizzes,” to which the rest of the team could be heard gasping in shock.

Before Ben began his cash builder round, Bradley asked the contestant to clarify what Mark had meant by his comment.

“Like Mark said, I’ve been on a couple of quizzes,” Ben said, to which Bradley asked: “TV quizzes, pub quizzes, or a quiz league?”

“TV quizzes,” Ben replied before adding: “My son is a huge fan of this programme.” 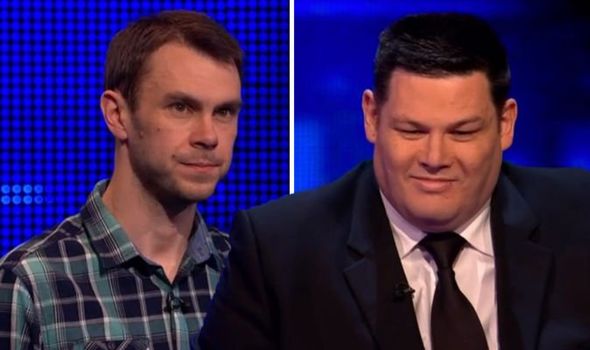 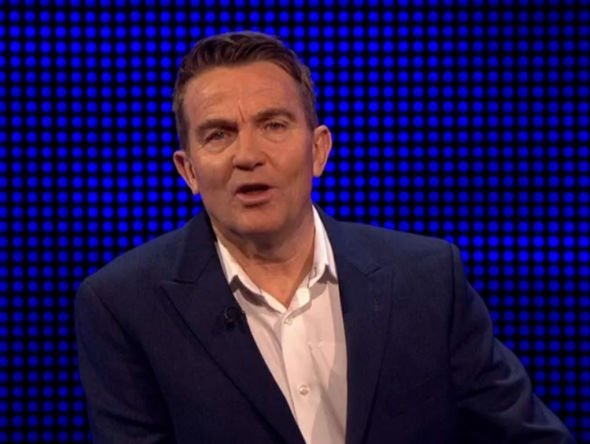 Bradley gave a shout-out to Ben’s five-year-old son before kicking off Ben’s cash builder round.

The hopeful quizzer earned an impressive £9,000 which he added to the jackpot prize after beating the Chaser.

After a comfortable head-to-head Bradley asked Ben if he had wished it would have gone for the higher offer of £39,000.

Not taking no for an answer, Bradley asked again: “Don’t you wish you’d gone for 39 now?” 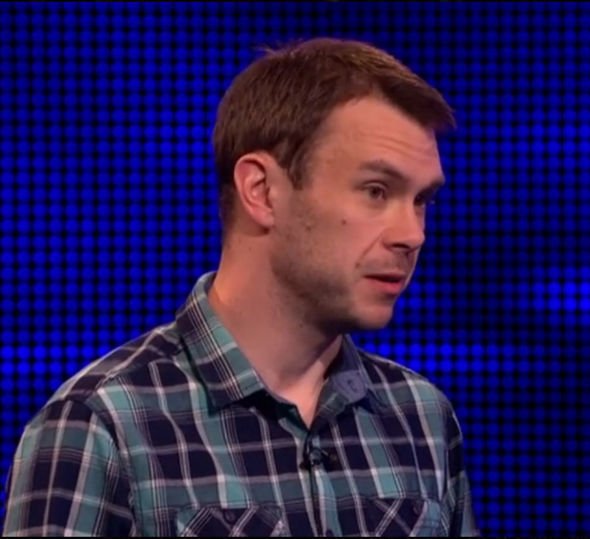 This time Ben hit back: “If I had known he would get two wrong…” before Bradley cheekily asked the same question again.

“Yes Bradley,” Ben answered the third time before Bradley burst out laughing and then carried on with the show.

Next to face Mark was Sophie who also had a successful cash builder round but failed to make it back to the team with the £6,000 she had earned.

Tony was the final contestant to face the Chaser and added a massive £45,000 to the prize fund taking the total jackpot prize to £60,000.

However the three quizzers’ luck ran out in the final and despite answering 22 questions correctly, Mark beat them with less than five seconds remaining.

The Chase airs weeknights at 5pm on ITV.