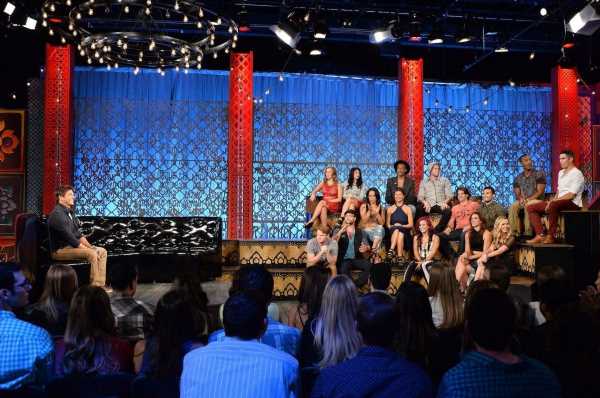 Host T.J. Lavin announced Ashley Mitchell’s disqualification in The Challenge Season 37 Episode 14. While the show didn’t explain what occurred, T.J. noted Ashley failed to follow the rules, thus resulting in production sending her home. According to spoilers, she engaged in a verbal altercation with Josh Martinez that turned ugly.

As for Big T, this would normally mean she gets sent home. But because of Ashley’s disqualification, production allowed her to stay. She remained on the Ruby Cell.

While Big T got a second chance after losing an elimination in The Challenge Season 37, she knows the other competitors view her as one of the weakest players in the game. Prior to the elimination, Logan Sampedro and CT Tamburello told the cameras they didn’t want to work with Big T moving forward.

“If Big T comes to Sapphire, I’m going to change to Ruby again,” Logan said. “Big T, as a competitor, is bad.”

It seems Big T’s weaknesses on the show impacted her decision as to whether she wanted to come back and join The Challenge Season 38 cast. A fan asked her via Instagram if she planned on returning to the show for the next season.

“As it stands for the time being, no,” she told the fan regarding returning for season 38, a Reddit screenshot reveals. “If I ever get the opportunity to go back on The Challenge. I would like to return at my optimum fitness level and feel extremely confident as a physical competitor. There are areas I need to improve on and it takes time to train properly.”

Additionally, Big T revealed she applied to culinary school and is currently waiting to hear back. “As you guys know, cooking is a huge passion of mine, and the course starts in January,” she added.

When is ‘The Challenge’ Season 38 premiere date?

While we don’t yet have much intel on The Challenge Season 38 cast, the season will allegedly begin filming in January 2022. This also makes sense as to why Big T may not join the cast if she goes to culinary school.

So, when is The Challenge Season 38 premiere date? MTV hasn’t made any official announcements yet, but spoiler accounts believe the season will start a month or two after filming begins. This likely means we’ll see a premiere around late February or March 2022.

For now, The Challenge Season 37 airs Wednesdays at 8 p.m. EST on MTV, and The Challenge: All Stars Season 2 airs on Paramount+.