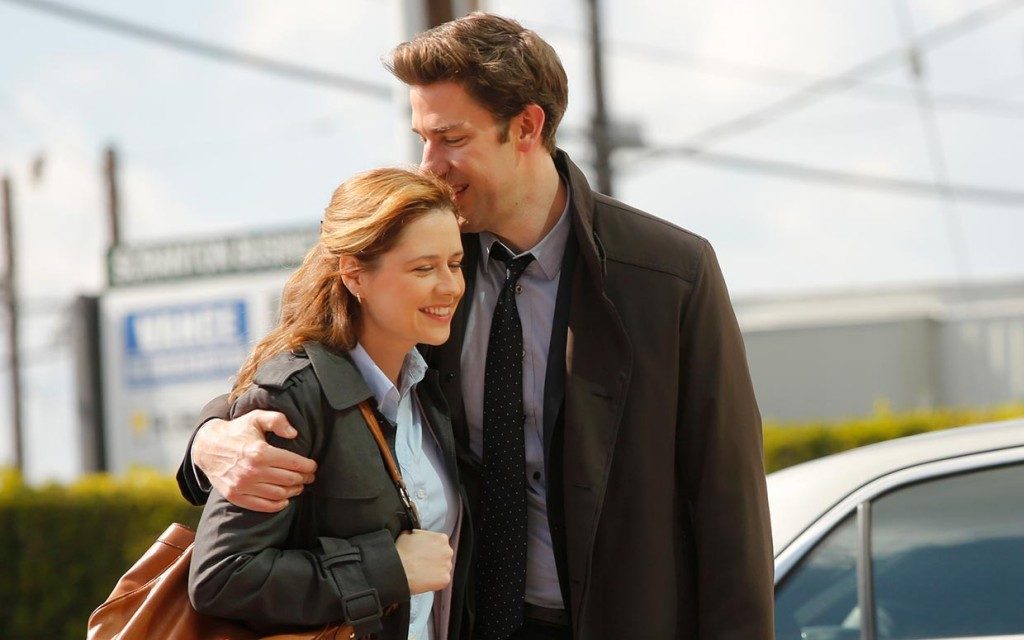 Spanning nine seasons and a whopping 201 episodes, there’s no shortage of hysterical episodes of The Office to choose from. The star-studded cast lent their tremendous talent to the series, resulting in some of the most well-executed comedy to ever grace the small screen. With so many iconic episodes, it can be hard to settle on a favorite. We’re helping you pick by revealing some all-time favorite episodes of the cast. Warning: Spoilers ahead.

If you don’t watch any other episode of The Office, you must watch “Dinner Party.” If you can’t remember the plot for whatever reason, this is the episode where Michael and Jan have people over their condo for dinner. Not only is this is a fan favorite episode, it’s also an all-time favorite of many cast members. In fact, the episode was so hilarious, the cast barely got through it.

This episode is a personal favorite of Steve Carell, who played the infamous Michael Scott. “It turns into a who’s afraid of Virginia Wolf,” Carell said about the episode in an interview with ESPN. “I enjoyed acting in it. It was a very difficult episode to get through because we were laughing constantly.”

Any episode that starts with Michael cooking his foot is an episode that is well worth a watch. This episode perfectly encapsulates who Michael is as a person (whiny, ridiculous, idiotic, and yet somehow still lovable) and the deep love and unwavering loyalty that Dwight Schrute has for him. This iconic episode is a personal favorite of Rainn Wilson who plays Dwight.

“It’s such a classic in my mind — Dwight getting in a car accident, concussion, throwing up on his car, and him actually developing a friendship with Pam because his personality changed from the concussion. Completely realistic, grounded. I love that one,” Wilson joked in an interview with the rest of the cast.

Funnily enough, this episode is also the favorite of Jenna Fischer (who plays Pam Beesley Halpert on The Office) for a similar reason. “I was going to say ‘The Injury’ as well. I really love the episodes where Pam and Dwight become friends. We just did one, actually, where Pam and Dwight team up for a common goal,” Fischer said animately.

All you Jim and Pam fans, you’ll love what comes next. Seems the cast of The Office loves the relationship between these lovebirds as much as we do. “Casino Night” is a pivotal episode for both Jim and Pam because they are both forced to finally confront their feelings for one another. And it’s for that very reason that “Casino Night” is John Krasinski’s (aka Jim Halpert’s) favorite.

“I have so many favorite moments and memories. But if I had to settle on one, I’d say ‘Casino Night.’ It was one of the most important moments for me as an actor, for the show and for the Pam and Jim relationship. It took the relationship to another level for the Jam fans; we ratcheted it up a story in the high-wire act. I felt like I was now responsible for something that was really important to the fans, and I got excited by that,” Krasinski confessed.

It was the kiss heard ’round the world and also probably one of the most uncomfortable kisses we’ve ever seen. While desperately trying to prove his tolerance for gay people, Michael plants one on a horrified and disgusted Oscar Martinez. Fun fact about this scene is that the kiss was improvised. Carell was only supposed to go in for a hug, but instead, he surprised the entire cast by going for the kiss instead. This hysterical episode is a personal favorite of Ed Helms.

“There’s a million favorites. I watched the scene of Steve smooching Oscar in ‘Gay Witch Hunt,’ and the prospect of joining the show was so exciting to me,” Helms confessed. He mixed up his timeline a little here, as he had already joined the show by the time this episode was being made, but the sentiment still holds.

With so many great episodes to choose from, we’re surprised that the cast of The Office was even able to choose their favorites. We’ll be revisiting all of these hysterical episodes asap and binge-watching the outrageous show until Netflix removes it from its platform in 2021.