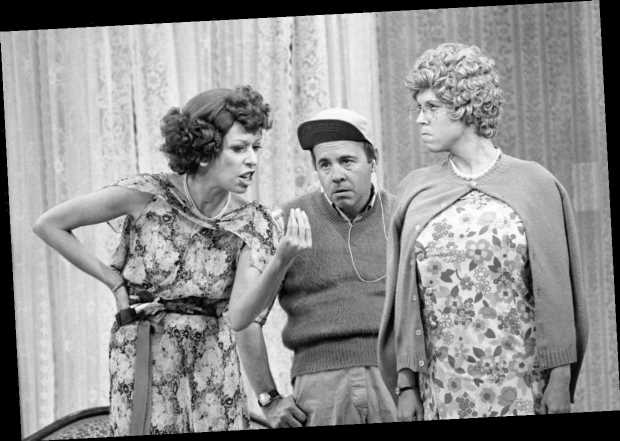 The Carol Burnett Show was filled with hilarious moments and the cast did their best to keep from breaking, but it wasn’t always possible. One famous blooper left the stars and audience in hysterics as Tim Conway went on and on with a ridiculous elephant story — and it broke Carol Burnett‘s rule for the show.

Burnett shared some of the details about that sketch in her memoir In Such Good Company, in which she explained in a chapter titled “The Famous Blooper” why it was important to her that the cast didn’t break character. Unfortunately, sometimes that just wasn’t possible.

“As I’ve said, I never wanted to stop and do a retake, because I like our show to be ‘live,’ so when the ‘Family’ sketches came along, I was adamant that we never break up in those scenes, because Eunice, Ed, and Mama were, in an odd way, sacred to me,” she wrote. “They were real people in real situations, some of which were as sad and pitiful as they were funny, and I didn’t want any of us to break the fourth wall and be out of character.”

Burnett and the cast couldn’t get through one sketch without losing it due to Conway’s hilarious story. “Then one week, in the eleventh season, Tim was appearing as Mickey Hart, Ed’s hapless helper in the hardware store, and the family was playing Password, with Mickey as Eunice’s partner and Dick Van Dyke, playing a boarder named Dan, as Mama’s partner,” Burnett shared.

“Eunice wants Mickey to guess the password ‘ridiculous,’ and gives him the clue ‘laughable.’ Mickey responds with ‘elephant!,’” Burnett recalled. “Eunice is obviously pissed as hell at this dumb answer, and is lacing into Mickey about his stupidity, when Mickey starts to explain why he thought the word was ‘elephant.’”

Burnett went on to share, “Okay, now it’s the early show and Tim, as the dim-wicked Mickey, starts riffing about how he once saw a ‘laughable’ elephant in the circus, whose trainer dressed him in a tutu, etc., etc., and there was a rumor that they were lovers, etc., etc. None of us had ever heard these lines until that dress rehearsal. The audience was hysterical, and much to my grief, so was I, after all my pontificating about not breaking up in the ‘Family’ sketches!”

“I was determined not to break character on the 7:30 show,” she added. “Between shows, our director, Dave Powers, gave us the note that ‘the elephant story will be different of the second show, and good luck.’ Period.”

Vicki Lawrence’s line sent the actors off the deep end

In the first part of the clip from the dress rehearsal, Conway tells the elephant story about a circus animal and the trainer being lovers. Burnett tries to hold it together as a smile creeps on her face and when the camera pulls out to show the rest of the cast, they have their heads down trying to compose themselves. The audience is in hysterics throughout the scene.

The second part of the video is the sketch meant for air and Conway launches into an even more hysterical story about Siamese elephants. It’s clear from the start that none of them are going to get through it without laughing, with Conway starting to giggle as well.

Burnett carries on at the end of Conway’s story, telling “Mama” it’s time for her turn at the game. Vicki Lawrence hilariously quips, “You sure that little a*shole’s through?”

Lawrence’s improvised line sent Conway off one end of the couch and Dick Van Dyke off the other, with Burnett completely losing it.