As far as four-word thesis statements go, “Things you do matter” is about as efficient as they come. When Mike Prince (Corey Stoll) offers that sentiment up to Rian (Eva Victor) as a means of persuasion, it’s an effective blanket statement for the whole of “Billions” Season 6. The would-be benevolent billionaire makes speaks these words as an acknowledgment that none of his own actions come without consequences, however much he thinks he has the means to ignore them. But as has been the case for pretty much every major player this season, it’s always as important to consider to whom those things matter.

Per federal regulation, all “Billions” finales must start in medias res. While this one doesn’t have the same bait-and-switch as its predecessor (the “He here?” twist from the end of Season 5 is still a classic), this episode is more transparent about where things are headed. In some ways, it’s more in line with the stated Prince Way that ostensibly guided a few of his season’s decisions: Keep everything above board.

So instead of solely following a ball of thread through a labyrinth of bitcoin heists, former employee confrontations, and revelations about personal conduct, “Cold Storage” keeps returning to an interrogation room where Dave Mahar (Sakina Jaffrey) continues to grill Prince in one breath while dangling the threat of prison time in front of Chuck Rhoades (Paul Giamatti) in the next. With each of these men barely doing anything to hide their contempt for the other’s chosen path, “Billions” once again sets in motion a showdown where no one really loses and no one really wins. After a pair of handcuffs, an apparent multi-billion-dollar loss, and plenty of wound-licking, the cycle once again resets for a Season 7 of these guys at each other’s throats.

Yet, for as much as they’re jockeying for position in the eyes of the law, the pivotal part of this episode revolves around a different realm entirely. After an all-hands meeting in the MPC atrium where Prince delivers the news to the team that he has an impending Presidential run, Rian realizes that her post-party encounter with him might have serious ramifications. At first, her confession to Taylor seems like a contrivance (or a calculated move). But as Wags (David Costabile) and Scooter (Daniel Breaker) soon point out, the security measures of the extremely well-off ensured that her presence at the Prince estate after hours was never really a secret to begin with.

Rian confronting the inevitable brings up conversations of power on a much more concentrated, interpersonal scale. She’s adamant that their affair was between two enthusiastic parties. (The decision to only show the morning after requires the audience to trust her.) With Wags and Scooter apparently calling in some fixer favors, for now Rian and Prince’s personal relationship remains a company matter. Prince’s sway to remove a potential scandal from existence and Rian’s relative uncertainty about how a media narrative could have coalesced around her choices seems to belie the fact that the two are on an equal footing of control. It makes that later Prince speech about being someone who matters feel insidious, as if he can also wipe away their power dynamic by fiat. Regardless of how this situation continues to evolve along with Prince’s ambitions, theirs could be a treacherous origin story.

There are times when “Billions” seems to have conversations with itself and this finale is no exception. Maybe chief among the handful of soul-searching moments is Chuck’s conversation with Ira (Ben Shenkman). Chuck’s inner-circle, post-impeachment retreat seemed to do absolutely nothing to sate the man’s desire for toppling his perceived rivals, to the point where he does everything short of throw money at his best friend to enable an ongoing giant-slaying habit. There’s more than a hint of exasperation in Ira’s voice as he tells his friend to find something else to fill his days. With Chuck and Wendy (Maggie Siff) now casual school event buddies and his kids even more absent from the show than they were back when their marriage was still intact, this conversation is the closest to the show asking itself if there’s anything else left for Chuck beyond vengeance. 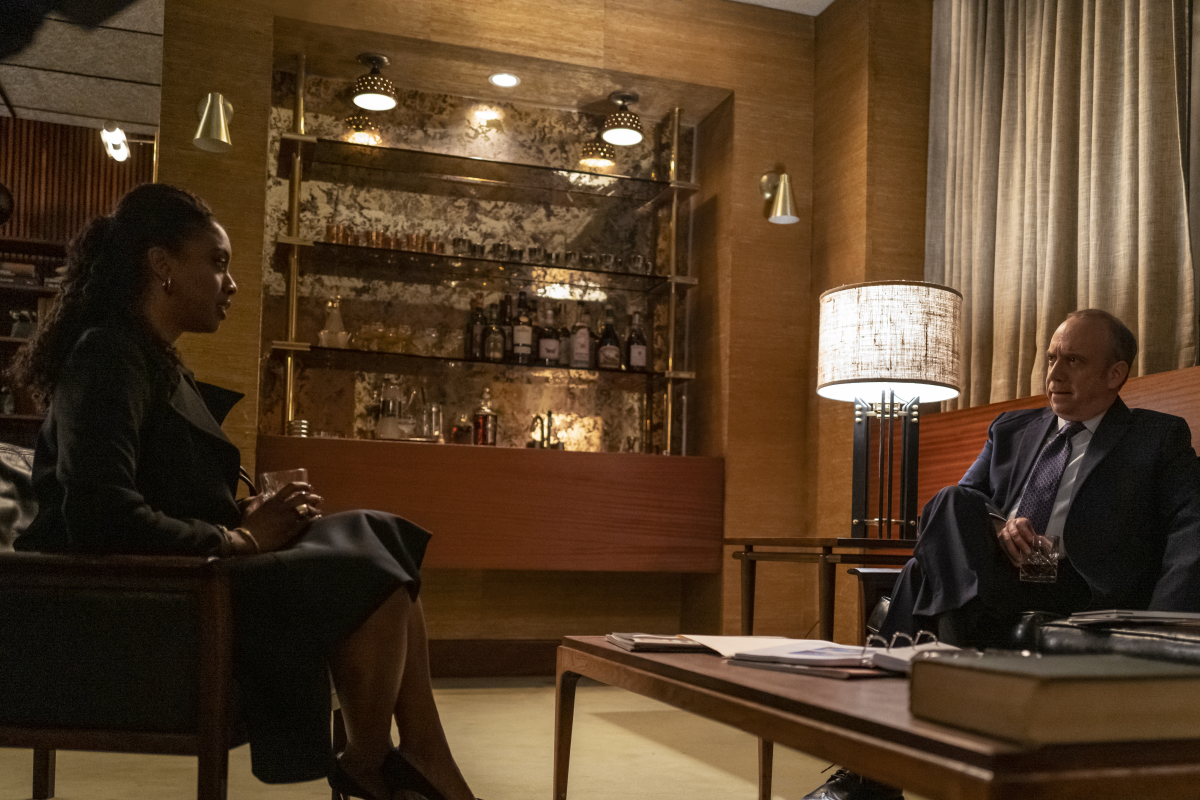 Especially now that Chuck is out of office and freed from the obligations of treating all forms of injustice as worthy of his attention, he’s a man on a vindictive mission. He’s no stranger to emotion, but that nasty back-and-forth with Kate Sacker (Condola Rashad) in his office is the sign of someone who’s lost his bearings. The Biblical conundrum of gaining the world but losing your soul that so often gets pointed at the wealthiest of the wealthy on “Billions,” but this episode is a reminder that Chuck’s goals have their own prices. Scorched-earth tactics on his show often make for high drama — this finale’s relative lack of triumph seems to be pointing to the idea that “Billions’” endgame, whatever it is, will more than likely leave Chuck as a husk of his former self.

“Billions” often tries to thread the needle when it comes to giving its scumbags a cool sheen and a hearty fist pump. Mostly that comes on the backs of a promise of change — whatever underhanded dealings or predatory policies got them to this point, they shall stray no more. There have been six seasons’ worth of New Eras, promises to clean up shop that have almost all gone unfulfilled. If Wags laments the bygone honesty of the Axe days, the fallout from Prince’s failed financial gambit might just make him regret what he asks for. After a season and a half of flirting with a more virtuous class of folks in the Three Comma Club, “Billions” seems to have circled back around to the dark side.

Regardless of how much sincerity was laced into Prince’s past headline-grabbing gambits, “Cold Storage” cements him as a political animal just as craven and opportunistic and ruthless as his competitors. The altruism that glimmered at the start of the season is now buried under a room full of bricked hard drives. He seems intent on telling anyone in earshot that his crypto war chest is now kaput (though, given this show’s machinations, what’s digital may never die). As the two people in the “Billions” ring, wailing on each other like Rock ‘Em Sock ‘Em Robots, both have shaved off significant chunks of their moral code and stumbled into some self-justification at the end of it.

Yet for all of Prince’s lofty ambitions, this finale is “Billions” at maybe its most insular. Narrowing things down to that interrogation room, for someone with eyes toward Pennsylvania Avenue, his circles of enemies and friends are both constricting. With the departure of Damian Lewis at the close of last year, there was a wide range of possibilities where the show could leap to next. Now, with Chuck and Prince locked in a blood feud (with Dave and her dulcet tones joining the fray for good measure) “Billions” is scrunching inward again, almost destined to be a black hole that neither of its main sparring partners seem likely to escape from.

Though, the fact that either see themselves invincible enough to emerge from the Season 7 aftermath and claim a satisfying victory seems dubious at best. Those with power on “Billions” have seized it by force, either with the help of dollars or the DOJ. The next season’s worth of bouts may not have a markedly different arsenal, yet this is an ongoing war of attrition that’s set to claim more from its combatants and those around them than ever before.

“Billions” Season 6 is now available to stream via Showtime.