The Bachelorette‘s Michelle Young handed out her final rose while also handing ABC yet another primetime win.

Season 18 of the ABC dating competition series came to a close Tuesday evening, marking the night’s highest-rated program. Per fast affiliates the season ender, which saw Michelle pick Nayte Olukoya as her final man, drew in a 0.6 rating in the 18-49 demo and 3.29 million viewers. Runner-up was Brandon Jones. While The Bachelorette was steady from previous weeks leading to the finale, Tuesday’s ender was down in demo rating from the Season 18 premiere in October (0.7, 2.84M) but rose in viewers.

The Bachelortette shined against repeats on both CBS and NBC. CBS took the night’s most viewers among non-sport programming with a repeat of FBI (0.4, 4.13M). Fox featured regional coverage of various NFL games. The CW brought back Beebo Saves Christmas and aired Greatest Holiday Commercials Countdown 2021. 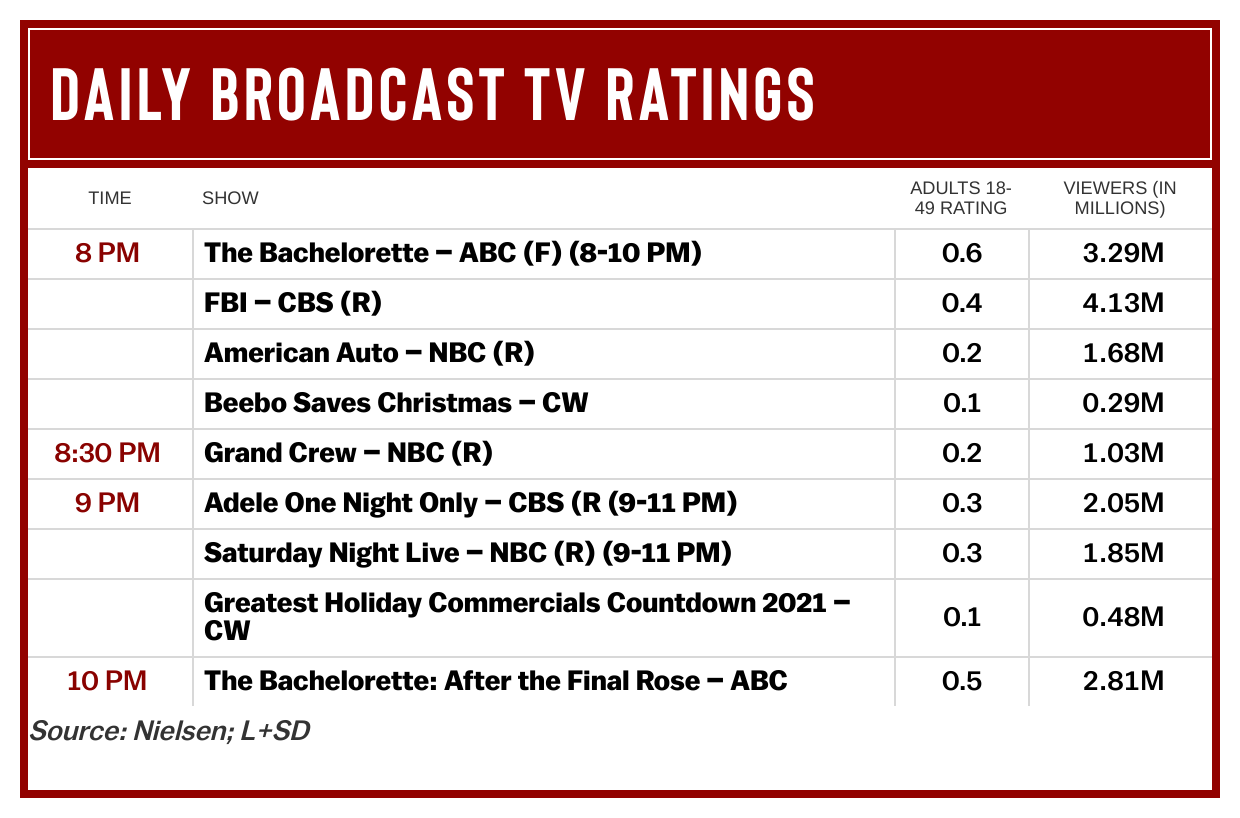 ‘Hawkeye’ Season 1 Finale: It’s Not All About The Big Bad Guy, But Something Smaller

‘Lion King’ Scraps Shows Until After Christmas: All The Latest Covid Cancellations