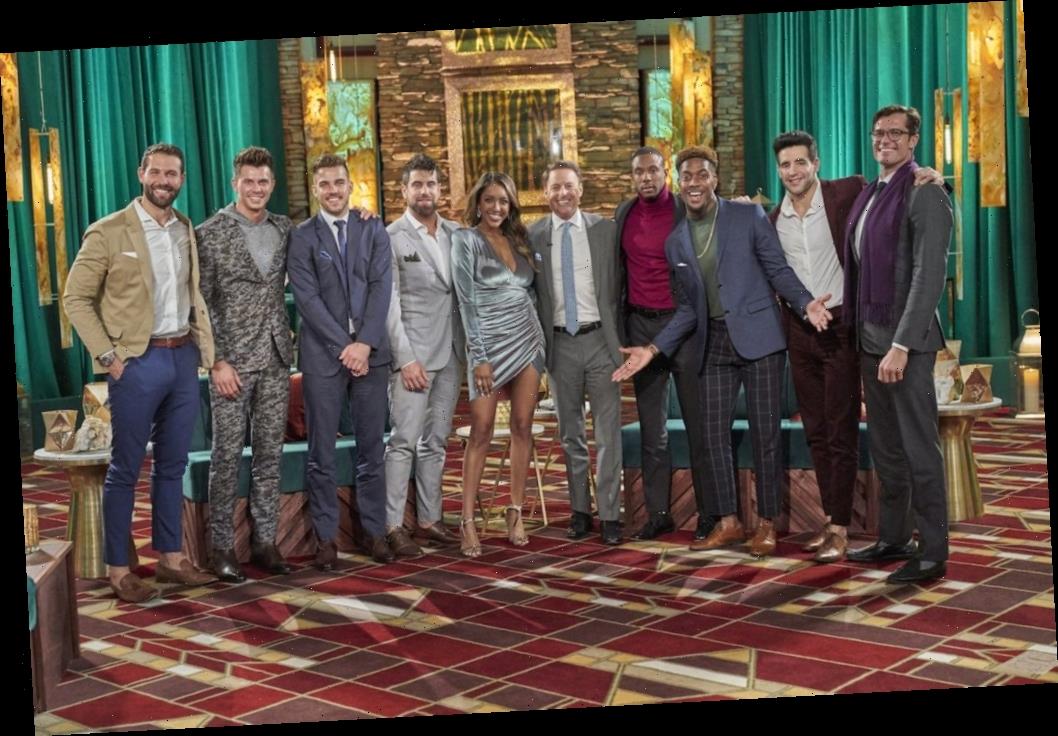 The Bachelorette franchise loves to bring back old contestants and Katie Thurston’s season is no exception. After filming for Katie’s season has already begun, the show might be bringing back a recent competitor after he was sent home on Tayshia Adams’ season. Fans caught this man filming and people are speculating that he’s looking for love with Katie.

‘The Bachelorette’ franchise has brought on old contestants before

Fans of The Bachelor and The Bachelorette know that the franchise has brought on previous contestants before. Most recently, Heather Martin, who looked for love and didn’t find it with Colton Underwood, went on Matt James’ season. He sent her home the night she showed up at the Nemacolin Resort for Matt.

Before Heather came back for a second season, Becca Tilley did the same thing. Becca was the runner-up during Chris Soules’ season of The Bachelor and returned to the show to meet Ben Higgins. She made it far on the show, but was not the final pick.

The most famous show repeater, though, is probably Nick Viall. He notoriously was the runner-up on both Andi Dorfman and Katilyn Bristowe’s seasons of The Bachelorette. After a failed stint in Bachelor in Paradise, ABC gave Nick one final shot in the franchise by making him lead of The Bachelor. He proposed to Vanessa Grimaldi, but the two split up months after the finale.

Now, going into Katie’s season of The Bachelorette, there’s allegedly a new returning contestant continuing their “journey” on television.

Blake Moynes appeared on ‘The Bachelorette’ with Tayshia Adams

Blake struck an early connection with Clare Crawley on The Bachelorette before she left the show with Dale Moss. When Tayshia entered the show as the new lead, he pursued a romantic connection with her as well.

Tayshia didn’t see something longterm with Blake, though, and sent him home several weeks into the show.

On The Bachelor, after Matt didn’t give Katie a rose on their one-on-one date, fans thought maybe Katie and Blake could work in Bachelor in Paradise. Of course, that was before ABC announced Katie as the next lead of the show.

But new pictures that recently emerged showed that there might still be hope for Blake and Katie.

The pictures showed Blake wearing a mask, walking around production.

“Spotted — Ben and Ashley can reveal that Blake from Tayshia’s season has been spotted filming,” they captioned the picture. The duo claimed that they would be discussing the pictures more in depth on their podcast, Almost Famous.

Blake appearing on Katie’s season tracks since he has expressed interest in her before, and fans were already hoping for them to link up. But fans should still remain cautious, considering the photos were leaked on April 1 — April Fool’s Day.

Until ABC officially announces Blake is joining Katie’s season, or there are more photos of him on set, this remains speculation about his possible return to the show.