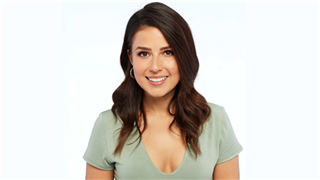 It’s Katie Thurston’s turn to hand out the roses! On Sunday, ABC unveiled the first promo for Katie’s season of The Bachelorette ahead of its June 7 premiere.

In the clip, Katie, 30, stuns in a lavender gown and holds a red rose as stand-out moments from her time on Matt James’ season of The Bachelor play.

“I don’t regret being myself. I know what I deserve,” Katie said at the time of her somewhat early elimination, which made her the first woman to ever be cast as the Bachelorette without having made it to the top 10.

In the promo, fans also get to relive Katie standing up against mean girls and are reminded of her ongoing hope to find love. Her 34 potential suitors, who range in age from 25 to 36, were revealed in March.

“I am who I am, and I want to meet someone who knows who they are,” she says. “My person’s still out there.”

The bank marketing manager from Renton, Washington, was announced as one of the next two Bachelorettes during Matt’s After the Final Rose special. The other leading lady announced was Michelle Young, whose season will air this fall.

“I’m ready to find love, and not just the temporary kind,” Katie said on After the Final Rose. “I’m talking forever, my husband, and I’m in a place in my life where I feel like I’m the best version of me.”

Katie’s season of The Bachelorette, which will be hosted by former franchise leads Tayshia Adams and Kaitlyn Bristowe, and will premiere Monday, June 7 on ABC.