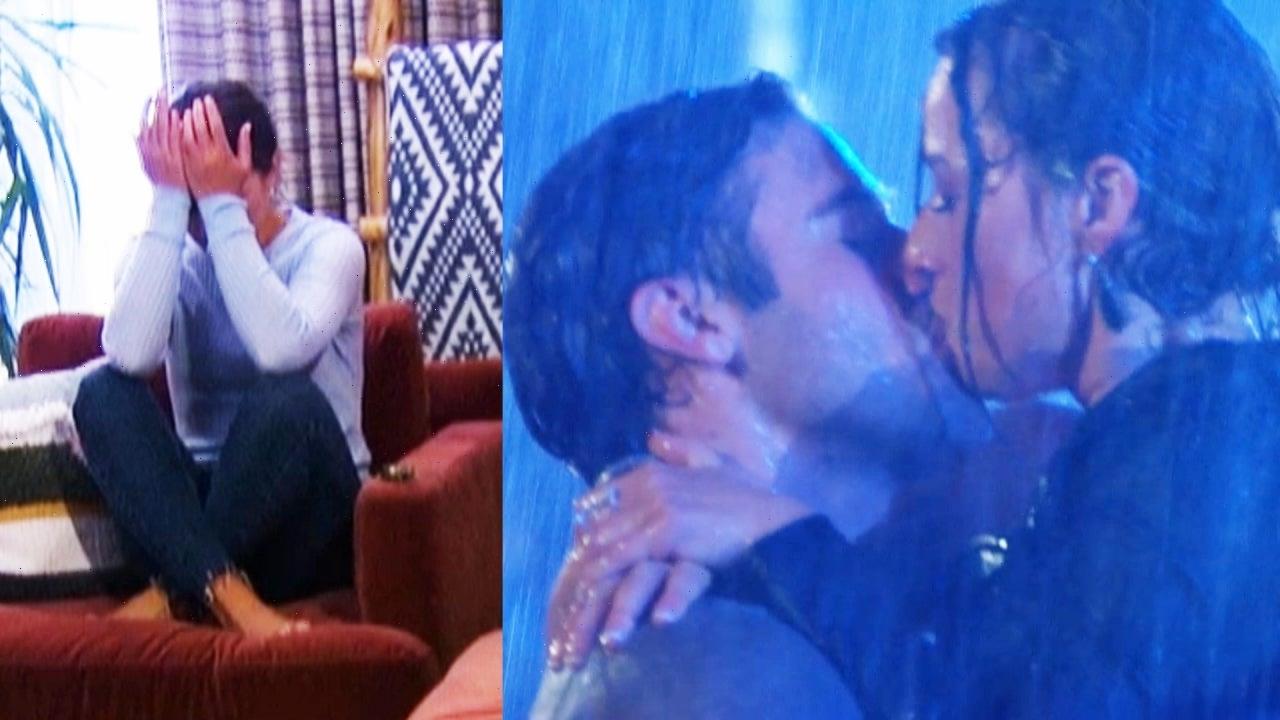 Katie Thurston is confronting her suitors. In an exclusive promo of the upcoming season of The Bachelorette, the leading lady emotionally tells the men who aren’t there for her to take a hike.

“I’m, like, honestly shaking right now,” Katie, wearing a sparkly green gown, tells the guys. “I made my intentions very clear about why I’m here. A bomb was dropped on me about multiple people still here for the wrong reason.”

“If you are not here for an engagement, then get out,” she instructs.

As Katie gives her impassioned speech, splices of the men reacting to the scandal play, with one noting that “what is happening is so wrong,” and another insisting that a fellow contestant is a “manipulative psychopath.”

The latest promo came shortly after another sneak peek revealed Blake Moynes, who previously vied for both Clare Crawley and Tayshia Adams’ hearts, as Katie’s mystery 30th suitor. The other 29 contestants were revealed earlier this month.

That promo also gave fans a look at Tayshia and Kaitlyn Bristowe as hosts, showed Katie making out with her men, revealed one contestant joined the show “for followers,” and showed the leading lady storming off and instructing producers to book her a flight home.

Katie is ready to bring on the men! Buckle up for the season premiere of #TheBachelorette, June 7 at 8|7c on ABC! 🌹 pic.twitter.com/mFLtoFoBGD

The latest season of The Bachelorette will premiere Monday, June 7, at 8/7c on ABC.