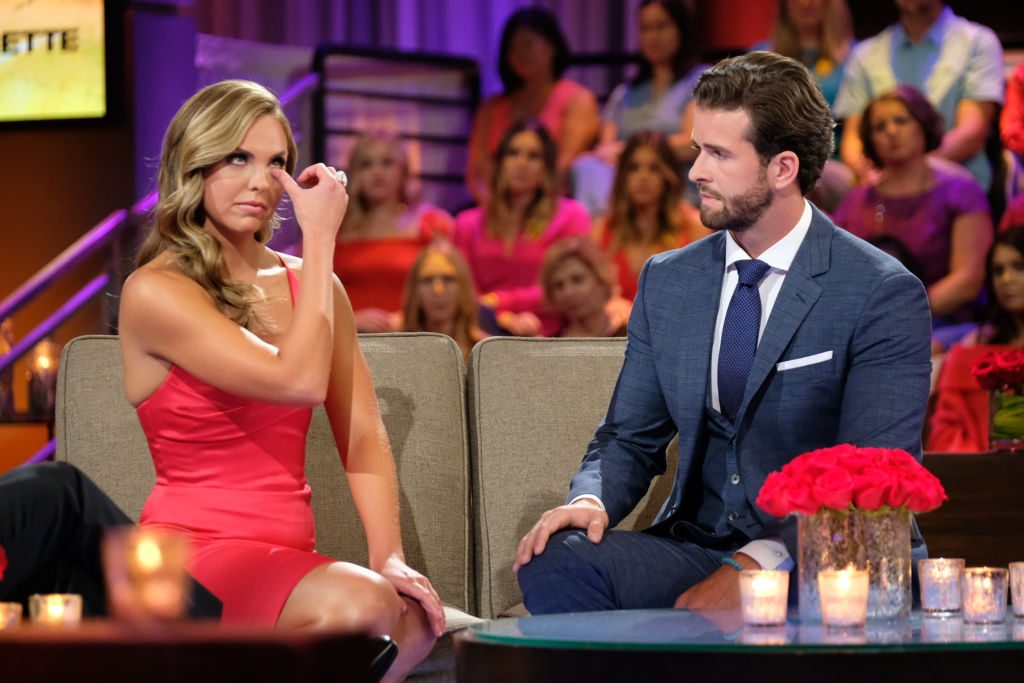 Former Bachelorette Hannah Brown called off her engagement to Jed Wyatt after finding out that he had come on the show with a girlfriend.

When Brown’s season was in the midst of airing, a woman named Haley Stevens came forward saying that Wyatt was her boyfriend and that he intended to return to her once the show ended.

After the story broke, Wyatt wrote on Instagram that he wasn’t able to comment on the situation but that he would as soon as he was able.

Then The Bachelorette two-part finale aired and Wyatt was able to share his side of the story. It wasn’t very convincing. He claimed that he never considered Stevens to be his official girlfriend, despite him telling her that he loved her and going on trips together.

On “After The Final Rose,” Wyatt apologized to Brown for being misleading.

“First and foremost, from the bottom of my heart, I want you to know that I’m sorry. Apparently, they’ve already shown where I half apologized but, especially in hindsight, now that I’ve had time to review myself and my past and my behaviors towards not only you but other people, I fully see that I wasn’t the best that I could be. And by lacking details to you, the things that you deserve, and the things that you want, it kind of–not kind of–it ruined what we found here in a place that I never would have expected to find love like this with someone that I wanted to spend the rest of my life with. And I know that you felt the same and I’m sorry that I took away that experience from you. I’m sorry that this has hurt your family, your friends, Bachelor Nation, everyone, my family, I’m sorry. I’m responsible for this. I will own up to it all day,” he said.

Wyatt still maintains that he and Stevens were never serious.

In a recent interview with LAnded Late Night with Haley Ringo, Wyatt said that he cared for Stevens, he just didn’t see their relationship going anywhere.

“She was great. I have nothing bad to say about her. She was always really sweet to me and we had a great time together. There was just no–we knew the show was coming, there was just not a solid enough ground for us to actually have a relationship. Had I actually had a relationship, like I said on the podcast, I wouldn’t have gone on the show,” he said, adding that her not having closure was “ultimately [his] fault.”

Wyatt went on to say that one conversation in particular with Stevens led him to believe that their relationship wasn’t serious.

“I remember sitting on her back porch. This was, I don’t know, a few weeks before I left for the show, and we were sitting with her roommate and we were talking about the possibilities of what could happen and we had discussed The Bachelor. I was like, I, ultimately, need to do what’s best in that situation. She was like ‘Yeah, I’d want you to do that. I would not not want you to do what’s best for you,’ which is really sweet. But why would you tell me these things and then come out and do this?” he said.

Read more: ‘The Bachelorette’: Jed Wyatt Says He Thought His Relationship With Hannah Brown Was Stronger