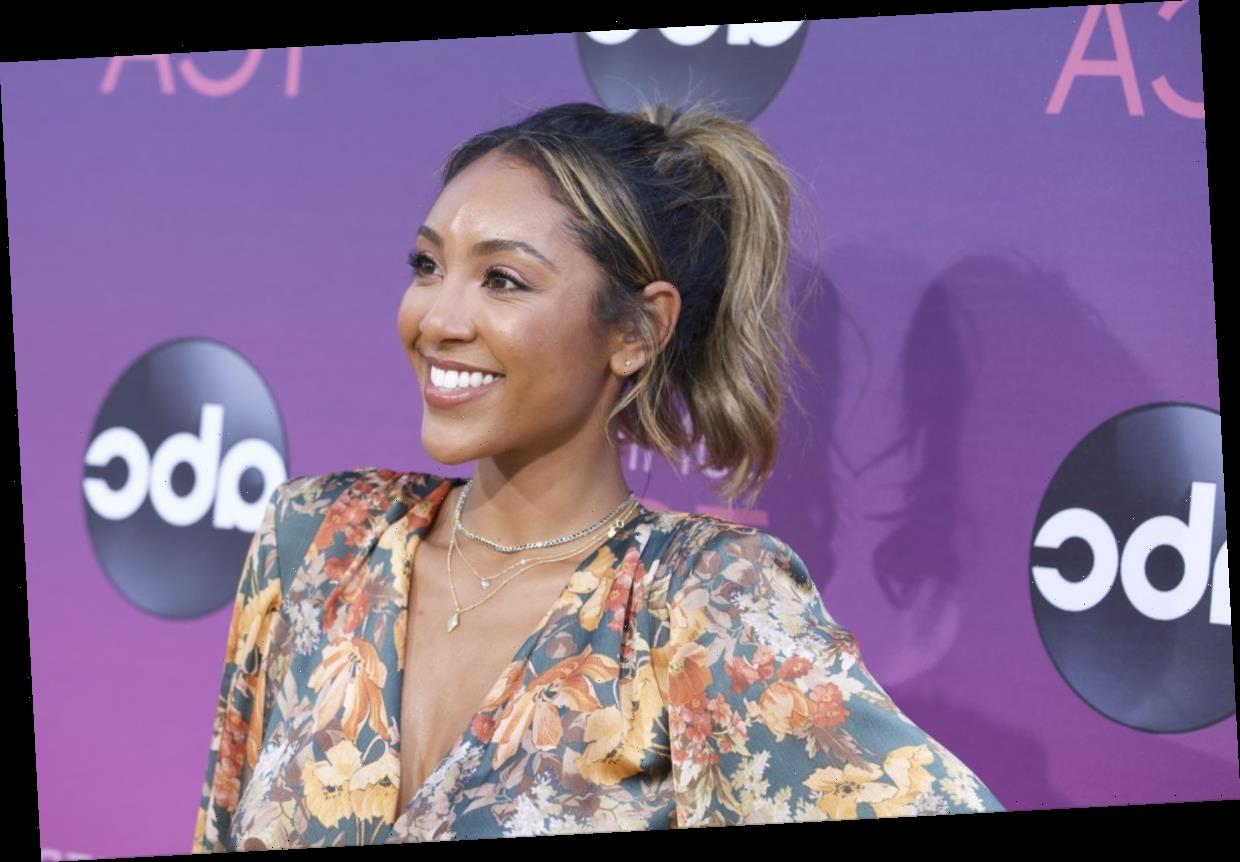 Tayshia Adams is reportedly the new bachelorette. Sources say that Clare Crawley began speaking with one of her contestants prior to filming and was “basically already in love” by the time cameras started rolling. So she ended her journey early, despite her contractual obligation.

Adams was in the running for The Bachelorette before Crawley was announced as the lead. So she’s a natural choice for runner-up. Nothing has been confirmed by ABC, but Adams was spotted filming at La Quinta Resort & Club in Palm Springs, California, where all of Crawley’s season was going to take place.

Typically, leads don’t get to have their phones with them while filming, which is why it was such a big deal that Crawley liked a tweet about Adams becoming the bachelorette. It signaled that her time as the lead really was over because she had her phone back.

The former Bachelor in Paradise contestant posted an ad for Smirnoff.

#ad You never know what tomorrow will bring! ✨Sometimes you just need to kick back appreciate the sweet things along the way, like beaches + sunsets + best friends + @smirnoffus Zero Sugar Infusions cocktails. 🍉🌱 This is what dreams are made of! 💚Head to my stories for more detail on these simple summertime recipes… #summercocktails

“#ad You never know what tomorrow will bring! Sometimes you just need to kick back appreciate the sweet things along the way, like beaches + sunsets + best friends + @smirnoffus Zero Sugar Infusions cocktails. This is what dreams are made of! Head to my stories for more detail on these simple summertime recipes… #summercocktails,” she captioned the post.

After such a juicy Bachelor news-filled weekend, fans of the franchise flocked to the post to discuss Adams as the bachelorette and how she got away with posting something when leads typically aren’t allowed access to their phones.

“Excuse me why do u have ur phone,” asked one fan.

Other fans theorized that Adams may be quarantining still. Crawley and her contestants reportedly arrived at La Quinta Resort & Club two weeks prior to filming anything so they could properly isolate. Some fans think Adams is in the midst of doing the same thing and so maybe still has her phone.

If there’s one thing I’ve learned this year, it’s to slow down and work on ME. As life has forced us all to pause, for me personally so much introspection & self development has taken place in last 12 months.⁣⁣ So I’ve decided to end my 20s with a fun goal to push myself to do something I’ve yet to achieve -running a half marathon. ⚡️🏃🏾‍♀️I’m on a 8 week schedule and I have to say my little buns are sore but I’m loving every second of it. And yes as much as life recently has been a rollercoaster of emotions, i couldn’t have asked for a more challenging but rewarding way to end my 20s. I’m learning to be comfortable with getting uncomfortable and I’m falling in love with the woman who isn’t afraid to fail. Anyone wanna join me in training so we can keep either accountable?! 🤣😉

Other fans think Adams scheduled the ad and that she currently doesn’t have access to her phone.

“I think this was an automatic post she had scheduled lol,” wrote one fan.

“Got to love that automated posting!” commented another Instagram user.

Other fans think one of Adams’ close friends or family members made the post for her with her login info.

Whatever the reason, fans are happy to see that Adams is still making money, even though she’s gearing up to be the bachelorette.

“Still getting that ad bag while on set, we have to stan,” commented one person.