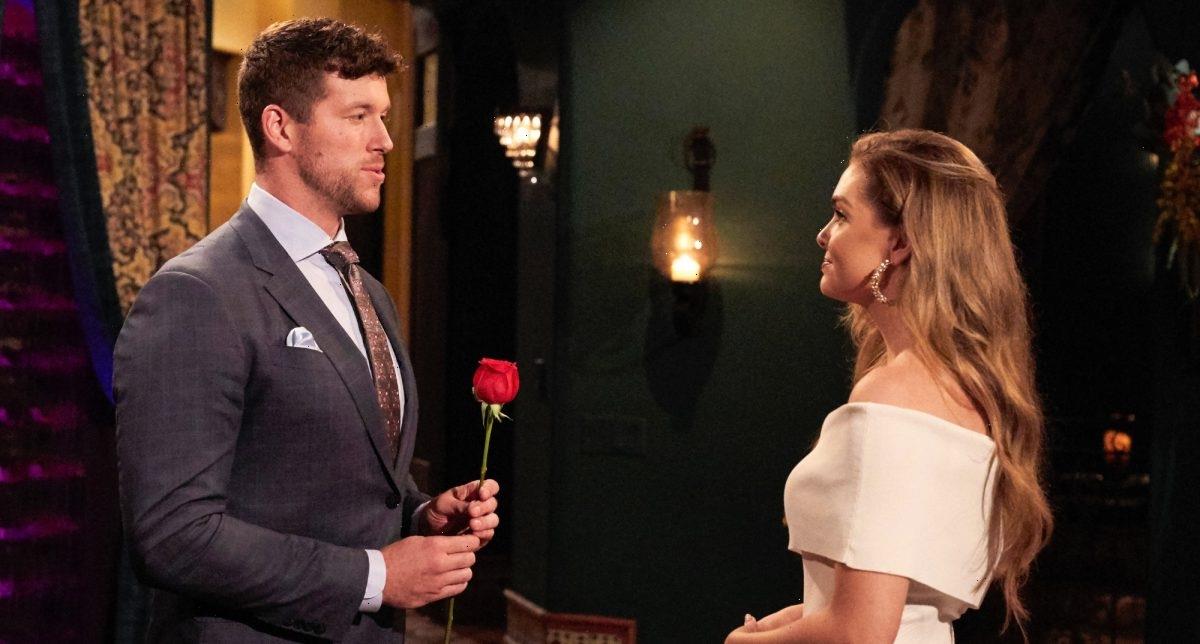 The Bachelor‘s Clayton Echard is under fire for what occurred during the overnight Fantasy Suite dates and what transpired between him and Susie Evans. With only a few female contestants left in the running to become Clayton’s true love, Susie learned a shocking truth from the former football player. After receiving backlash for the episode, Clayton explains he did not get to pick the order of the dates.

[Warning: The article contains spoiler information for Clayton Echard’s season of The Bachelor.]

This season of The Bachelor has resulted in a lot of drama, rivalries, a season villain, and Susie being sent home early. During the Fantasy Suite dates, Clayton got personal and intimate one-on-one time with Rachel Recchia and Gabby Windey. The bachelor ultimately gave each woman the same story of being in love with them and giving them hope of making it to the end.

It’s no surprise that Clayton decided to have a rendezvous between the sheets with the two women. But his actions caused turmoil and a break of trust for Susie during her date. During dinner, Susie got right to point and asked Clayton if he had been sexually intimate with Rachel and Gabby. His answer forced Susie to reconsider her love for Clayton.

Susie explained to Clayton that it was a deal-breaker for her that the man she loves was with other women. This resulted in Susie going home. While Susie was heartbroken, Clayton was also. “All three of the women said, ‘I want you to explore the other relationships fully,’ almost verbatim,” he said to US Weekly.

Clayton has received malicious comments and backlash from fans since his actions and how he handled Susie’s departure.

A majority of fans of The Bachelor felt the episode’s outcome could have gone differently if the order of the dates had been changed. In theory, Clayton might or might not have been intimate with Rachel and Gabby if Susie was the first date.

According to Clayton’s appearance on Kaitlyn Bristowe’s “Off the Vine” podcast, he had no real choice in the order of the dates. He answered “no” that he did not get to choose the order, but it is more complex than that.

“They came in, and they said, ‘We think you should do this way,’ and they convinced me. … They’re like, ‘You need to keep your other options open, you need to keep everything open, so don’t close off. Because if Susie goes first, we’re afraid you’re gonna close off.’ So I said, ‘OK.’ … I did have a say in it at the end of it all,” explained Clayton.

Could it be that the producers knew something about Susie that Clayton did not? By Clayton’s explanation, the producers of The Bachelor somehow knew Susie had a bigger grip on Clayton. Fans have since felt Clayton “gaslighted” Susie into believing they were endgame. Clayton explains it’s “farther from the truth.”

The end of The Bachelor with Clayton is near as the final two episodes will premiere tonight on ABC at 8 p.m. EST and on Tuesday, March 15, 2021.

Clayton’s options are now down to Rachel and Gabby with the drama concerning Susie. But rumors are circulating that one of the final contestants might reject the bachelor’s proposal. Fans will have to watch tonight to see if Clayton’s breakup with Susie has changed the mind of Rachel or Gabby. The question remains, who does Clayton really love to give the final rose to?